November 14, 2018
Here is a story that turns on one historic fact: A researcher contacted Sharlot Hall in 1906. Joseph Fish related that Sharlot Hall, herself a noted historian of Arizona, had informed him that "Olive had two children while among her captors, [and] that one a Mohave sometimes visited Fort Yuma. But in her own rather extensive study of the Oatman story, Hall made no reference to Olive's children."

This is a story I am working on for a special little booklet I will be producing.

She saw him in the moonlight on the banks of the river. 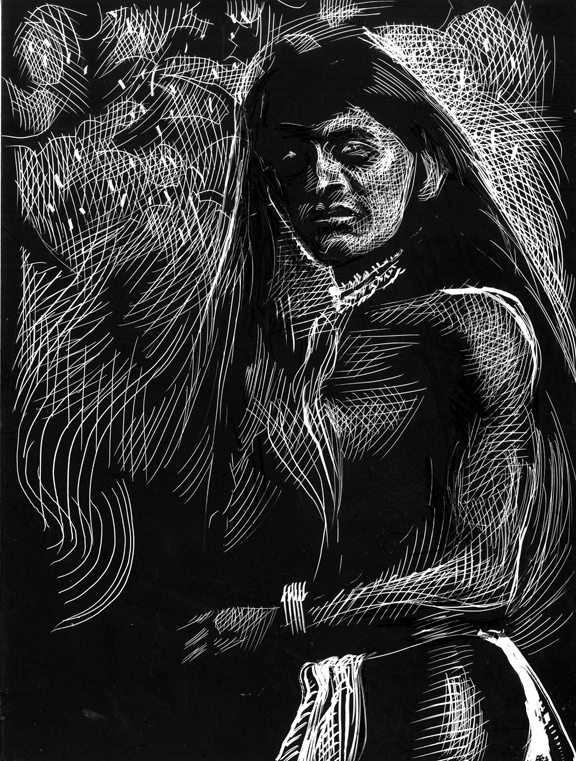 I think it was because Sharlot felt Olive had suffered enough, but my hunch is that this would be a big, bitter pill to swallow for someone who seeks the truth in history.

"No story has a happy ending unless you stop telling it before it's over."
—Orson Welles
Posted by Bob Boze Bell at 1:50 PM