Fake It Until You Break It

July 1, 2019
I'm a little buggy this morning. Worked all weekend on cover ideas for our Johnny Ringo story. 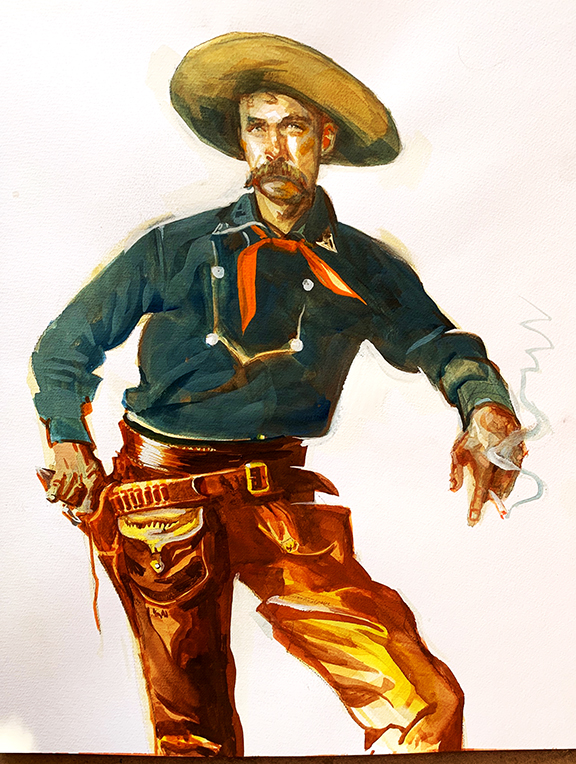 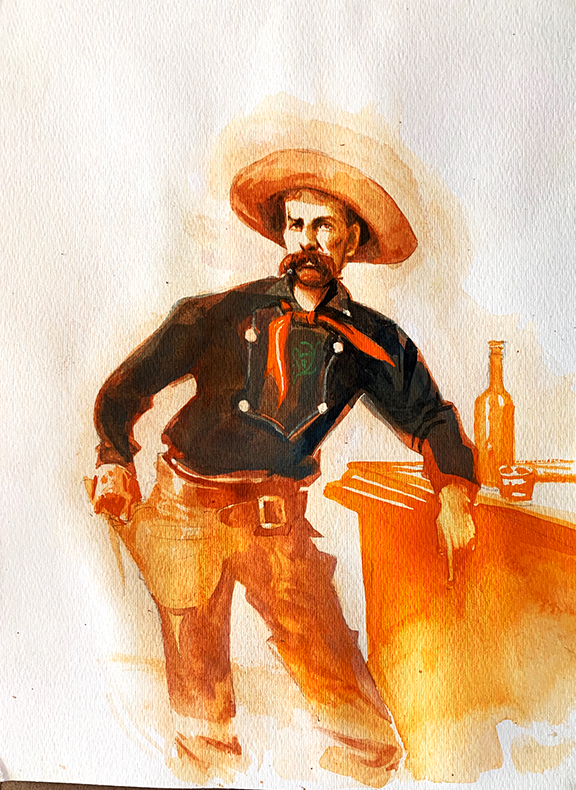 Daily Whip Out:
"Johnny Ringo Studies for The Bar"

"Looks like he didn't pass the bar."
—Juni Fisher

I personally really liked Dan The Man's photo mash-up, utilizing the only known photo of Ringold and marrying his head to a photo of a cowboy, but Stuart Rosebrook is adamant we can't run it because it's "fake" and we are supposed to be the stewards of authentic photographs. 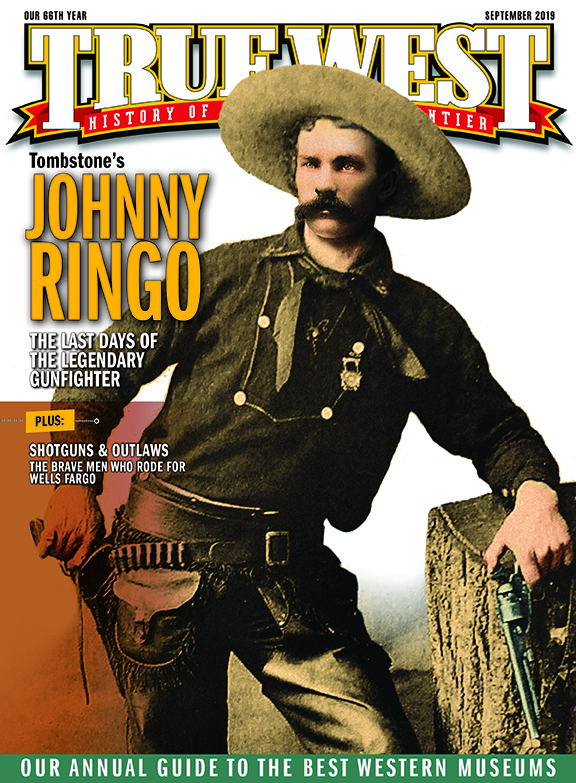 My position is, both my painting and Dan's Photoshop rendering are depictions of Johnny Ringo, why does it matter if one of them is a painting and the other is a Photoshopped artistic rendition of the same scene? We're not trying to pass it off as a real photo, we're merely trying to sell the idea of how Ringo might look as "The King of The Cowboys."

Put another way, if a photorealism artist painted the above mash-up to look like a real Old West photo of John Ringold, would anyone be upset? Perhaps if they were fooled by it, thinking it was a real photograph, but come on: Artistic license, anyone? 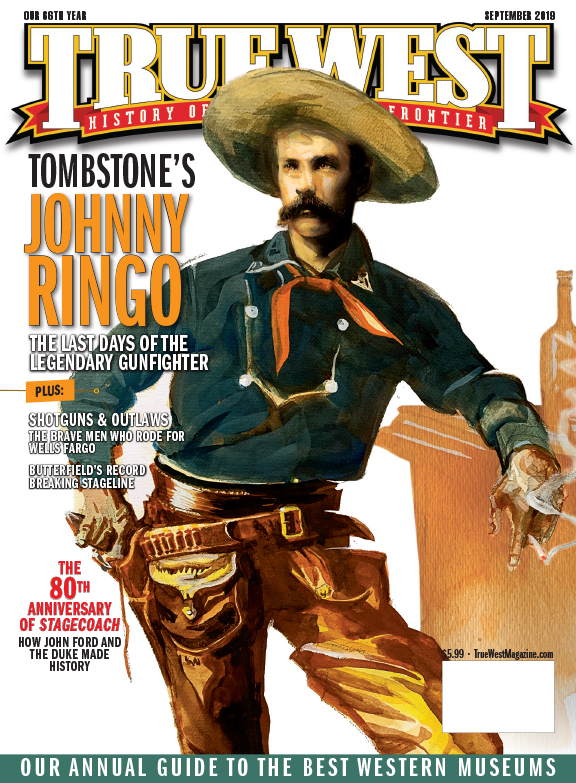 Dan The Man Does One More "Blend"

So, I called The Top Secret Writer to weigh in and here is what he had to say:

"Considering the current controversy over Old West photographs, the use of any photoshopped image on your cover is really calling in an air strike on your own position. A painting or a movie image are quite different from an altered image no matter how clear you make what you are doing. It will turn up on ebay as "newly discovered" and worth 50k on "buy it now." Sorry that the real image of Ringo is such a dud-spud."
—Paul Andrew Hutton