April 8, 2020
Working on riders in the sky, to go with the dramatic skies I did yesterday, like this one: 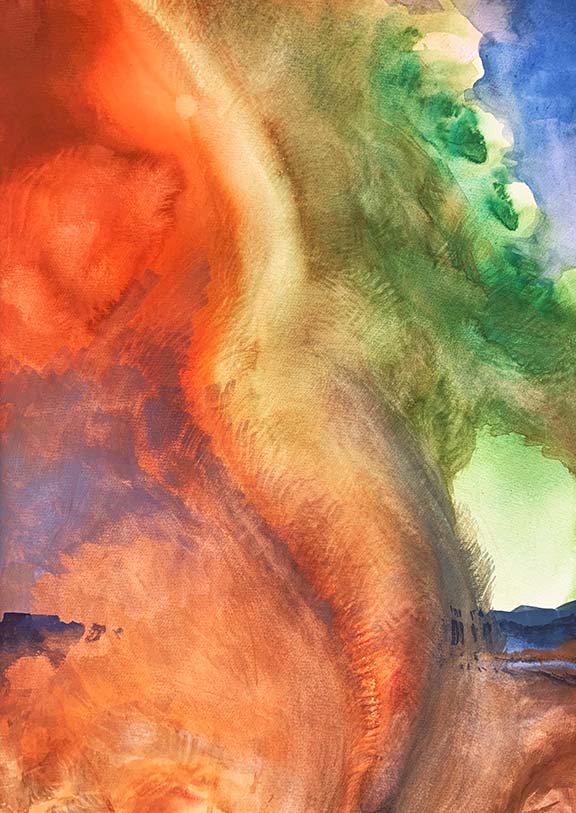 My idea is to put a mounted rider in that swirl of dust, like this: 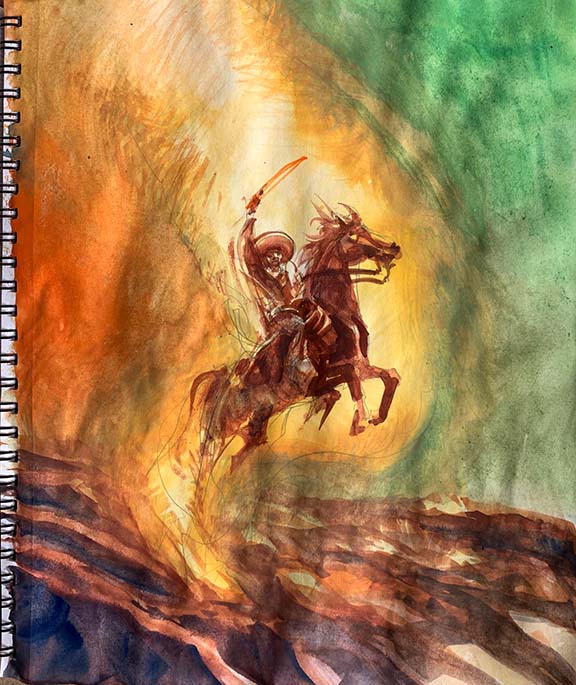 Prine Praise
"He had that combo of one hundred percent no bullshit combined with humor and tragedy. I learned a lot from him. I love the way he’ll get so silly with lyrics it’s almost corny, then drop the most brutal lyric that you’ve ever heard and you go from 'that’s a bit too corny, John' to 'That’s the most f***ed up thing I’ve ever heard' in one second flat. Who else has the balls to do that? Like in the song, 'Often is a phrase I seldom use.' After singing that over and over he just says, 'How’d you like to die in a house of mirrors with nobody around to close your eyes.'

God dang, man. Who else does that?!"
—Carson Mell

Kathy and I saw John Prine last year at the Celebrity Theater in Phoenix for the first time, and for all intents and purposes, the last time. He closed with "Lake Marie" which has the craziest, mashed-up lyrics that prompted Bob Dylan to crack, "Only John Prine could have written that song." In the middle of it Prine sings about trying to save his marriage by going camping and fishing, and he casually mentions his wife going to sleep, "Humming the tune to Louie Louie," and then at the end of the song, he circles back with, "Aw, we gotta go now," which is one of the signature lines of the classic Kingsmen dittie. I heard it—"Lake Marie"—the other day and I just broke down and cried. It's so absurdly perfect.

“Writing is about a blank piece of paper and leaving out what’s not supposed to be there.”
— John Prine