Wrappin' With Lettuce, Riding With 'Rhoids

April 29, 2020
Yesterday my quarantine cellmate cooked up some lettuce wraps for lunch. Here she is finishing up the fixin's on our stove. 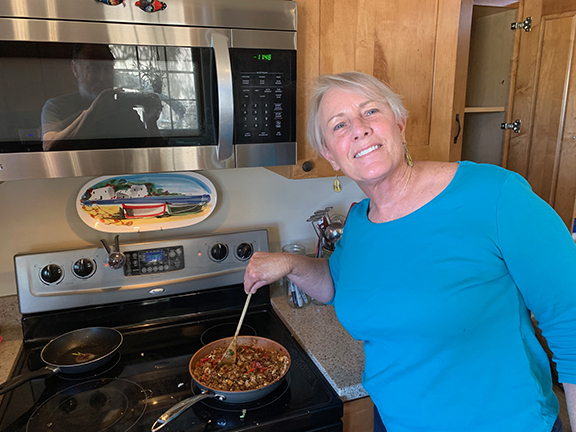 Note: the reflection of the grizzled prospector in the microwave window taking the picture.

The Duke of Dust has been busy. 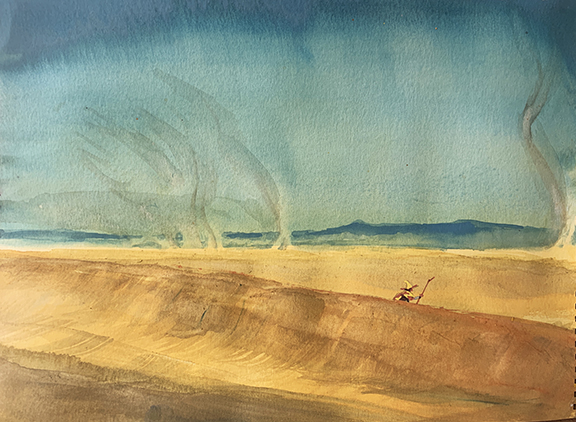 As I have been studying plagues and pandemics in the Old West, I have run across some pretty raw data, like this. 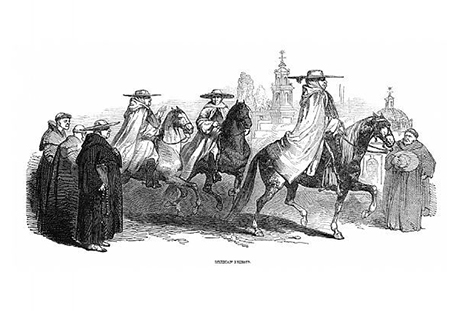 Priests Out Riding, 1820
a woodcut


Blazing Saddles, Indeed!
Here's something you never see in Westerns: "Hemorrhoids were just one of the discomforts of the missionaries." This is from a special report compiled by Rick Collins for the Tumacacori State Park exhibit this coming October. "Stomach ailments were a constant issue. Father President Francisco Iturralde wrote of Father Ramón López that he was “very delicate . . . he eats with repugnance and his stomach turns over and produces pernicious humors.” Fr. Pedro Font reported a bad case of diarrhea after stopping at Calabazas during the October 1775 Anza Expedition. He had been eating trail food until he joined four other priests for dinner. He and the two priests from San Xavier were all reported ill, apparently suffering food poisoning. Malaria beleaguered most priests. In 1764, Fr. Custodio Ximeno suffered from a form of malaria that caused him to have chills every fourth day. Fr. Juan Agorreta dealt with bad hemorrhoids and malaria at the same time." 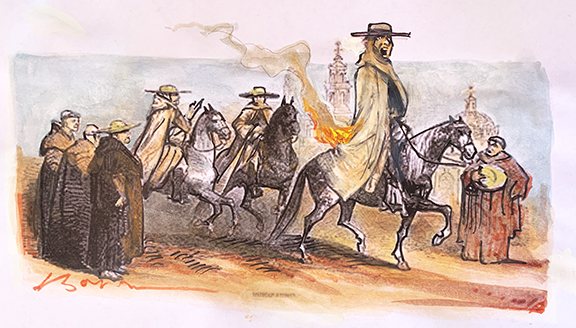 "Bob McCubbin and I were best friends and then not so good friends—Hey, we bought a magazine together. Still, bottom line, the guy had the best historical photos in the world and he always, always, shared anything he had with everyone, especially True West. That, my friend, is a man with integrity."