April 18, 2020
Thanks to Lynda Sanchez for turning me on to Rosa E. King's magnificent first-person account of the Mexican Revolution in, "Tempest Over Mexico," published in 1935. 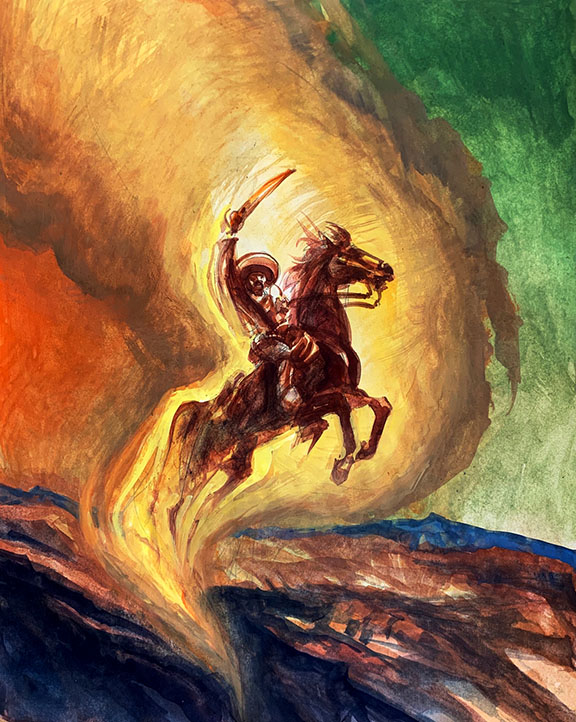 "No Caesar ever rode more triumphantly into a Roman city than did the chief, Zapata, with Asunsolo at his side, and after them their troops—a wild looking body of men, undisciplined, half-clothed, mounted on half-starved, broken-down horses. Grotesque and obsolete weapons, long hidden away or recently seized in the pawnshops, were clasped in their hands, thrust through their belts, or slung across the queer old saddles of shapes never seen before. But they rode in as heroes and conquerers, and the pretty Indian girls met them with armfuls of bougainvillea and thrust the flaming flowers in their hats and belts." 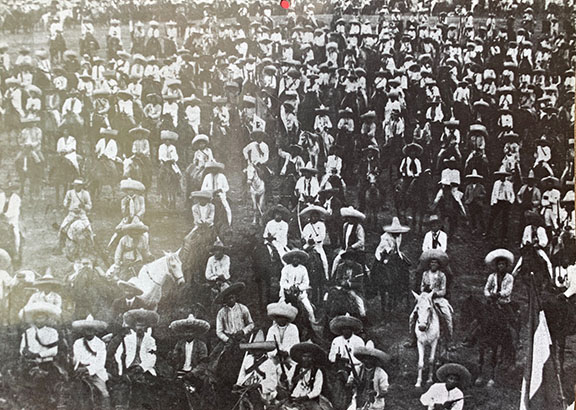 A rare photograph of the conquering
Zapatistas in Cuernavaca, 1911

They look more like the grand entry of a local rodeo than fierce fighting troops but they were formidable. On the other hand, here is what the Federal Army they were fighting, looked like: 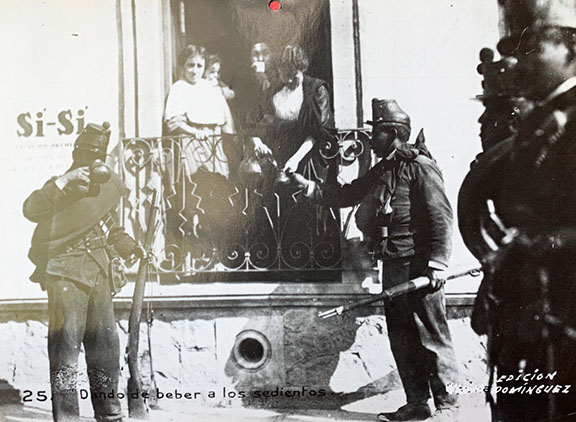 "Quickly close everything, Senora King! The fierce Zapata is coming, killing and destroying everything in his path!"
—Rosa King, describing what a "Leading man of the town" said, regarding Zapata's approach