Party On The Pandemic Patio

April 15, 2020
As promised, I haven't shaved since the quarantine began in mid-March and it's starting to show. 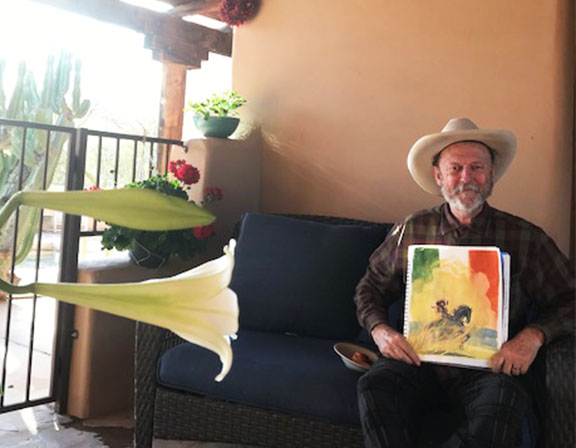 Still drawing every day in my sketchbook. Here I am at the end of the day, partying on the pandemic patio with blooming lilies and my honey, who took the photo.

Since we got back from Mexico, Kathy has been utilizing all the pots we bought in Rocky Point and  she has been planting like crazy. Here she is with part of her pandemic patio garden: 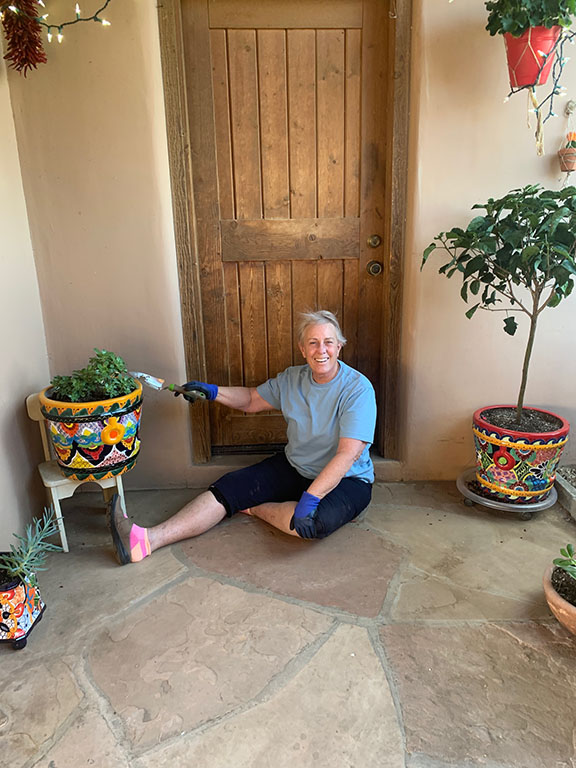 An Unfinished Masterpiece
I finally broke down and bought one of my favorite Westerns last night.  Here's just one of the reasons I love it so much. You know how in almost all the Westerns filmed on Hollywood studio back lots, the buildings are finished, plumbed and squared. Why? Probably because the union carpenters who built the buildings, weren't paid until the job was finished. Down to the last jib and swinging door.

Now, if you've studied photographs of real Western towns from back in the day, you know the opposite is true. In a boomtown everything is hastily being constructed with doorways half done, windows half-framed, piles of lumber everywhere. That's just one reason why I absolutely love this movie: 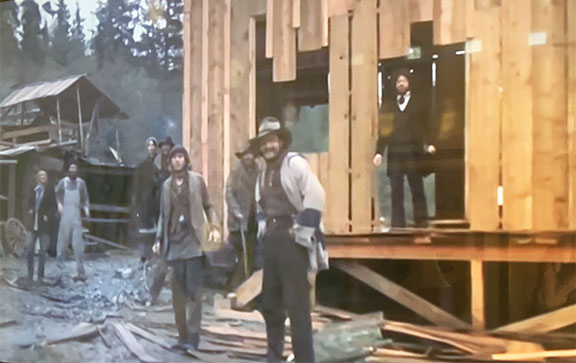 Yes, that's John McCabe (Warren Beatty), standing in the doorway of his unfinished whorehouse as he and the other men take a gander at the arrival of a wagonload of "residents of horizontal houses," which is what proper people sometimes called soiled doves. Rarely have I seen a frontier town portrayed as accurately as Presbyterian Church, which by the way, was the original title of the movie. ("The Presbyterian Church Wager"). Not sure why Robert Altman changed the title at the last minute, but I don't care. It's a half-finished, dead on classic and I love it.

"Well you'll have to forgive me, my kitchen ain't in operation yet, but I could take you up to the restaurant up there if you're hungry enough."
—John McCabe (Warren Beatty)