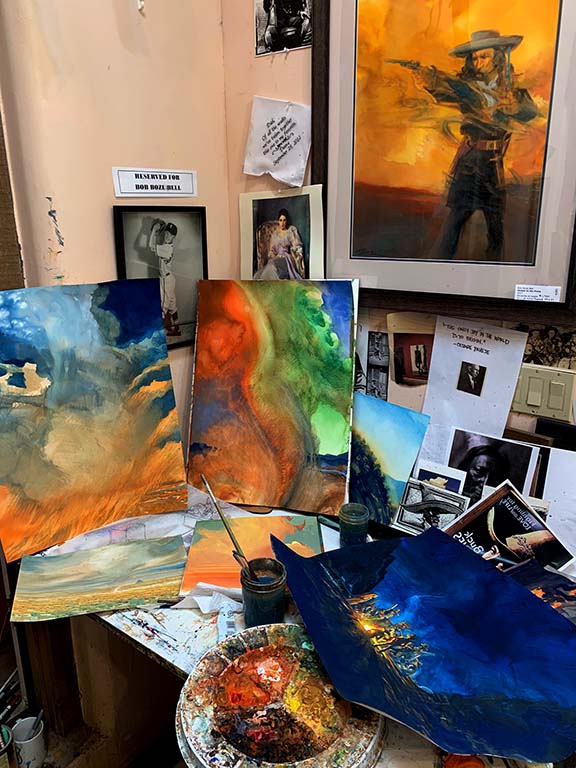 I wanted to emulate the Mexican flag with strong greens and reds and whites and I think I accomplished that, on the top, right. But then a new problem arose. I don't want to ruin it. So, I'm stuck. I'm afraid to touch it!

Ha. One problem solved, creates a different problem. Ultimately, I have no choice but to ramble on. Verdict tomorrow.

"The autumn moon lights my way
For now I smell the rain
And with it pain
And it's headed my way
Ah, sometimes I grow so tired
But I know I've got one thing I got to do
Ramble on. . ."
—Led Zeppelin

I normally don't do two quotes, but today is an exception, because, well, this is just too good.