April 23, 2020
In the upcoming June issue of True West magazine (we go to press a week from today) we are going to feature just a fraction of the outpouring of love for our late friend Bob McCubbin. 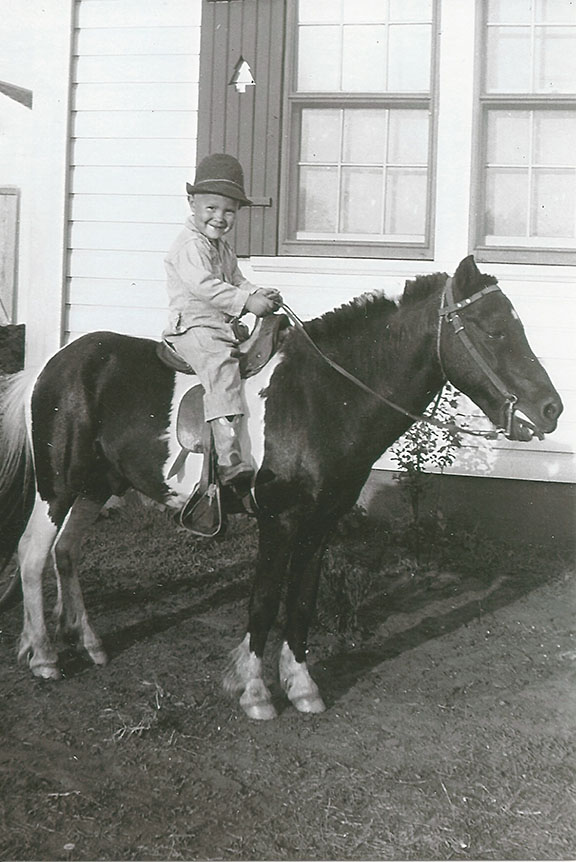 Here are a couple of tribute tidbits:


"Robert G. 'Bob' McCubbin passed away, peacefully in his sleep, on Thursday morning,
April 9, 2020, in Santa Fe, New Mexico, at the age of 83. Bob was the founding president of
Wild West History Association and known world-wide for his two important collections:
photographs of Wild West and frontier characters, and his one-of-a-kind collection of first
edition books and pamphlets. Born February 17, 1937, in Stillwater, Oklahoma, he was the father
of four children, Cody, Julie, Tacey and Bobby, and several grandchildren. He is also survived
by a dear brother, Don and wife Mary Ann, and their daughter, Cheryl.

"Due to the current situation with COVID 19, no funeral service will be held at this time.

"A memorial service will be conducted in Lincoln, New Mexico, at the first opportunity. Long-time friend, Roy B. Young, will deliver the eulogy. Further notice of arrangements will be
announced as soon as they are known."
—Roy B. Young


"The problem with asking what image or artifact Bob McCubbin was most proud of is that it’s like asking, 'which one of your children do you love most?' Bob did not discriminate. He seemed to think of his entire collection – books, photos, manuscripts, artifacts – as a single thing: 'The Collection.' He acquired (and let go of) items relative to their value to the Collection. From garters to guns, every piece was special and had a place in the whole.  Even the Billy the Kid knife (which he was definitely proud of), was part of his overall vision. Bob was unique in the way he collected in that he did it because of his love of history and commitment to accuracy. When Bob identified something he wanted or needed, he dug deeper than anyone to make sure he acquired all the knowledge and accouterments to go with it. He had a great sense of humor about things he wished he might own (like the Billy the Kid Upham tintype), but he was never jealous of anyone else’s collection. Always honest (occasionally to a fault) and generous, he was a historian who happened to be a collector, and he just wanted to share it all with the rest of us."
—Brian Lebel
Santa Fe, New Mexico 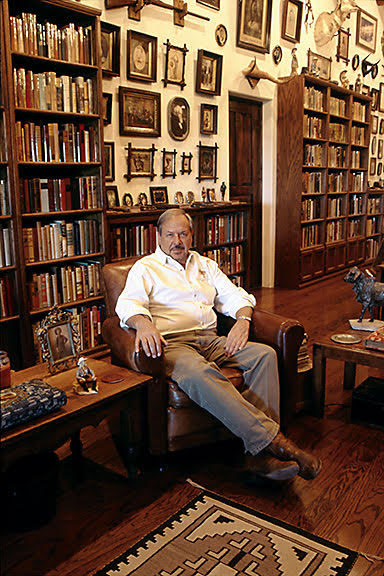 When Bob and I were scheming to buy True West magazine back in 1999, McCubbin suggested to me that we ask his boss at El Paso Gas, Rick Baish, to join us in the purchase, which Rick generously agreed to do. Although Rick eventually tired of the negative cash flow and the snake pit of problems in a business he knew nothing about, he did provide us with much needed extra capitol and we couldn't have succeeded without him. Here is Rick's remembrance of his friend and colleague.

"Bob McCubbin was my friend over a period of nearly 30 years.  Readers of True West likely will know him as an historian and preeminent collector of photographs, books and artifacts relating to the Old West.  Likewise, I expect most of the remembrances will focus on that aspect of Bob's life. I'm not going to be able to add much that is new or novel in that respect.  Maybe, though, I can add something concerning Bob's 'day job.'

"Bob and I both worked for El Paso Natural Gas Company.  Bob was an Oklahoman, with an engineering degree from Oklahoma A & M (now, Oklahoma State) University.  He worked for EPNG in a variety of capacities for more than thirty years, including an assignment that took him to Algeria to train workers in that country to operate and maintain a major liquified natural-gas export facility.  His competence and leadership skills earned him a succession of increasingly important jobs over the years, culminating in the position of Vice President, Operations and Maintenance.

"From the mid-1990s until his retirement, I was Bob's 'boss,' but really, only in the sense that my name was above his on the company org chart.  When it came to the actual, physical pipeline system of steel and horsepower, Bob ran the show.   Aside from my corporate, legal and financial responsibilities, my role basically was to make sure that Bob had the space and resources he needed to keep the physical system running.  Otherwise, I tried to stay the heck out of his way.  As a 'recovering lawyer,' I thanked my lucky stars every day that I had Bob McCubbin to make sure that gas actually flowed and nobody got hurt.

"Running EPNG's pipeline system was a job worthy of Bob's skills.  The system is both a marvel of engineering, and a monster requiring constant attention. Imagine being responsible for the delivery each day, every day, of billions of cubic feet of highly-combustible natural gas, at pressures measured in hundred of pounds-per-square inch, across thousands of miles of desert and mountain, and to do so safely, reliably and efficiently, 24/7/365.  And imagine that you had to oversee an O&M workforce of over a thousand people, and an annual budget measured in hundreds of millions of dollars, to make that happen.

"When Bob was running it, the system consisted of roughly 10,000 miles of large-diameter, high-pressure steel pipe, powered by some 1,000,000 horsepower of compression, with associated monitoring, communications and control elements.  it stretched in interconnected segments, across the Southwestern US, from the oil-and-gas production areas of west Texas and New Mexico, across Arizona, to delivery-points on the the Colorado River to southern and northern California and to Las Vegas.  During periods of peak demand, the system was designed to deliver up to 4,000,000,000 cubic feet of gas each day to meet virtually the entire natural-gas needs of far west Texas (including the City of El Paso), southern New Mexico,  Arizona (including Tucson and Phoenix), and Las Vegas, as well as the majority of the gas required by the State of California.  The importance of the EPNG system to the national economy is such that during the Cold War, the Soviets had targeted some of their arsenal of nuclear-tipped ICBMs to take it out.
"That, in a nutshell, is what Bob did for a living.

"Meanwhile, I'll give you a few specific recollections that show something of Bob's character.

"Bob was not a big talker,  He made himself understood without a lot of fancy speech.  I asked him once why he didn't use words of more than two syllables.  He answered that growing up in Oklahoma, he had no need to learn longer words.  Or many words, for that matter.

"When he chose, Bob would crank up his Oklahoma accent.  As has otherwise been noted, he particularly liked to pronounce the word 'lawyer' in a way that made it sound like he was saying 'liar.'  He would introduce me, for example, as 'my boss, who is a liar.'

Bob was definitely 'old school.' When EPNG's Information Systems people offered to put a personal computer in his office, he absolutely refused.  He said all he needed was a pencil and a pad a paper.  He took to calling that 'McCubbinSoft.'  I believe he also kept a slide rule in his desk until the day he retired.

"As a general proposition, Bob had no use for the legal profession.  He once told me that I was only tolerable because I didn't do divorces.

"When Bob found himself single again at a relatively advanced age, the first thing he did was buy himself the cutest little dog he could find. He took that dog with him everywhere, including places where you wouldn't expect to see an old guy who himself, looked like the leader of a gang of border bandits, with a  fru-fru dog.  Bob named the dog 'Bear' because it looked like a teddy bear.  Privately, however, when I called it 'Chick Bait,' he would just smile, and offer no objection."

"The only thing new in this world, is the history you don't know."
—Harry Truman