One Month In Quarantine And Counting

April 13, 2020
I believe today marks one month in quarantine. It has been a mixed bag. For the longest time, previous to the pandemic outbreak, I have wanted to just stay home and work in my studio, on projects of my own design. Imagine how much work I could get done? I said to myself. Well, here we are a month in and what do I have to show for it? 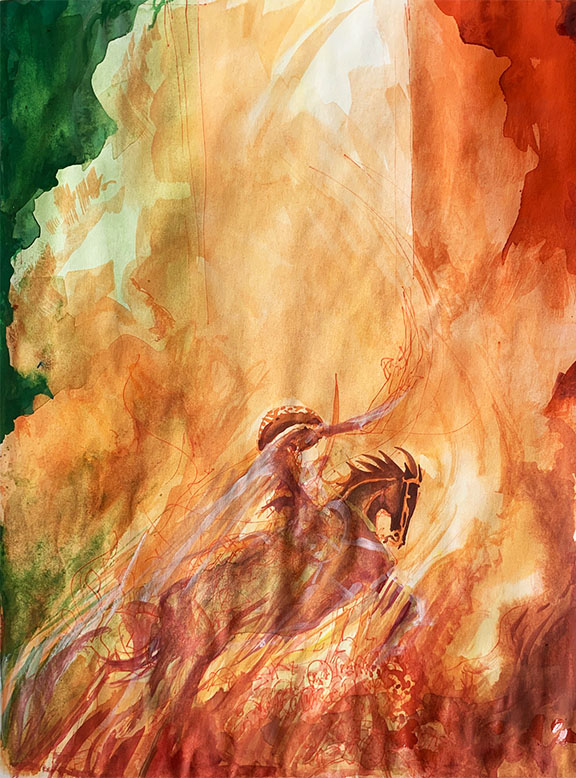 I am still seeking a lone rider in the dust with the formation of the Mexican flag in the background just coming into shape. I've got two others in development. More sketches as the quarantine continues.

Lessons Learned, So Far
• If someone you know is dying, Dr. Diane Meier, director of the Center to Advance Palliative Care, recommends these five thoughts to convey to a loved one (even if you cannot be present):

Thank you.
I forgive you.
Please forgive me.
I love you.
Goodbye.

• If you look at the last big pandemic, The so-called Spanish Flu (1918-1920), it lasted two years and had several spikes and although there were declines, it came back more than once. It appears this one will have similar attributes. Wishful thinking wants it to be a V, a painful decline and a rebound, but if history is any guide, we are probably in for, what they call a lazy W.

• We had our first Zoom True West staff meeting two weeks ago. Kathy and I had our first "virtual lunch" with our grandkids in Seattle, last week, and, two days ago, Kathy and I did our first virtual yoga class in the dining room. I actually preferred it to an actual yoga class because I didn't have to do downward facing dog. I hate that position and when I'm in a real class, I have to do it, and I really hate it because my shoulders are tight and, well, you know, only child syndrome.

• I actually enjoy cleaning in studio, and going outside from time to time to check out the clouds. 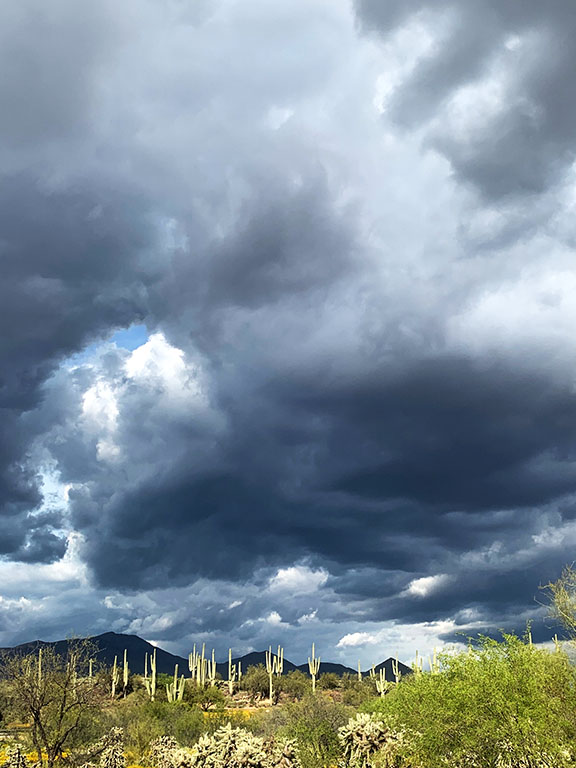 This was night before last. Didn't amount to anything in terms of rain, but Man, what a sky!

I have more time to check out videos. Fellow True West staff member and former weekend rocker, Greg Carrol, sent me a cool video which features a certain Texas blues maestro "spankin' the plank," as he puts it: 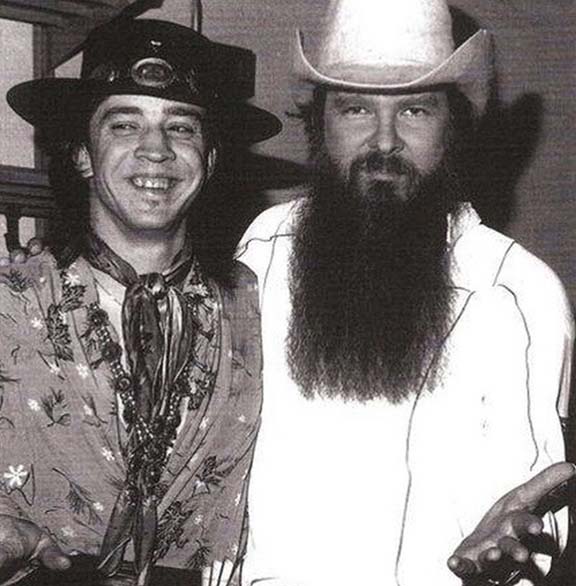 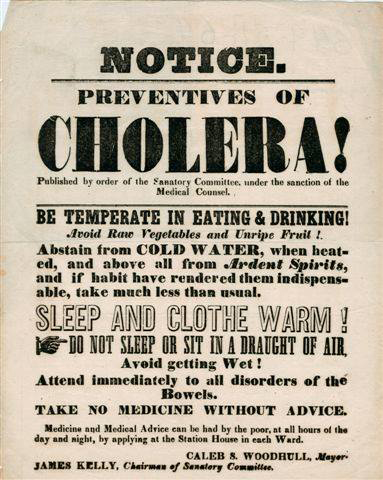 A Plague Hits Close to Home
My grandfather, Robert Guess, was born near Weed, New Mexico in 1888. I say "near" because the family tradition is that he was born near the southern border with Texas in the Guadalupe Range, but the closest post office was in Weed, so that is what is listed on his birth certificate.

When he was a teenager, he contracted typhoid while tending cattle at a remote waterhole and became so sick he couldn't remount his horse. A traveling family found him and helped him on his horse and he rode home, only to contaminate his two sisters with the dreaded plague. 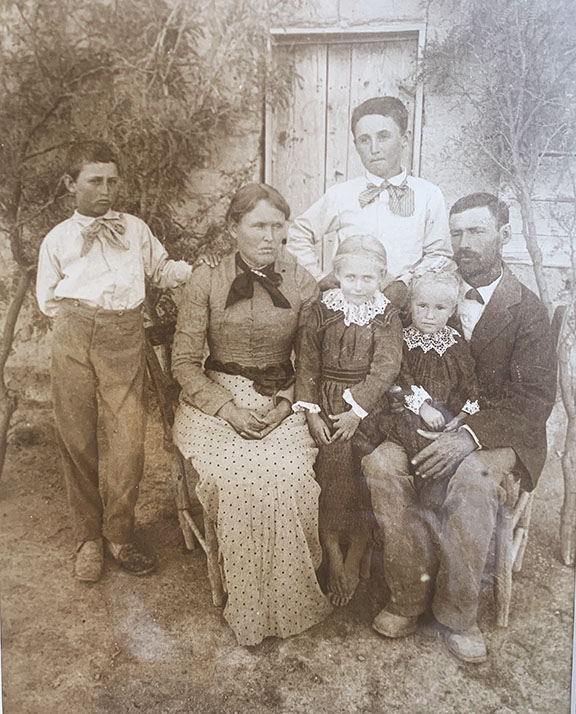 The Guess family in the wilds of New Mexico

My grandfather, Bob Guess (standing in back, center, because he had no shoes on). His sisters died from the disease and were buried in the Orange, New Mexico cemetery with a temporary marker that misspelled their sir name as "Guest children". While growing up, my grandmother often told this story and hoped that someone in our family would find those graves and give them a proper headstone. In 1991, I flew my mother and her older sister, Sadie Pearl, and my two kids, to El Paso, where we rented a car, bought a bag of cement, and drove out past Cornudas and Dell City, Texas to the Orange Cemetery where we mounted a proper headstone on their graves.

"My schedule for today lists a six-hour self-accusatory depression."
—Philip K. Dick
Posted by Bob Boze Bell at 10:49 AM