A Painting Hero of the Grand Canyon: Gunnar Widforss

July 31, 2020
Caught up with one of my painting heroes last week. That would be this guy. 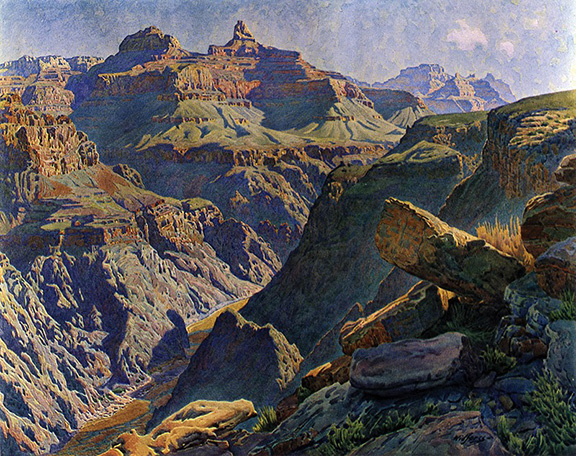 
And here's another beauty by Gunnar as well. 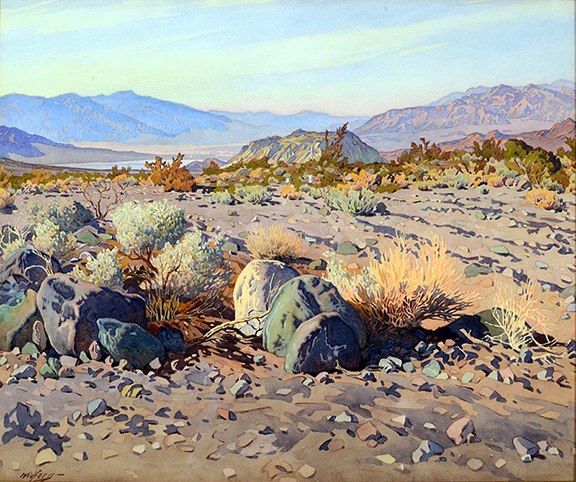 When we were at the Grand Canyon last week I asked my friend and Windforss expert, Abe Hays, where Gunnar is buried and he told me the prolific artist is buried near El Tovar, and it was Kathy who found his grave in the Pioneer Cemetery at the South Rim. 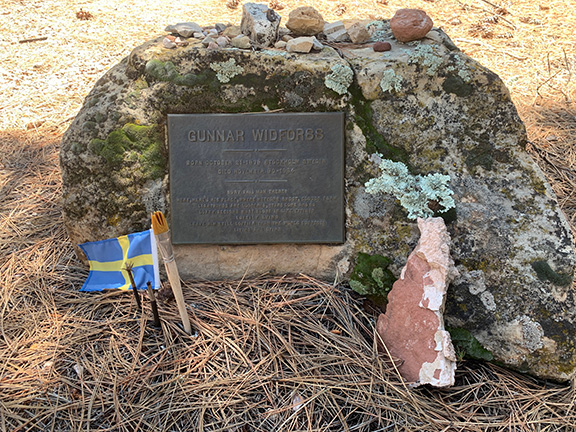 The Widforss Trail on the North Rim of the Grand Canyon was named for Gunnar Widforss. The trailhead is approximately 3 miles north of the North Rim Lodge. The trail follows the canyon rim and meanders through the forest to emerge at Widforss Point. Widforss Point is a narrow, wooded promontory half a mile southeast of the end of the Widforss trail.

I want to go visit this trail. Meanwhile, my old, studio compadre, Ed Mell, owns a Gunnar Widforss original that portrays the North Rim area that has the trail named for him. 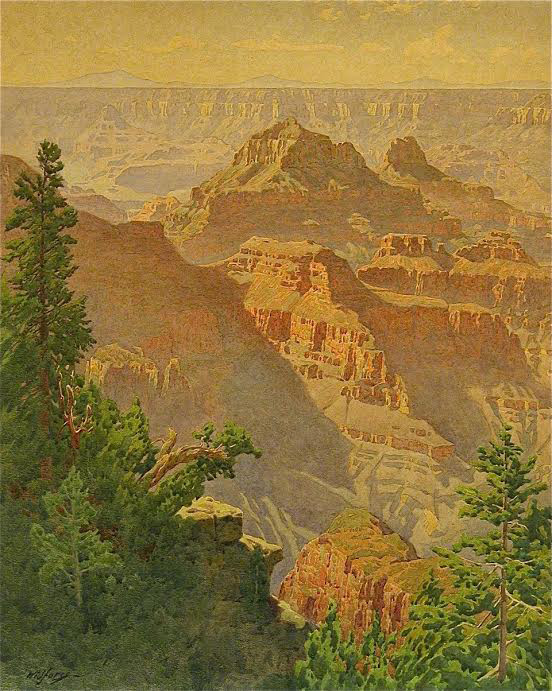 Gunnar original, of the North Rim,
owned by Edmundo Segundo

Jealous? Oh, I think so.

"The world may be a stage, but the play is badly cast."
—Old Vaquero Saying
Posted by Bob Boze Bell at 5:15 PM