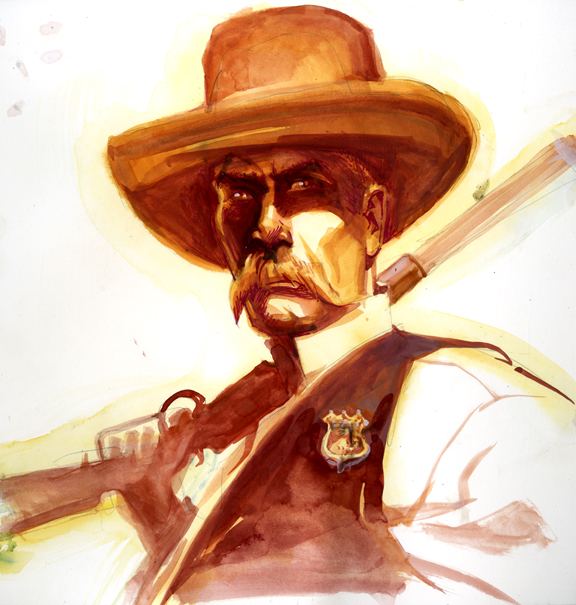 Daily Whip Out: "Virgil In Prescott #3"

This is for our October issue. We've got a fine piece by Bradley G. Courtney on Virgil and Allie Earp landing in Prescott, two different times, with brothers Wyatt and Morgan and friend Doc Holliday trailing behind, and I want to do it justice. 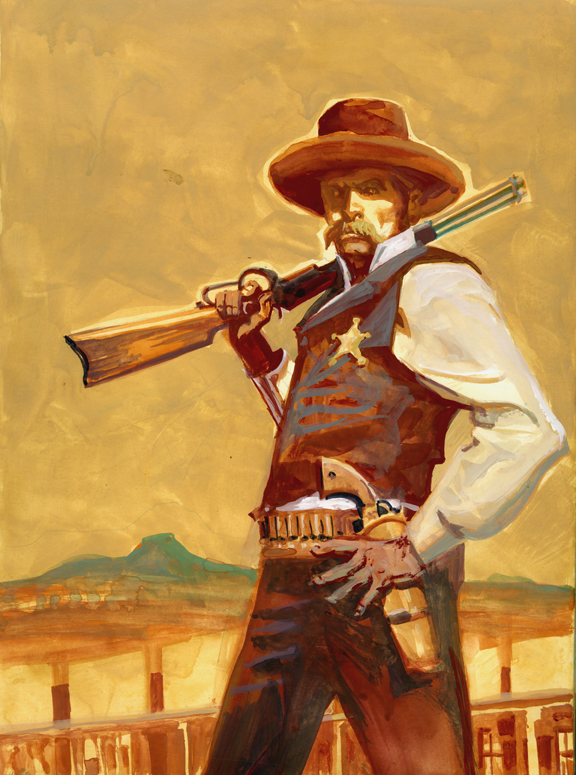 Daily Whip Out: "Virgil In Prescott #4"

Not there yet, but I'm not worried. Whenever I get discouraged I simply think of something Abe Hayes once told me about one of my heroes: Abe told me that Maynard Dixon sometimes did as many as 85 sketches and drawings before he got it to his satisfaction.

So I've got eighty more to go and I certainly have the scrap to get it right. 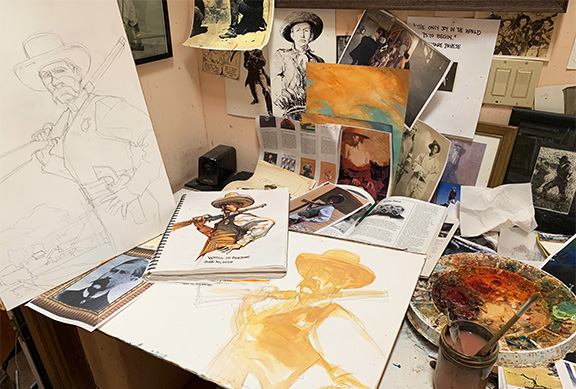 "Victor French directed this [episode of 'Gunsmoke'] and thought it'd be great for me to be sitting in a rocking chair watching Matt Dillon dig his own grave. . .and the dialogue was that I said, 'Alright Dillon that's deep enough. You got any last words?' And Matt was supposed to say, 'You'll never get away with this. The law will track you down. You'll live to regret it.' So, I watch Dillon dig for awhile and I say, "Alright Dillon that's deep enough. You got any last words to say/' And Jim [Arness] takes off his hat and looks skyward, and he says, 'The lord giveth and the lord taketh away. And if that ain't a square deal I'll kiss your ass.' We didn't get back to filming for a half hour."
—Morgan Woodward reminiscing with Jeff Hildebrandt, from Jeff's new book "Gunsmoke Memories"
Posted by Bob Boze Bell at 4:52 PM