The Chill & The Thrill of Trout And Eggs On Beaver Street

July 22, 2020
Kathy and I took off for Flagstaff and the Grand Canyon yesterday at two.

We were headed for the cool (it was 108 when we left) and this morning we got it: 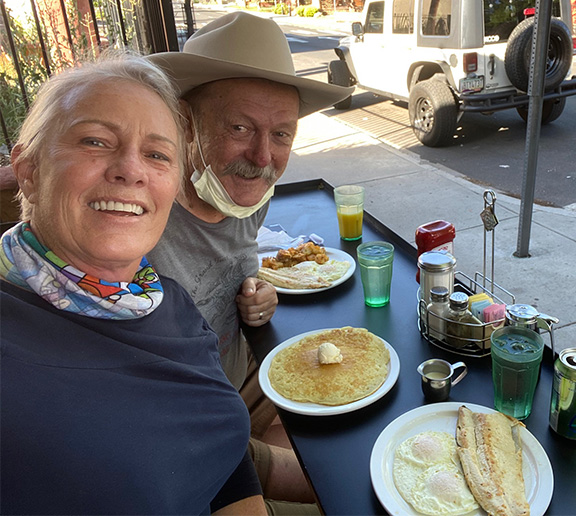 65 degrees, trout and eggs (and one pancake)
at Brandy's Cafe on Beaver Street

On the trip up yesterday, we ran into a back-up on I-17 at Anthem. Turned out it was a brush fire in the median. Took about ten minutes to get through. Down to one lane, you know the drill. 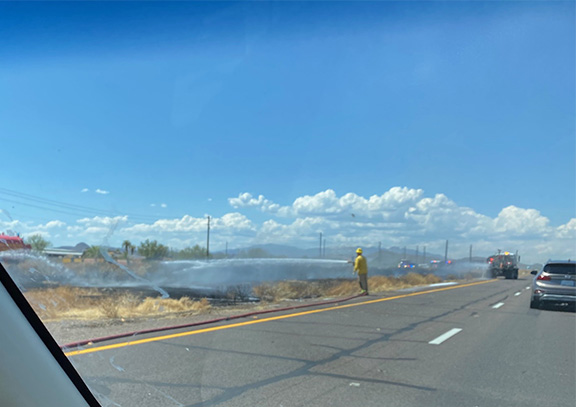 Brush fire in the median at Anthem and I-17

Now here's the shocker: there were burned sections along the roadway all the way to Flag! We must have passed 20 blackened areas, some going on for miles. Shocking really. They even had one of those big signs on wheels that said, "Do not report fires. We already know," or words to that effect. Evidently, everyone calls 911 to report the fires and it jams up the switchboard, or something. Full disclosure, some of these burned areas are from fires in previous years. The one up near Sunset Point closed down the freeway last year when I was on my way to a speech in Prescott.

I certainly don't remember ever seeing so many fires in Arizona but I remember reading that this year the fire season has LESS fires than last year when we had over 500. What the hell?

Anyway, the rest of the trip was non-eventful, other than us watching the thermometer drop from 108 to 82 as we pulled into Flagstaff. And, for grins it was 54 when we woke up this morning! After breakfast, we walked across the NAU campus and the only people we saw were NAU maintenance men. It still was a little shocking to see all of those massive buildings, empty. So, at least they got to keep their jobs. On the downer side of the ledger, one of our favorite dinner spots, The Cottage, is now back to being a, ahem, cottage. 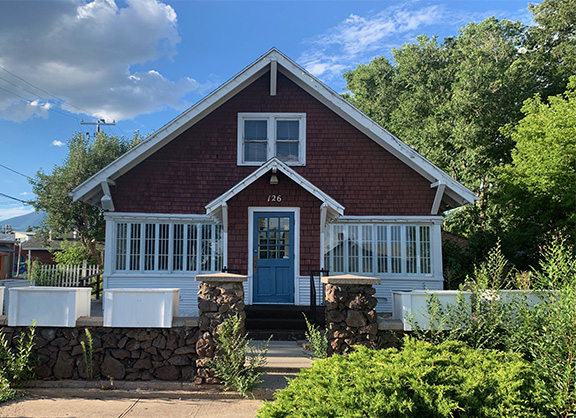 The Cottage is now simply a cottage

Here's the line, with the six-foot pandemic spacing in front of a European Coffee House, adjacent to Brandy's at seven this morning. 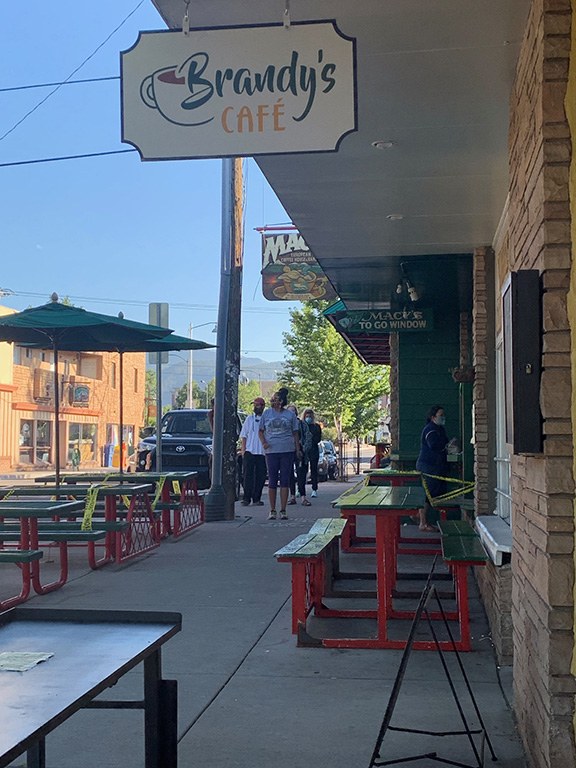 We got there early enough that we were the only ones out front. Made for a delightful morning. After months of triple digit quarantine, it felt wonderful to be outside AND chilly. Hard to even imagine.

One last stop before we leave for the Canyon, and if you know me you already know where that is going to be.

"So that's two orders of huevos rancheros, over easy? And, by the way, isn't this your second breakfast of the day?"
—A nosy Martann's waitress
Posted by Bob Boze Bell at 10:15 AM