And At Point Guard, That Notorious Head Faker, Bobby Zimmerman

July 16, 2020
All my adult life I have heard rumors about Bob Dylan playing pick-up basketball in Tempe. It always seemed absurd to me, because, as everyone knows, Robert Allen Zimmerman grew up in Hibbing, Minnesota, then moved to New York City, conquered the folk scene, recorded ridiculously long songs, before touring and getting booed all over the world, like a rolling stone. So, why would he be in Tempe, other than playing a gig? And playing pick-up basketball? Could any of these rumors—closer to legends now—even be true?

Turns out Dylan's mother lived in Scottsdale, so there's that. And, then I found this:

"For almost all of 1972, Bob Dylan, Sara Dylan, and children were living in Scottsdale, Arizona, his very real amnesia only recently beginning to lift. When there, his family were close friends with Sherri Finkbine and her husband, Robert, who taught history at Arcadia High School. Sherri was born Sherri Chessen, and the Chessens and Zimmermans were life-long friends, first in Duluth. Sherri's grandmother Kate and Anna Zimmerman (Bob Dylan's grandmother) looked so much alike, that, when Bob Finkbine first met them, he asked if they were sisters. They told him, 'Closer!' Sherri's mother Mary and Abe Zimmerman dated each other.
"Sherri (later living in San Diego, under her birth name of Sherri Chessen) in 1962 had been taking the sedative thalidomide for 'morning sickness', and was 'Miss Sherri' on Phoenix's television version of 'Romper Room'. As 'Miss Sherri', she spoke into her Magic Mirror, announcing the names of young 'Do-Bees'. Not available in the US, Robert had brought it to her during a school trip abroad, and she soon learned of the horrors of thalidomide, the distorted foetuses. She was to have an abortion in Phoenix, but it never came to pass, even though her physician was to have performed a quiet therapeutic abortion (abortions, of course, were illegal in the U.S.). She had talked to a reporter 'off the record', who published her name anyway. She went to Sweden, where her abortion revealed a fetus whose torso lacked all limbs. The rest is history (she and Robert divorced in 1973), and it was her courageous actions which lead to monumental Supreme Court decisions."
—Eduardo Ricardo, quoting from a book on Dylan in Hibbing

From there, our old friend, Marty Manning, gave me this: "Bob Finkbine became one of my brother John's closest friends, and they rafted

many a river together.  And so it was that when Bob died last year, John came to me with thousands of photos and ample video footage of foolhardy river runners and asked me to help him put together a memorial video showcasing Bob's life, but especially the river running.  From that video I have extracted two shots that I think you will enjoy.  They are not dated, but they were
shot that summer that he was here, and the two guys are named Ray and Stromme." 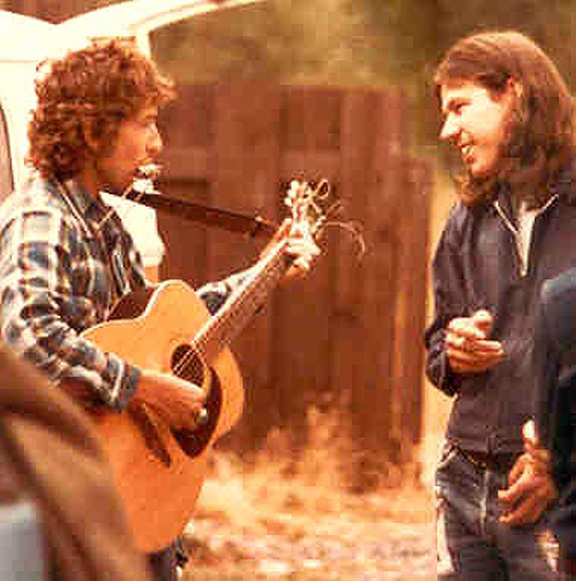 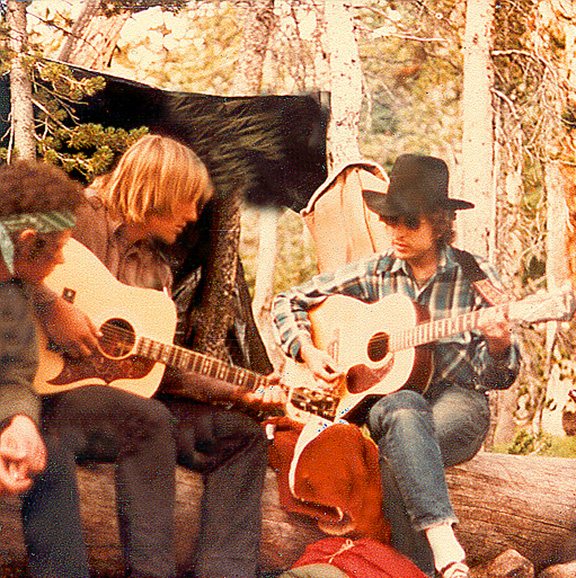 So, Bob Dylan had real connections to the Valley and sightings of him were probably legit. But still, what about the pick-up basketball? Well, out of the blue, I got this on Facebook:

FYI: The ASU Gym is in Tempe!

Okay, maybe it's true after all, but it still seems quite a reach, to me, Bob Dylan—in his afro– doing a head fake as he drives the lane.

"The highway is for gamblers, better use your sense. Take what you have gathered from coincidence. The empty-handed painter from your streets, is drawing crazy patterns on your sheets. And the sky is now folding over you, and it's all over now, Baby Blue."
—Bob Dylan
Posted by Bob Boze Bell at 1:53 PM