Droning On About The Shot of A lifetime

July 4, 2020
This has been a Fourth of July I will not soon forget. At least twenty five years ago I dreamed up a saguaro shot sequence that I was dying to utilize in a Western story. In my mind's eye, the camera is floating high above a desert studded with monarch saguaros. You know, like this: 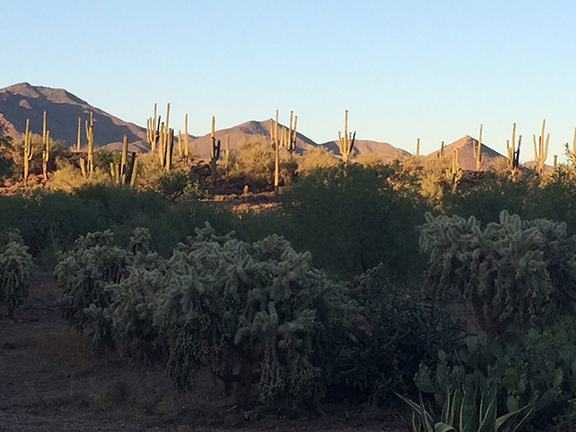 I envisioned the camera gliding along the tops of these saguaros and even navigating between the arms—especially between the arms. Down below we see a blond in a convertable and we are following her, through the arms of a series of saguaros. I thought it would be a very organic style shot that would just be dang cool to open a story or a movie.

This was just prior to the drone era so I knew the shot would be tough to do, perhaps it could be done with a crane, and I was hoping if I cheated with angles—pushing the crane arm through the opening and then stopping to pick it up on the other side and then matching the two, somehow I could splice it together a get a sequence that made it work. Anyway, that was the theory, but what did I know? I needed someone technically proficient enough to make this dream shot sequence a reality.

Three days before the Ocotillo Fire, videographer Bill Watters was at my house to shoot a history tidbit for the Cave Creek Museum. When he got out his drone, I mentioned my dream saguaro sequence and he casually mentioned he could easily do that shot. 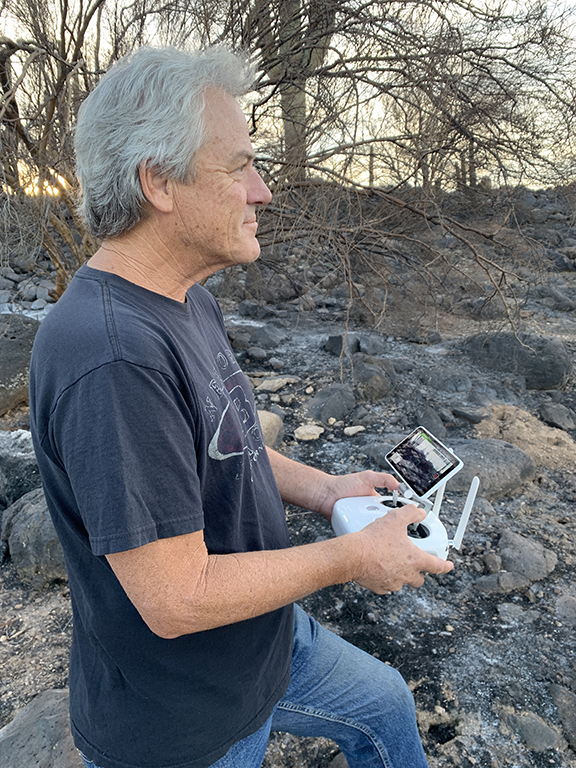 Bill Watters with his drone controls
attempting the dream shot three days ago.

Turns out it was not so easy because the drone has a safety application beeper-deal that will not allow the drone to fly in a space as tight as the prickly arms of a giant saguaro. He made several runs at it, but we didn't get the shot. 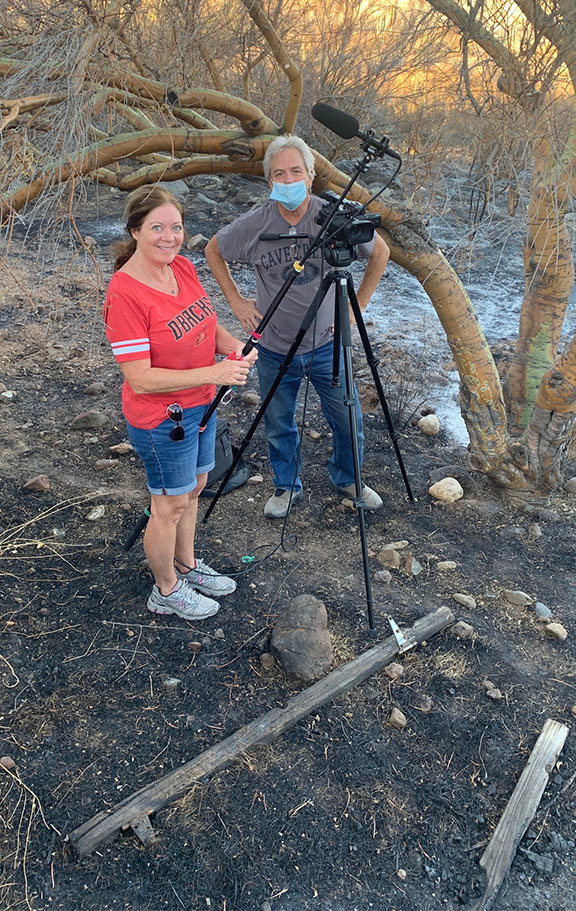 Bill and Amy returned today
to give it another shot.

Bill and Amy showed up this morning to take a second run at it. We went over to Ratcliff Ridge before sunrise and I told him we weren't leaving until we got the shot of his drone gliding through the arms of a saguaro.

It was hairy, but Bill finally got the shot. Here's a small taste of the sequence. 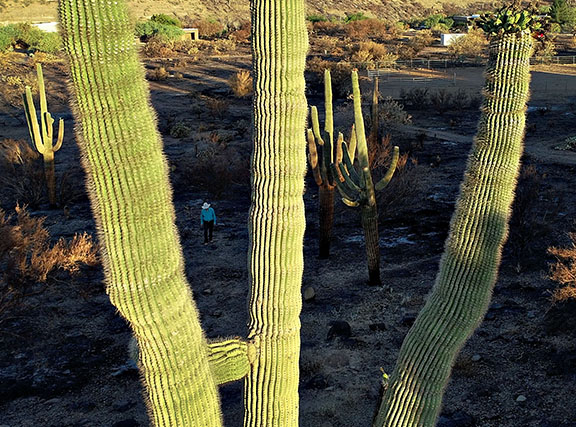 That's me in the turquoise shirt waiting
patiently for the drone to slide thru the gap.

This is for the opening sequence of "Honkytonk Sue: Last Fandango at The Heatwave Cafe"

"That's what we storytellers do. We restore order with imagination. We instill hope again and again."
—Walt Disney