Rain On The Desert, Blood On The Saddle 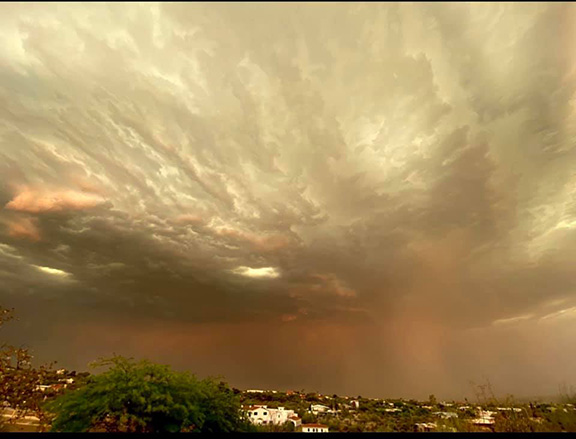 Meanwhile, in Cave Creek, it was 107 out yesterday and we still got rain. I ran out in the yard naked. But, what else is new? 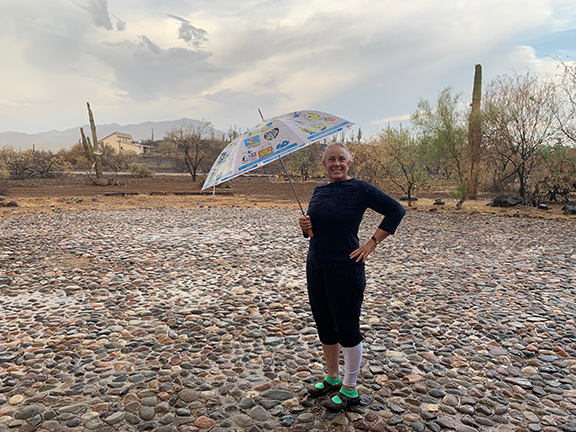 Kathy's happy and her leg is healing

Meanwhile, the Duke of Dust has been busy. 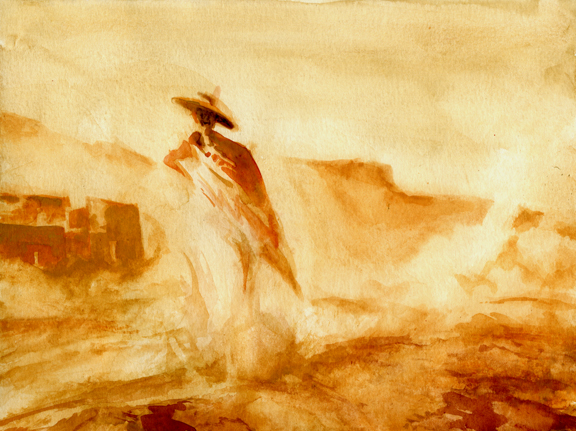 Daily Whip Out:
"El Pendejo came in on a dust devil
and departed the same way"

I don't know about you, but the older I get, the more I look back at the past and increasingly see the humor in things that did not seem all that funny at the time. All of which gives credence to the old saw: In the end, everything is a joke.

Apparently, "reporters" are an endangered species with the closing of 3,000 plus newspapers in the last dozen years. A front page article in The New York Times featured an old school journalist in Potterstown, Pennsylvania. The old fart (who is 55!) caught my eye. His newspaper is "withering" bought out by a hedge fund and here he is at a closed elementary school, interviewing a counselor dressed "as a kid-friendly Tyrannosaurus." Then we get this:

My fellow Western writer pard, Rod Miller, tells a great story about being a Country DJ back when records were "spun" and every time he played a certain record, the phone lines would light up, with all the callers accusing Rod of playing a classic Tex Ritter dittie at the wrong speed.

Here's the Set Up
In those ancient times—the 1960s!—there were three speeds you could play records: 33 rpm, 45 rpm and 78 rpm (revolutions per minute). All the callers were convinced the Tex Ritter 45 rpm record Rod was "spinning" was being played at 33 (and a third) while they insisted it needed to be speeded up to 45 rpm. And if you give it a listen, you will understand why.

Blood On The Saddle 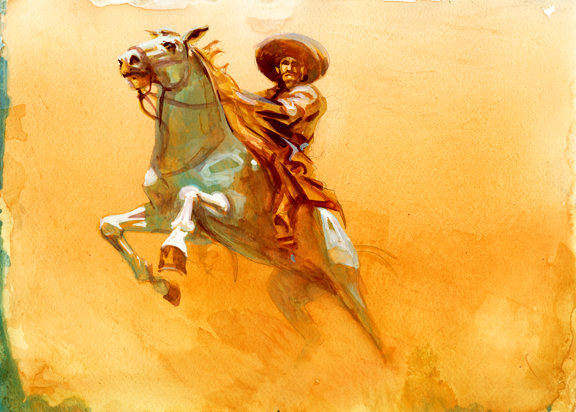 Daily Whip Out: "Dust On The Saddle"

"He comes with the dust and he's gone with the wind."
—Bob Dylan