I mentioned yesterday that back in 2002 I met Dave Daiss at the Black Mountain Feed Store when he showed me the plans for what became the True West World Headquarters and this prompted my friend Jim Arndt to email me his classic picture of the place back in the day. 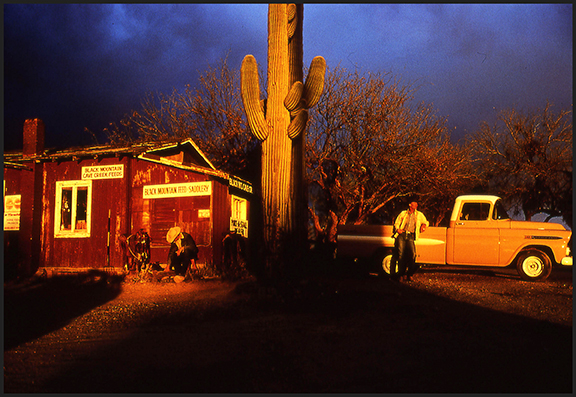 Jim sent me this great photo and then asked if it was still in business. Well, yes, they are still in business, but the whole place burned to the ground the day after our neighborhood fire. Here is a photo I took the morning after, on June 1. 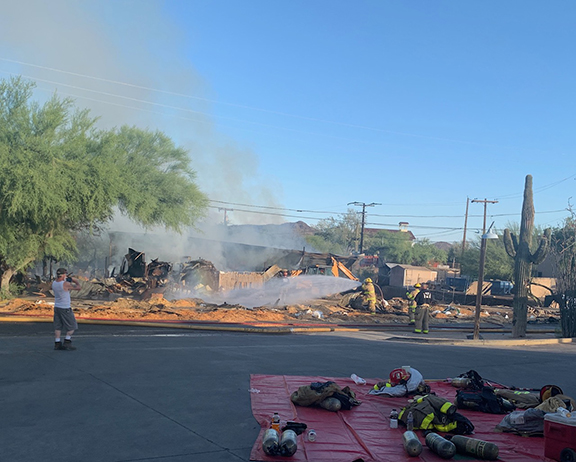 The Smouldering Ruins of Black Mountain
Feed Store on June 1, 2020
There was an explosion and an all-engulfing fire. Local gossip had it that it was Antifa (rioters did loot the Apple store at Kierland Commons in Scottsdale the night before) and rumors claimed two suspects in "hoodies" were seen running away.
We were staying in the Tumbleweed Motel cattycorner from the feed store and we were told several nearby residents spent the night after the fire, armed to the teeth, on the roof of the motel office, but apparently no Democrats showed up, other than my wife who was already there and never left the room.
Of course they weren't gunning for Democrats, per se, but our little community has gotten so polarized lately that it wouldn't surprise me.
"They've got one thing in common, they got the fire down below."
—Bob Seger
Posted by Bob Boze Bell at 11:20 AM