Saint Billy And The King of The Fanner Fifty

Like most cartoonists who are owners of history magazines, I have my share of mental issues. For one thing I am still chasing ghosts from my childhood. 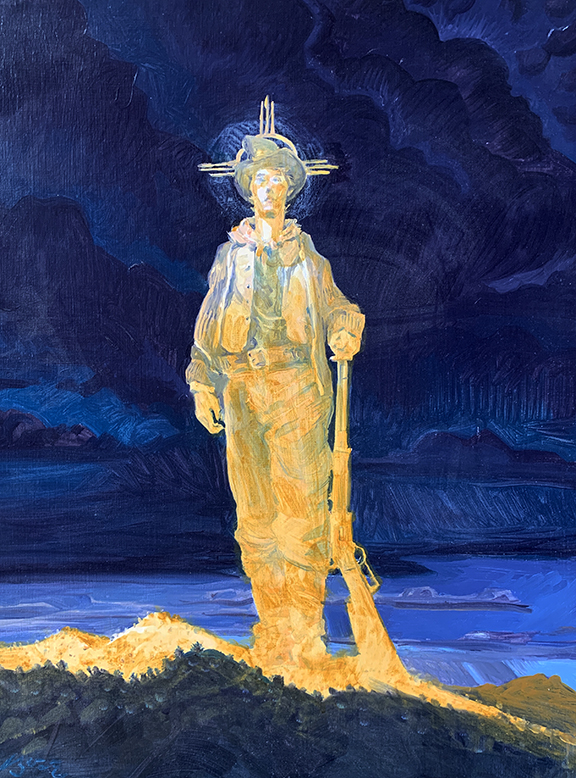 I can't justify the obsession, but thanks to a certain therapist, I think I can spot the cause.

Walter Noble Burns gets the credit for creating the first good-bad boy in his seminal book, "The Saga of Billy the Kid." Burns is the one who gave form and substance to the conundrum: William H. Bonney was the All-American Boy and a cold-blooded killer. Those are two poles apart and that is the perfect metaphor: two poles of a battery, a plus and a minus, that keep the sparks flying and the legend burning bright.

Of course, not everyone loves Billy the Kid like I do. Just ask the history honchos in Santa Fe who look down their noses at the boy bandit and refuse to even mention his name at the state monument in Old Fort Sumner. "He's not historically worthy," one of them told me with glee, as if it was a badge of honor to NOT mention, much less glorify, arguably the most famous citizen in the history of New Mexico.

But the snotheads in Santa Fe are not alone. Here's a typical letter I get from time to time:

"I wouldn't want your job which entails glorifying outlaws, murderers and thieves. My integrity means more to me than fame and fortune. The lawless Old West myth was created by journalists, so-called historians, dime-novelists and movie producers."

Sometimes the Billy blowback hits closer to home. I know this very attractive woman, she shall remain nameless, who has serious issues with Billy the Kid. She once said to me, "What do you find so fascinating about this thug? He seems like a psychopath to me?"

Full disclosure: she has a Masters Degree in Counseling and she is the mother of my children. 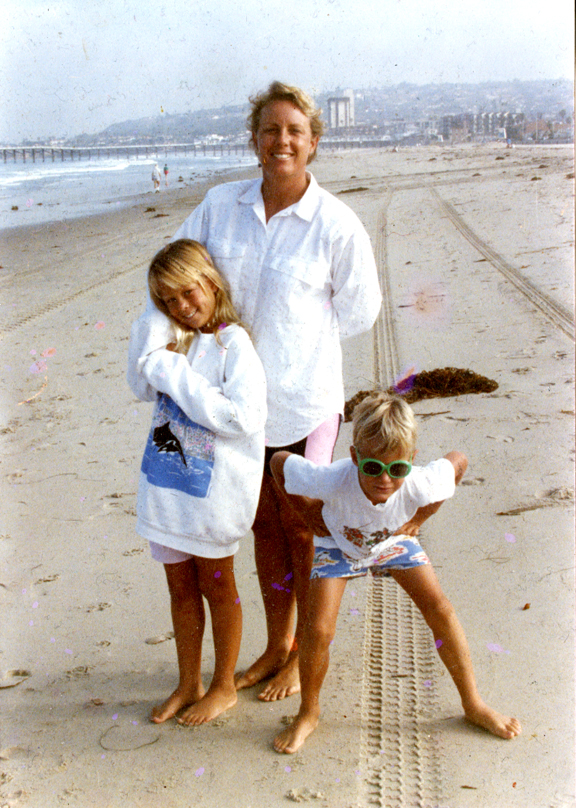 The mother of my children, along with the
actual children, on Mission Beach, San Diego, California, mid-eighties.

So, I asked this very attractive woman, who, thank God is a family therapist, why she thinks I am so enamored of this boy bandit and she said, and I quote, "If I had to venture a guess, I would say you were like many young boys and were probably compensating for a lack of courage." 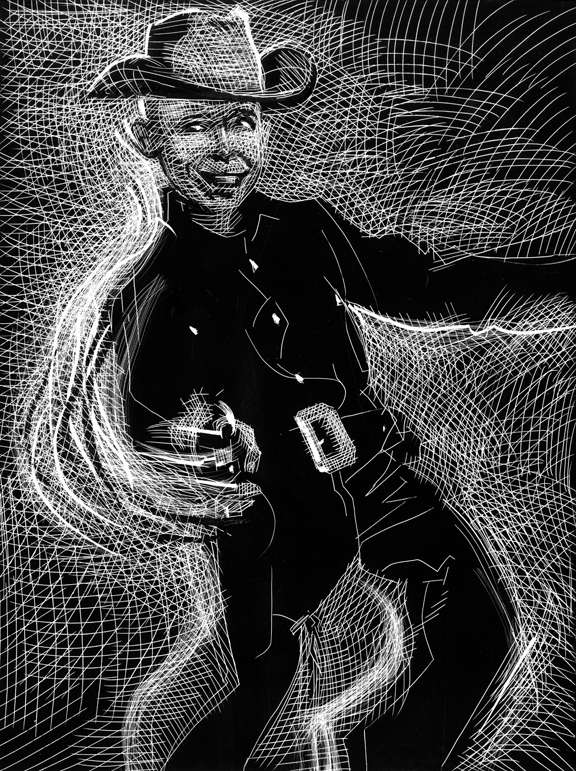 "Young BBB King of The Fanner-Fifty"

All I can say is, "Boy Howdy. I resemble that remark."

"Courage is being scared to death but saddling up anyway."