The Battle of Bad Friends

Last day on the beach. Almost nobody here. Overcast. Just about perfect for a desert rat. 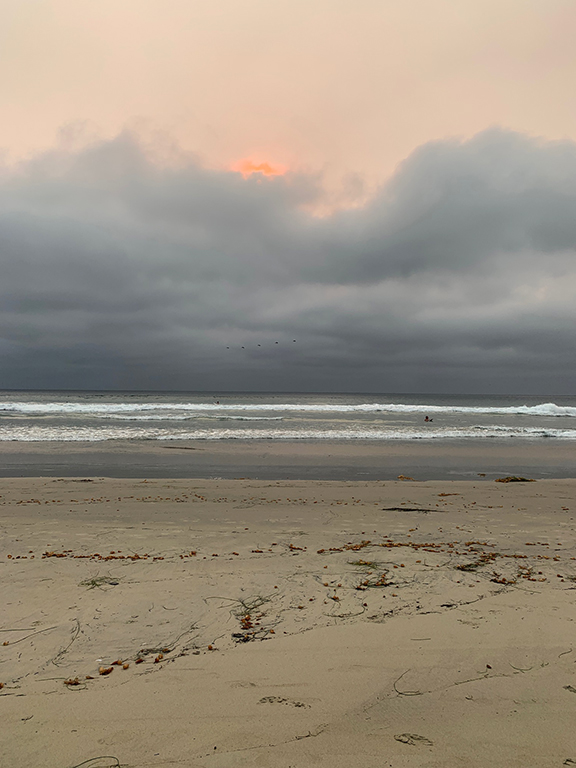 Lonely Beach
Of course, even with no one here, I still get those looks: "How did the old man get the young honey?" 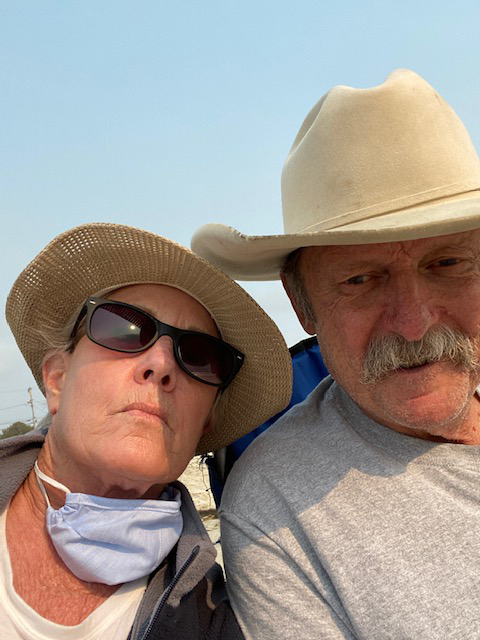 Old Man Gloats On The Beach
Meanwhile, my idea of a vacation is to research the Brown Water fight (Agua Prieta) and so far, this is what I got.
November 1, 1915
His fortunes in decline, and in need of a win, Pancho Villa mounts an offensive to invade Sonora and capture, what he believes to be, the poorly defended outpost of Agua Prieta and then live off the land and take Hermosillo, defeat the rest of the state and then dictate terms to that Chingasso Carranza who is making his life so difficult. Villa left Casas Grandes, Chihuahua with 40 cannon and about 6,000 men. His spies told him there were only 1,200 troops at Agua Prieta and he could take it easily.
The irony here is that all the combatants are former allies, Villa, Obregon, Calles and Cardenas, the latter three fighting for Carranza, face off at Brown Water over the principal that no military commander should be eligible to run for the office of president of Mexico.
Combate de Los Malamigos
(The Battle of Bad Friends)
With friends like these, who needs enemies?
Pancho loses and three of them will become president of Mexico! Here they are.
Amaro Obregon, the youngest of 18 children grew up poor (his father's estate was stolen from him) and Amaro became a successful chickpea salesman and later a military leader outsmarting Panch Villa at the Battle of Celaya where Obregon went up against 30,000 cavalry with only 12,000 infrantrymen, and won, killing 6,000 Villistas and capturing 4,000. Obregon executed all the captured officers (120!) and then lost his arm as Villa attacked again at a hacienda near Leon and a cannon shell took off his right arm. The battle at Agua Prieta will be a rematch and Pancho wants revenge. 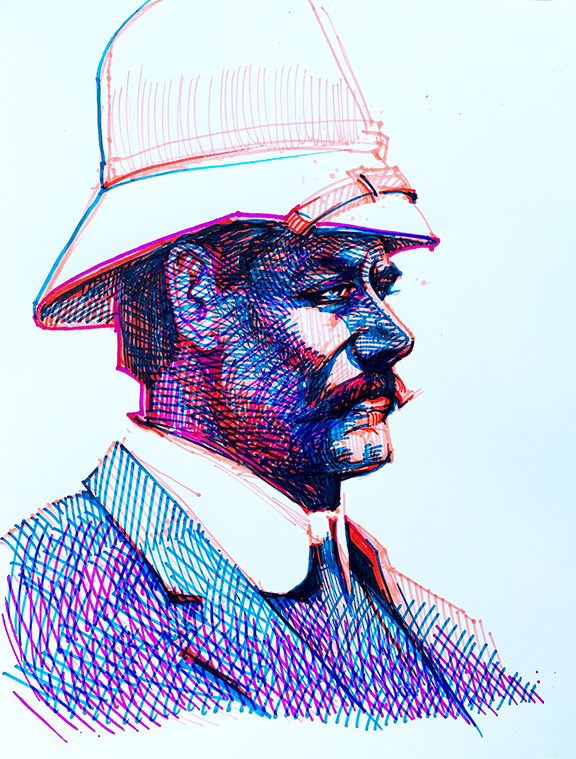 Daily Whip Out: "Alvaro Obregon"
from a photograph
When he became president of Mexico, in 1920, Obregon denied being corrupt, saying, "I am less of a thief than the others because I only have one arm to steal with."
You've got to give the guy credit for having a sense of humor. 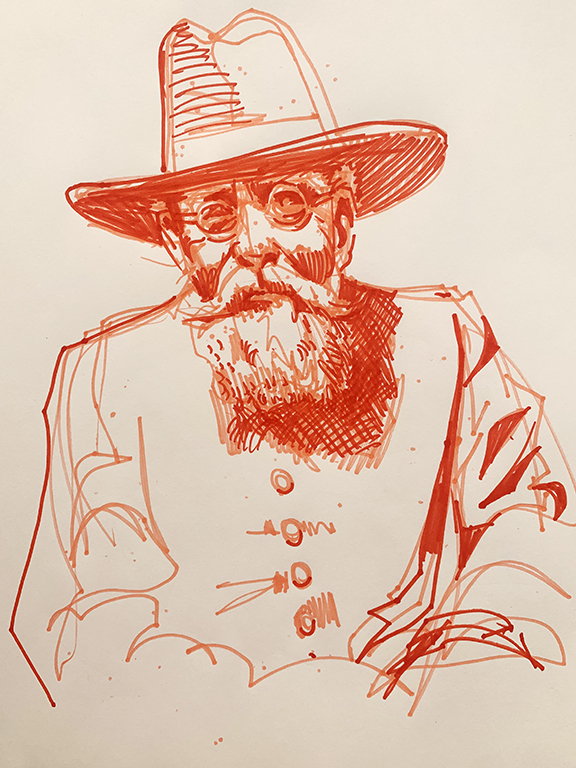 Daily Whip Out:
"Venustiano Carranza"
from a photograph
Carranza was not a military leader but a shrewd politician who managed to consolodate the rebel wins into the presidency, but in the end he too was assassinated. 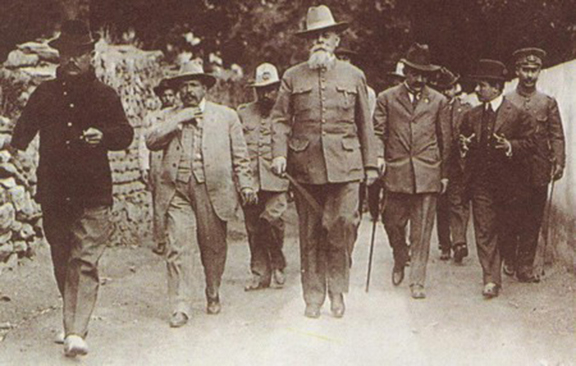 Obegron, at left, sporting his one good arm, strides along with Carranza, center,
who stood six foot six.
Another of the Sonoran Studs who Villa ran into at Agua Prieta was this guy: 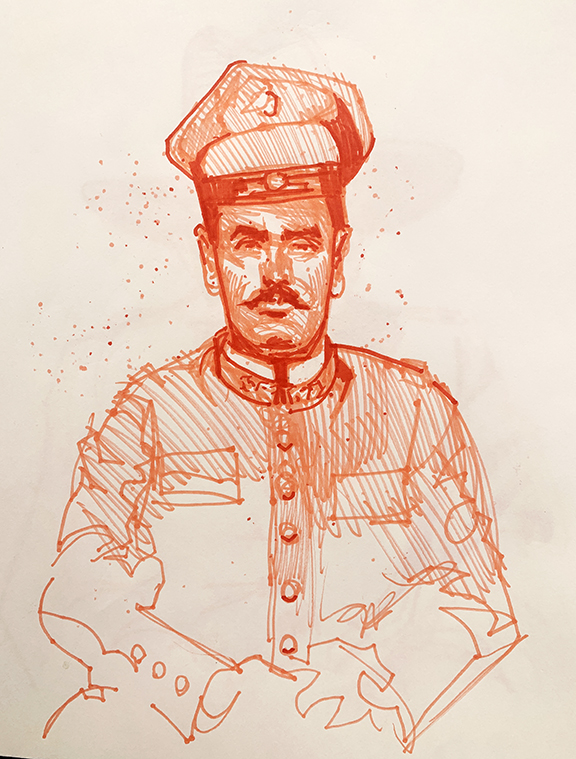 Daily Whip Out:
"Plutarco Elias Calles"
from a photograph
General Plutarco Calles built on Obregon's experience at Celaya and built extensive fortifications around Agua Prieta with deep trenches, barbed wire and a whole bunch of Hotchkiss machine gun nests. Villa still believed that a swift cavalry charge would win the day in about five hours.
The front machine gun nests were manned by this guy who was a brigadier general at the age of 25. 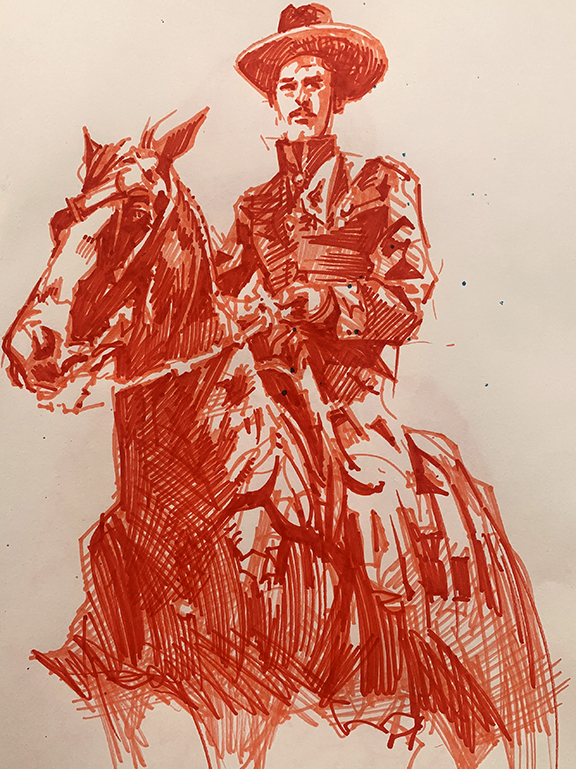 Daily Whip Out:
"Lazaras Cardenas"
from a photograph
According to some, Villa wasn't even able to mount one of his famous midnight charges. And according to other sources, Villa wanted to continue his cavalry charges but his troops wre ready to mutiny. As a result Villa withdrew and arrived at Naco, also on the border and to the west of Agua Prieta. Even though his men were resupplied, more than 1,500 deserted his cause. Everything from there was downhill for the Atilla of the North.