The Last Load Out From The True West World Headquarters

We moved into the True West World Headquarters way back in 2002 when you could walk into a grocery store and actually start making out with someone. Anyone. And it was healthy!

Those days are gone.

Previously, we were in a funky house in the wash behind the Goatsucker Saloon in Frontier Town. It was the late, great Bob McCubbin who dubbed it "Clantonville."

About two years later, I went into the Black Mountain Feed store and ran into a neighbor from down the creek, named Dave Daiss who had some building plans rolled up under his arm. He said to me as I was buying feed for my chickens, "Hey, Bob Bell, you're a creative guy. I want you to look at these plans and tell me what I should call this building I am constructing east of the Dairy Queen." So we stepped outside and he unrolled the plans on the hood of his pickup and I took one look at the falsefront Old West style look of the architectural drawings and said, "I know exactly what the name of that building is," and he looked at me kind of funny and said, "What?" And I said, "That, my friend is the True West Building."

Darned if he didn't agree with me. 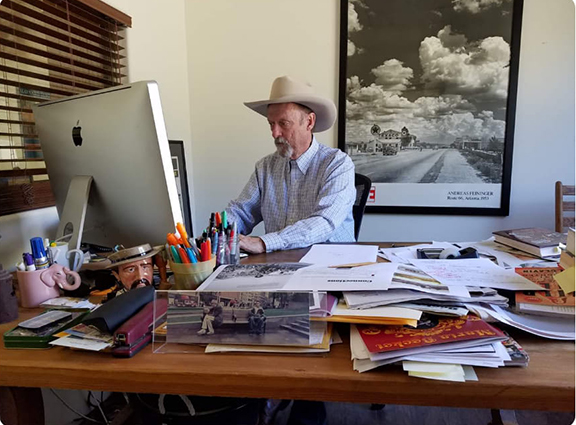 Me at my desk in the True West Building which we later began calling The True West World Headquarters.
Photo by Mort Mortensen

Moving is such a pain. You think you are on the last load out when you spot something you missed, and then twenty loads later you are still finding crap—or treasures—like this: 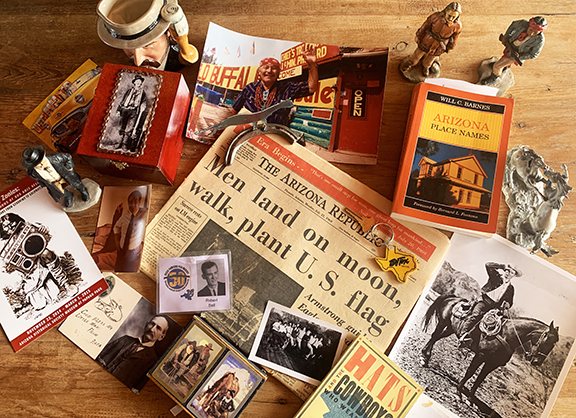 A Whole Bunch of Stuff I Can't Throw Away!
Yes, that is an original Arizona Republic Moon Landing front page from Monday, July 21, 1969. And yes, that is a publicity still for "26 Men" the short-lived, but long-loved TV show about the Arizona Rangers. And yes, that is the wild and crazy bartenders and hangers-on from the legendary Oxbow Bar on Stone Ave. in Tucson, circa 1974 doing the high kicks(just under the headline and to the left of the Hats book). And, yes, that is Frank James on the postcard and yes, that is my name tag from the Mohave County Union High School Class of 1965 Reunion. But the one thing that defies my memory is the lone key, just above the word "moon" in the headline. What does it go to? The bathroom? Carole Glenn will know.
I have made a couple passes at my office, loading out the big stuff, the computer, the desk, but today was the last gasp effort to get into all the nooks and crannys and save it or dumpster it. Got up to the offices at seven attempting to avoid the heat and about ten loads later I got down to this stage: 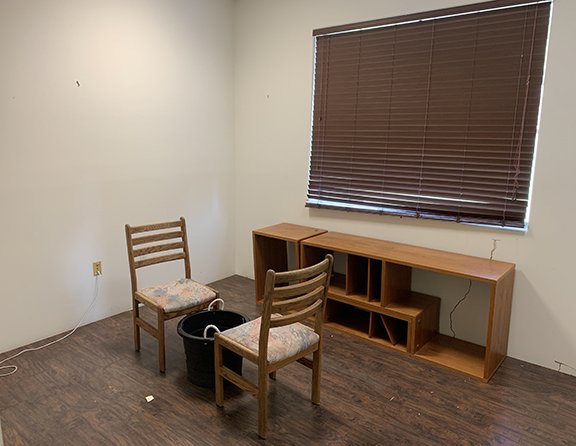 Cleaned Out? Not Quite

But then, Kathy Sue came in and said, "No, everything has to go," so three loads later, we had this. 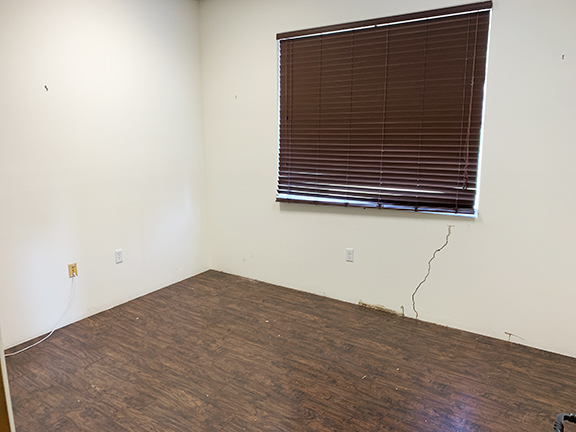 And then Kathy took this shot of the boy who spent many a day in this very corner, trying to get out of the proverbial corner! 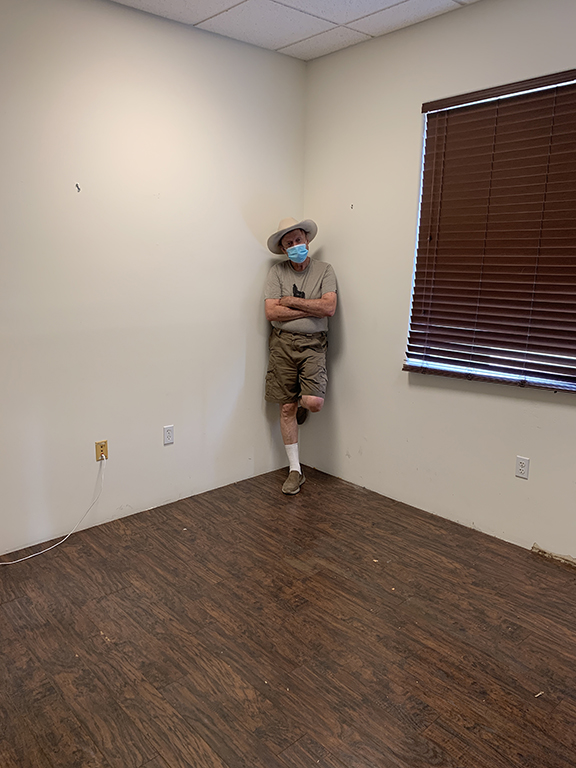 This is the end my friend, and, as the song says, those were days we thought would never end.

“I wish there was a way to know you're in the good old days before you've actually left them.”― Andy Bernard