Cat On A Hot Adobe Roof

We once had a cat we called The Cuddler, which was a joke because that's the last thing the little, feisty feline wanted to do. He was a loner and he didn't really care for us, or, the other cats who came with him. And we had our share of rescues who we let run wild on our desert property, to hopefully kill the scourge of pack rats who plundered our cars and our garage. The new-lease-on-life cats were quite effective until the food chain conga line kicked in and the local coyotes, hunting in packs, took them down, one by one. But not the Cuddler. He lived on the roof and rarely came down. 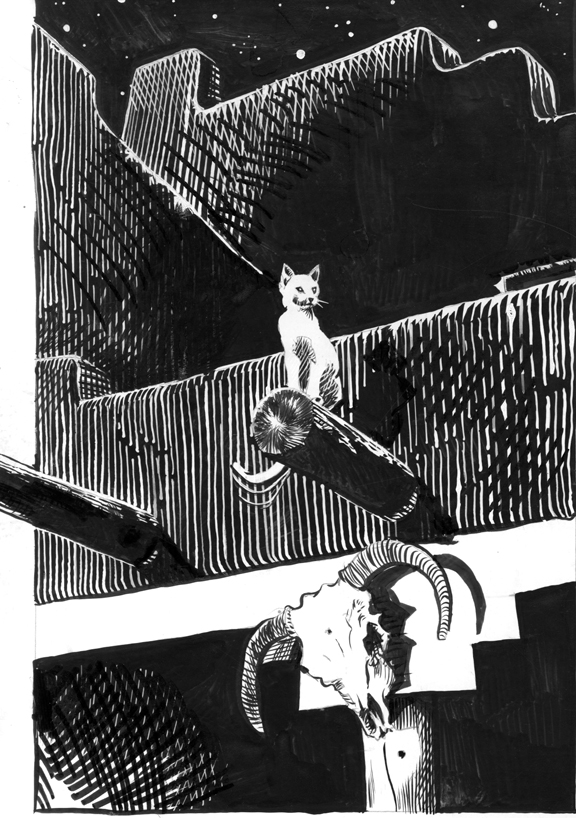 "Cat On A Hot Adobe Roof"

We tried more cats, but now that we were on the buffet circuit for the coyote crowd, they didn't last. Still the Cuddler watched the carnage from the safety of his regal perch and his survival seemed to defy gravity. 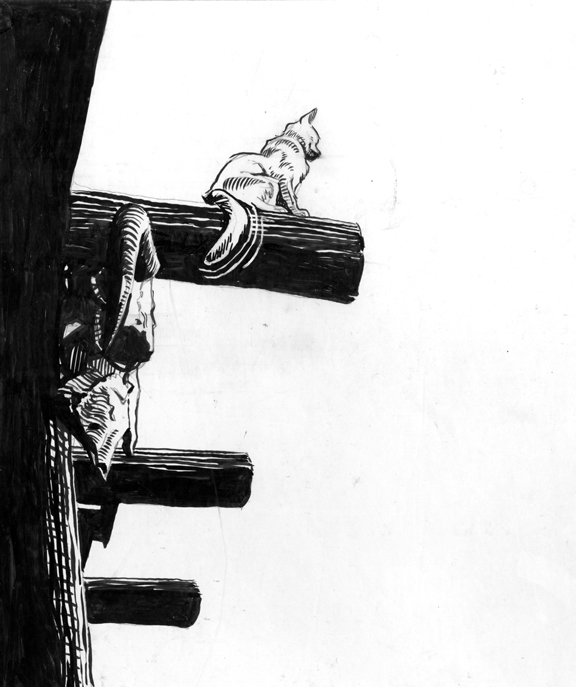 But often success is marked by vulnerability to an even higher power. 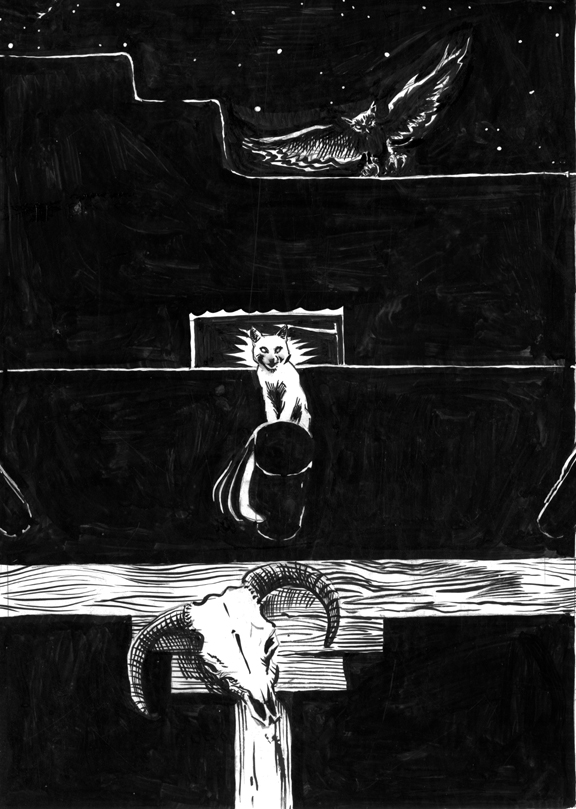 "A Great Horned Owl Gets A Midnite Snack"

Thus, we swore off cats. It was just too sad for us, and especially our kids. So we put a moratorium on cats, even rescues. Especially rescues!

But I often think of the Cuddler and how ingenious he was and how he beat the odds for a long, long time. In the end we are all on the food chain conga line and the older I get the more I appreciate the little, temporary victories, like his.

"The only thing success does, is give you a ticket to a bigger problem."