Like most American males my age, I went through a long period of going all slack-jawed whenever I saw a member of the opposite sex do the Pony or the Watusi. 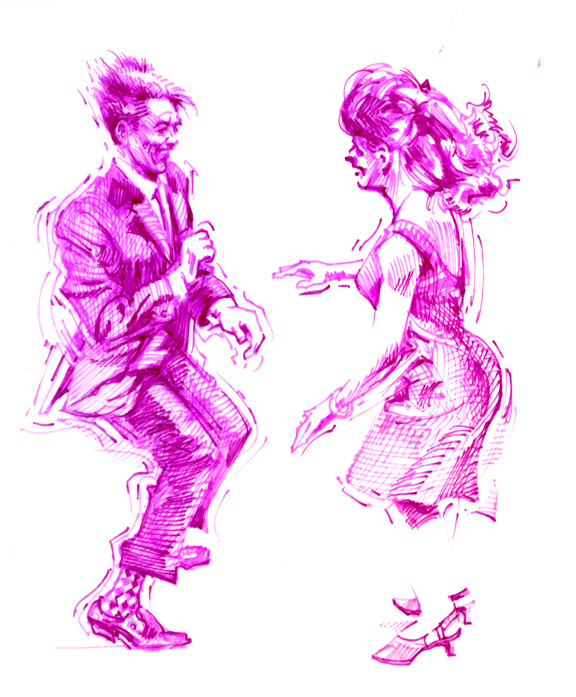 Daily Whip Out: "We Knew How to Pony" 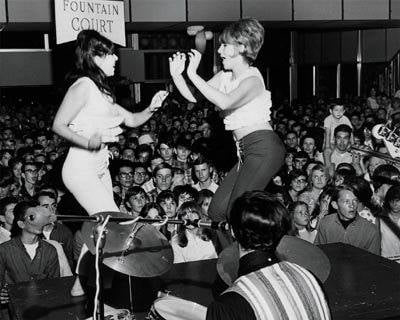 When the Kingman High Bulldogs motored down to the Valley of The Sun on a high school basketball trip in 1964 (Phoenix Christian on Friday night, Agua Fria on Saturday), we were privileged to take a side trip and visit the first indoor mall in Arizona at Bethany Home Road and 19th Avenue. Christown Mall was a state of the art shopping mall. All under one roof, air-conditioned, and all groovy. I bought a bitchin' shirt at National Shirt Shop ($12 American!) and I returned home to Kingman looking like a Beatle in a haystack and with the idea that I had seen the future of retail—and the country—and I knew instinctively, if I played my cards right, someday I might get a job there.

Fast forward six years and, in 1970 I moved to Phoenix and I got a job at Chess King at Chris Town Mall ($1.25 an hour which was minimum wage at the time, but guys were lined up around the block to get the gig). In my fantasy, every day, I would be dealing with customers like this: 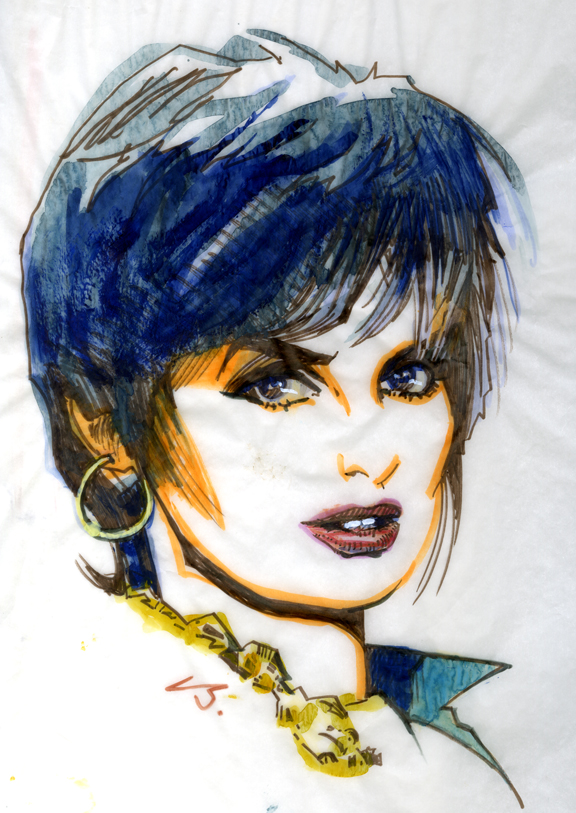 Daily Whip Out: "A 66 Chix Revisited"

That was only half true. There were some babes, but mostly there were just normal people and mall rats. After a hard day at work selling tank tops and bell bottoms, I then grabbed a bite to eat at Bob's Big Boy, and motored out to Glendale in my '67 Mustang where I danced my head off doing the Pony and the Watusi downstairs at Mr. Lucky's on Grand Avenue. Upstairs was Country, downstairs was rock. This second shift was grueling: four hours on my feet! Yes, it was damn hard work, but somebody had to do it. And I did that for six weeks until I got laid off at Chess King and went back to being a drummer in a rock band at Fifth National Bank (the nightclub on Central Avenue, run by Tony "The Horse" Cerkvenik, not the financial institution). I knew, even then, that someday I'd have to grow up, but I kept at it, day after day, night after night, seeking out Go Go Girls for another two decades. Okay, it might have been three. Well, now that I think about it, maybe three-and-a-half, max.

And, what trained me for a life like this? I attribute it to my formative years where I iced jugs for free at Al Bell's Flying A on Hilltop. The ice in those jugs may have been free, but the lessons learned have served me well all these years later.

And, I must say, with all modesty, I can still ice a jug with the best of them.

“Any rascal who misspent his youth in the ‘50s and 60’s toting ice for travelers at his Dad’s gas station in Kingman, Arizona, got his hand tangled up in a motel washing machine wringer, and lost his virginity in a Nash Rambler, should have one hell of a story to tell about his life and times on Route 66. And that is exactly what Bob Boze Bell delivers in this book about a fast life in the slow lane of that varicose and scarred path of concrete and asphalt. BBB’s words and images are as tasty as truck stop pie. You will want another helping.”
—Michael Wallis, Route 66: The Mother Road and “The Sheriff” of Radiator Springs in CARS