Working on a Dixxy Diamond scene this morning: 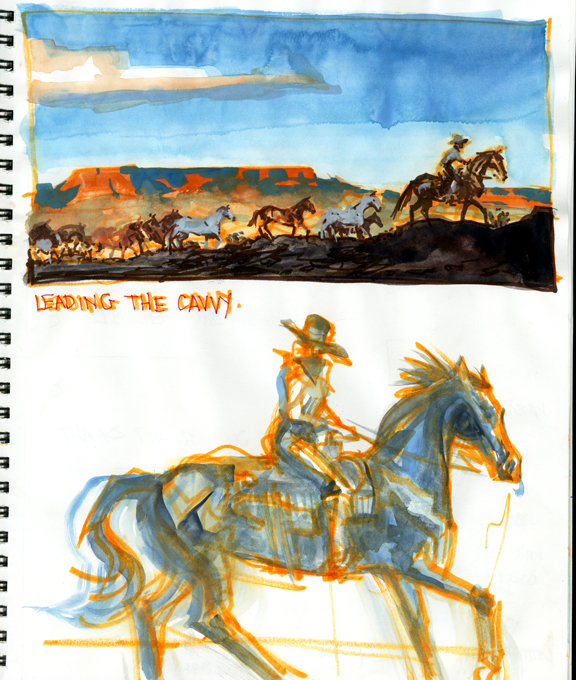 Cavvy is an American bastardization of caviada, which is Spanish for a bunch of saddle horses.

The Goose and I are watching the Amazon series "Zero Zero Zero" and in the Mexican cartel parts of the story they seem to leave out quite a few "Pinches" in the closed captioning. Pinche cabrone (pronounced cahv-rone in English), of course means, ahem, flippin' A-hole, but the real words, not these default, ninnie words.

All of which led me to seek out the true meaning of "pinche cabrone." Turns out, via Google, pinche means "kitchen boy" in Spain. "To hairpin" in the Caribbean (?) and"lovers' kisses" in Chile. In addition, "cabron" literally means "male goat." So how do we get from these literally innocent meanings to one of the most profane phrases on the planet?
Quien sabe?
And, by the way, in one of the posts, "pinche" is described as an "insult enhancer." Loved that.
Back to the Dixxy Split
Yes, so how exactly does this outlaw punk turn into a cowgirl, honest and true? 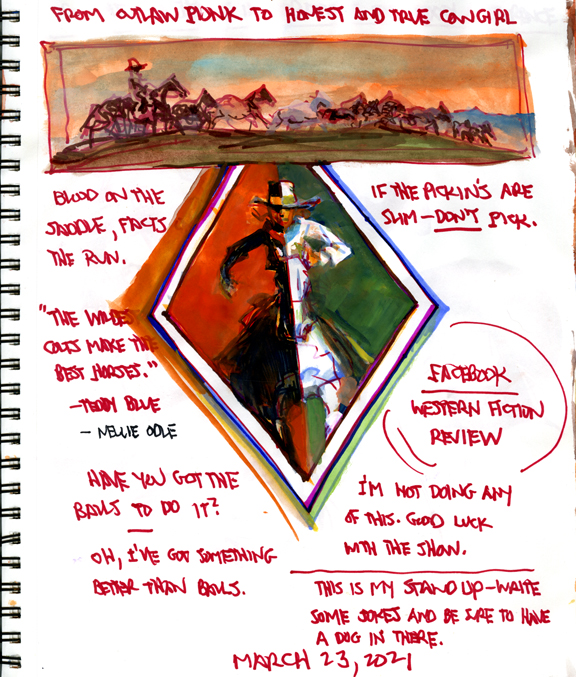 Daily Whip Out Sketches: "The Dixxy Split"
Yes, you might have noticed that the above sketch shows Dixxy behind the cavvy, but the sketch, up top, shows her leading, this was not an accident. Juni Fisher and I have been discussing gear and horseflesh and according to Juni, where she leads, they follow. As for her riding a blue roan. . .

"Grandma Nellie always said that pinche-pig-eyed blue roan would blow up right when I needed him most, and she was right."