Even More Lurid Confessions of A Honkytonk Drummer

Just when you thought I couldn't go any lower.

of A Honkytonk Drummer

For many a weekend night, I viewed the smoky honkytonk world from behind a Ludwig drum kit, looking at the butts and behinds (no, that is not redundant) of the gitpickers and goobers of that strange and peculiar world where heartache meets a paycheck.

I must say I saw some pretty lurid scenes (both on the stage and on the dancefloor), some of which made it into my drawings, like this series of scenes inspired from my nights at the Hayloft Bar, from the original Honkytonk Sue comic strip that ran in The National Lampoon in the summer of 1977. 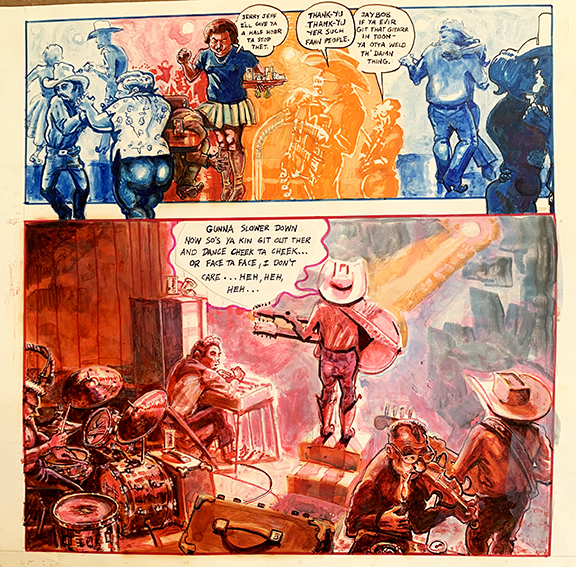 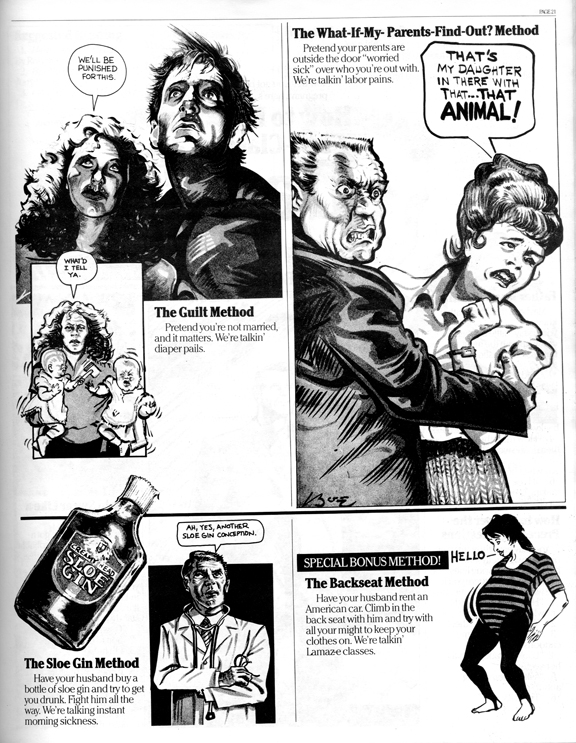 "How to Get Pregnant"

"Sreaming out 'BOOM PREGNANT!' during sex is never as funny as you might think it will be."