I almost killed Uno two days ago. He was being a good boy and I was in the kitchen eating a handful of pecans when I noticed he was sitting patiently on his little dogpad in the living room staring at me with that Hey, any chance I could get a little handout over here? look. So I walked over to where he was and rewarded him a couple pecan crumbles, then added a few more just for good digestion sake. Just then Kathy walked by and said, "You're not feeding Uno pecans are you?" And when I said yes, she said, "It can kill him! Dogs can't stomach pecans!"  Long story short, he survived the trip to the vet and the anti-viral-shot between the shoulder blades and I survived the straight-thru-ticket to hell, at least for this infraction. This morning the boy is still a little lethargic but he appears to be making it with one caveat. 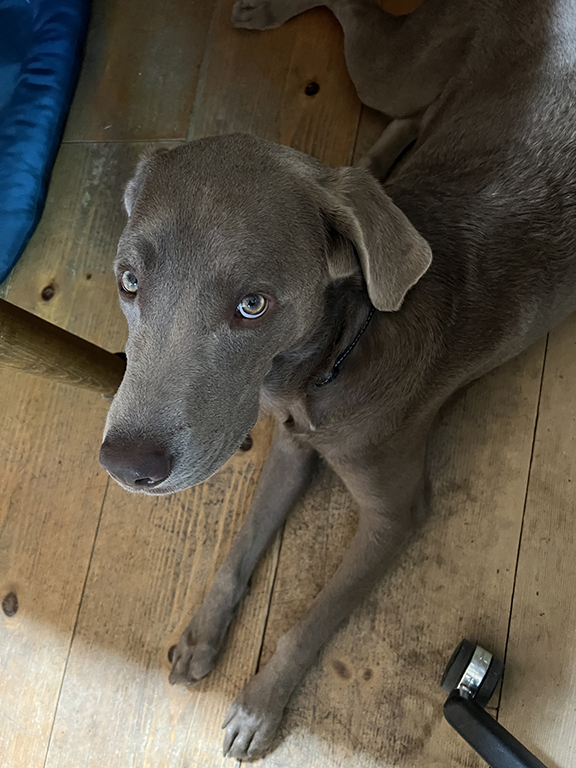 Do not feed me any more pecans dude.

In spite of the vet trip, I have been honking on images for the book, like this sketch I may turn into a serious piece. 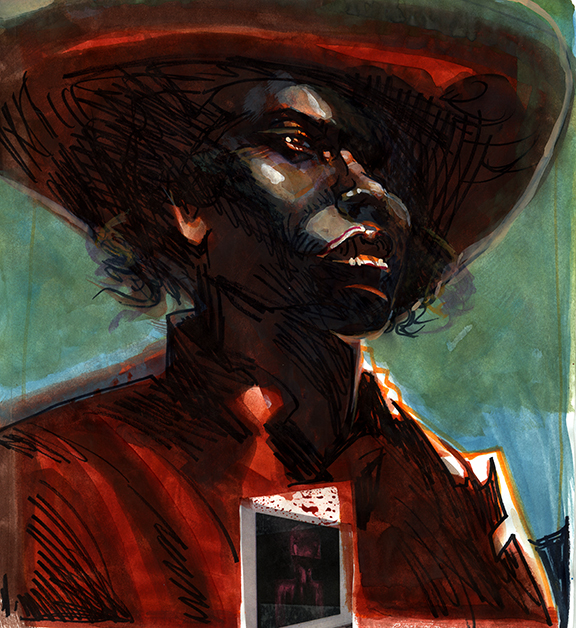 Daily Whip Out: "The Black Homesteader"

"Finally, the definitive biography of Bat Masterson. Marshall Trimble has written one of the finest western histories in recent years! What I love about Marshall Trimble's history reporting- is this, he is a plain dealer. No excuses or suppositions or PC correctness, just the facts. Like winning a poker hand with a single high card. In the pantheon of western historians--Marshall Trimble is top shelf! Bat Masterson's life is one of the greatest of all Old West stories, both black and white and gray--but at the same time just imagine- from Adobe Walls to Dodge to Tombstone and finally New York City! It's hard to imagine an old West legend who could compare to the bio of Bat Masterson.

Thank you, Marshall Trimble!
—Coy Prather
"Just wanted you to know that I really had a good time throughout the Bat Masterson issue - not only because I've often fancied myself as a Bat Masterson type of girl. The article on Masterson tells it all - from Kansas to NYC - he led a big life! The message from Damon Runyan published in the San Francisco Examiner was touching - another big deal. I had to find out who wrote this article and was not surprised that it was Marshall Trimble - good to know he's doing well."
—Kristi Jacobs
"Don't worry about people stealing your ideas, worry about the day they stop."
—Jeffrey Zeldman
Posted by Bob Boze Bell at 9:50 AM