Working with Dan The Man on a doubletruck illustration for the prologue of the "Real Women of the Wild West" book. Jana has a great opening line that goes like this:

"There were two Americas for women in the 1800s. While the Victorian Era was strangling women in the East, the West stood as a physical and mental opposite."

So, how might we illustrate that? One way would be to have a gaggle of old photographs laid out to form a mosaic of the United States. You know, like this. 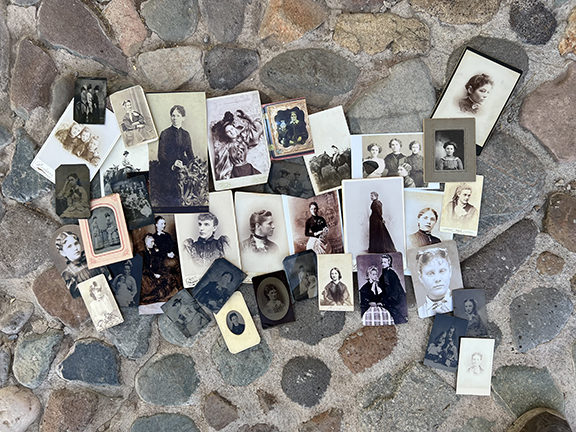 Women Photos Form A Mosaic of The U.S.

Dan likes the concept but thinks that is way too busy and suggests we shoot it on a neutral background. Agreed. Also we talked about showing the east coast as uptight bitties and then as the photos spread out across the Mississippi we get wilder images of women, some native, all looser and more free. First we needed to find some uptight Victorian women to populate that eastern seaboard, and, thanks to Google, that wasn't too hard. 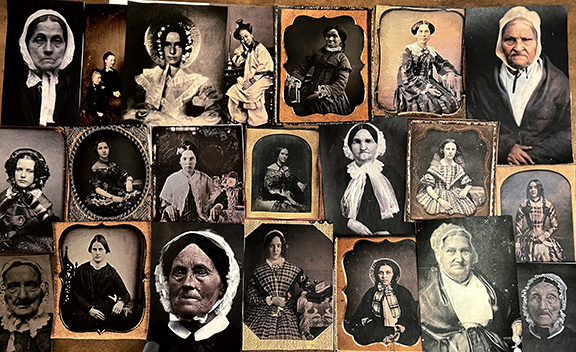 Now to create the foundation and the transition into the mosaic. Here's the beginnings of the eastern seaboard. Shot this right on the kitchen floor. 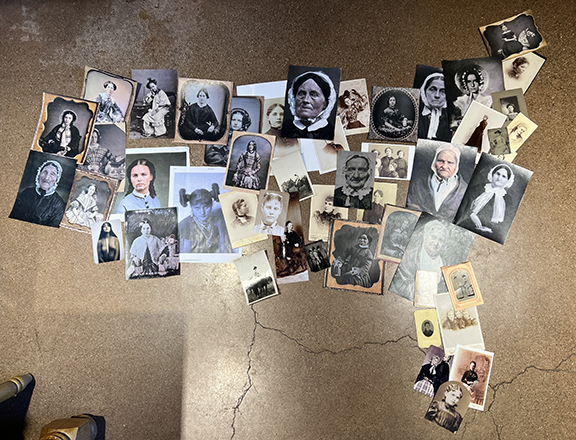 Need even more bitties and a few more farmer women, but those aren't hard to find.

If we can pull this off, it just might just be a classic poster.

"Grammar is the difference between feeling your nuts and feeling you're nuts."