The late, great, Cowboy Artist Frank McCarthy did this commissioned painting for Sergio Leone's "Once Upon A Time In The West" (1968). 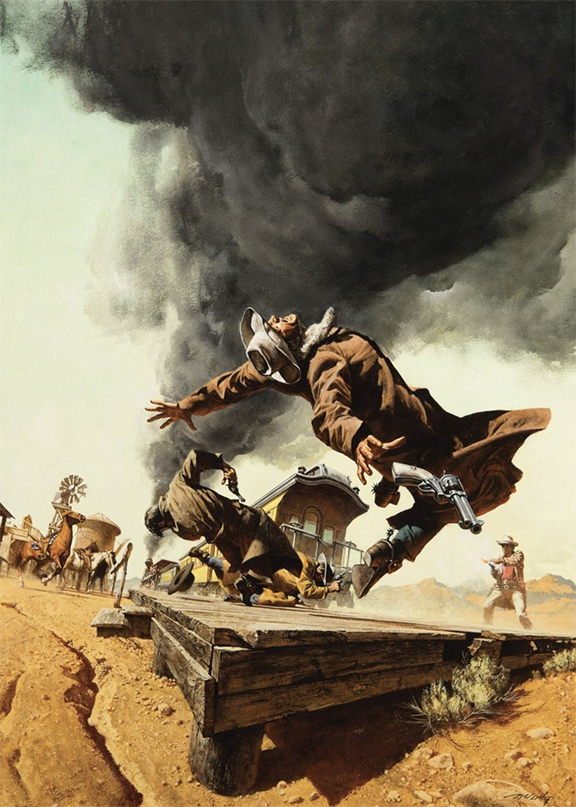 Pretty damned stunning if you ask me. I don't know how you could ask for more in terms of action and capturing the best part of the film (that opening train station sequence still stands tall). And, you can actually recognize Charles Bronson, at lower right even though he's tiny! Superb!! Crazy good!!!

And here's how the final poster came out after the agents, the producers, the director and the graphic designers had their say. 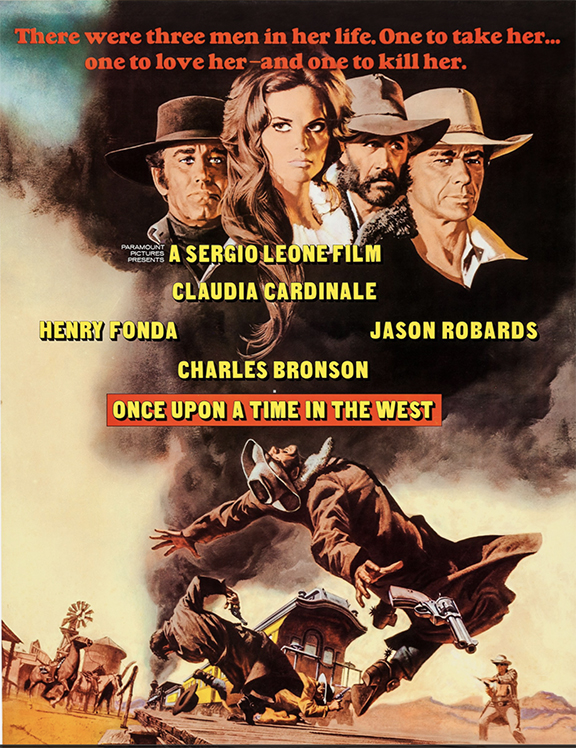 Way too crowded and if you ask me, I think they blew it by cropping and excluding the corner of the train platform which gives the original painting its lift. But when you get through all the studio politics and ad exec's BS you end up with this. Which is decent, and maybe even a classic, but dang that original painting is so damn strong all by itself.

"Design is so simple. That's why it's so complicated."