August 24, 2010
Heavy thunder this afternoon. Big thunderheads over Continental Mountain. Very hot, heat index is predicted to be 120 degrees, that's with humidity factored in, I believe (heard this in yoga class from one of the seven women in the class. I was the only guy.

Went home for lunch and finished a campfire scene: 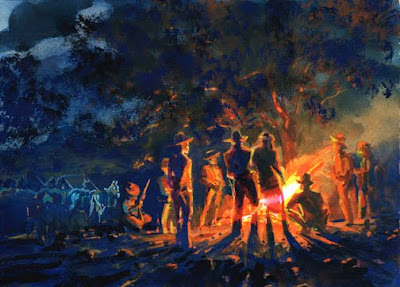 A little garish, but the flame out between the legs of the soldier and scout is kind of nice. Decided to try another one before I came back into office, so whipped this one out: 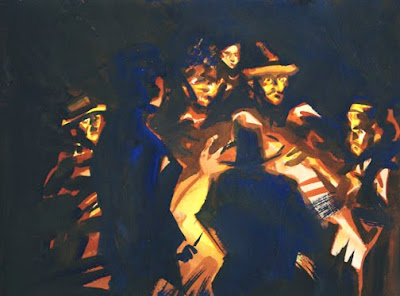 
"The problem with people who have no vices is that generally you can be pretty sure they're going to have some pretty annoying virtues."
—Elizabeth Taylor
Posted by Bob Boze Bell at 3:33 PM