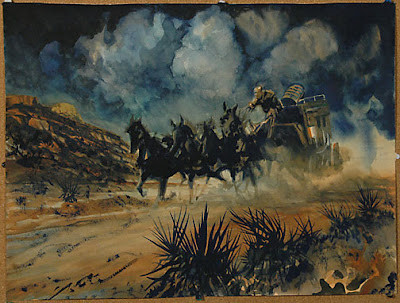 Came back into the office at two, went over a variety of graphics issues for our November-December issue. Banned a real trouble-making jerk on this website. Got a kiss off response from said banned member.

Worked up a couple sketches on a T-shirt design I'm working on with fellow Route 66-Kingmanite Dan The Man Harshberger: 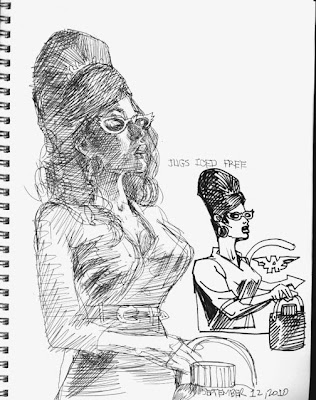 
Heard an interview with author Jonathon Frazen over the weekend where he described manually disabling his computer so it would not accept email. He had to use a hacksaw and some makeshift plug to accomplish this, but it was the only way he could stay on task to finish his new book "Freedom." This really hit me where I live because, as we all know, email leads to blogging and blogging leads to Twitter and Facebook and all three (or, is that four?) lead to long days of little, actual work, and lots of Cloud Atlas style fog. Hmmmmm, I wonder what ol' Matisse has to say about all this?


"Derive happiness in oneself from a good day's work, from illuminating the fog that surrounds us."
—Henri Matisse
Posted by Bob Boze Bell at 3:47 PM