September 3, 2010
Finally finished the Dyke & The Blazers scratchboard of the real Funky Broadway (a classic R&B song written about Broadway Road in Phoenix, not New York). Wanted to get a funky car in there and settled on a fifties style DeSoto, I think it was, from my stash of Route 66 Fun Run images: 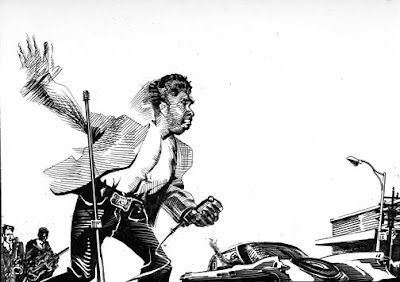 This will run in The Arizona Republic on an upcoming Sunday. As I was looking for reference scrap in my archives, I ran across an article I did on my father's gas station in Route 66 Magazine (Spring 2000). Classic Fritz Studio shot of Al Bell's Flying A, probably taken in the late forties, or, early fifties: 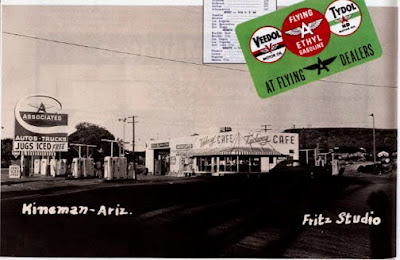 Sweet. That's Radar Hill in the background at right, at the foot of which, my grandmother Guessie lived (and we lived there for several months when we moved from Iowa and didn't have a house yet).


This morning I tweaked another Mickey Free image (which I've posted, in progress, before). Brought out the mule a bit more. Decent effects: 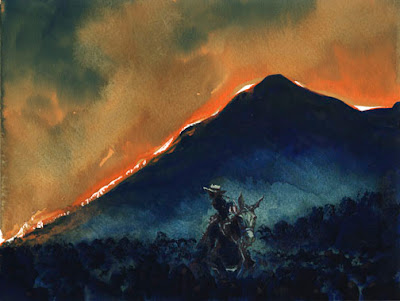