September 2, 2010
Just got off the phone with a producer from the Spike TV show "Deadliest Warriors." They want to know about the weaponry as it relates to a match up between Pancho Villa and Crazy Horse. I told them my theories and then referred them to the expert, our gun editor, Phil Spangenberger.

Brought in a whole bunch of landscape fillers for the next Mickey Free Graphic Cinema episode, like this image which is of the area between Fort Apache and the Salt River Canyon: 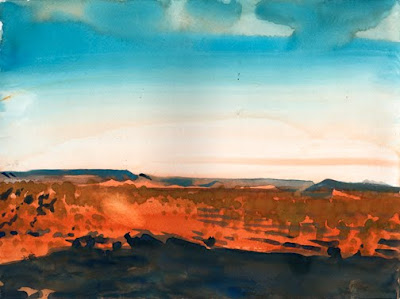 May have to rescan this. It's got an odd smudge in the middle, there.

Found a good line for one of our characters: