September 28, 2010
Working on a quick turnaround for the Arizona Republic, while balancing our deadlines here at the magazine. Our December issue goes to press this Thursday.

Yesterday I played with a couple rough sketches, regarding the history of Sky Harbor Airport. In the twenties the airport was known as "The Farm" and was a challenge to find. Pilots often had to "dust" the field to scare cows off the runway. Later the city of Phoenix bought the farm: 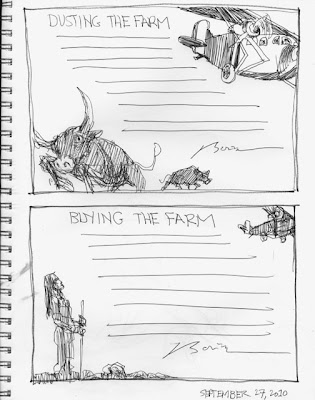 Had some very good scrap reference of cattle and a bi-plane. Here's the plane: 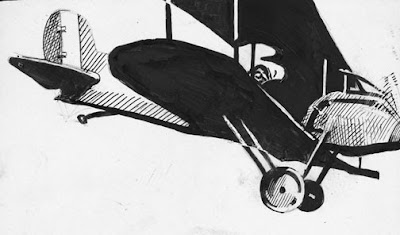 And here's the cattle being run off the runway: 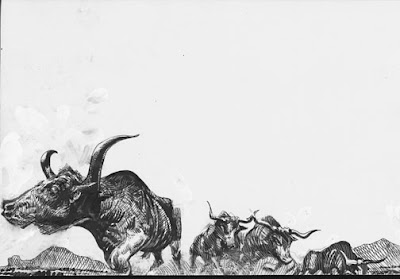 Yes, that's Camelback Mountain in the left background. The two images will be married in the layout which goes down this afternoon. Supposed to run this Sunday.