September 13, 2015
We just ran a feature in True West magazine about "Big Brims" in the historical and reel West, but I have to say none of the hats we featured hold a candle to the hats I saw today in terms of big brims. And in the Netherlands!

Cowboy hat ground zero, indeed. Look no further than the Dutch, who were sporting bigger hat brims than the Spanish conquistadors or the vaqueros (or Tim McCoy for that matter) and in the 1620s! Check out these 18-20 inch+ shade tree chapeaus spotted at the Rijksmuseum in Amsterdam today: 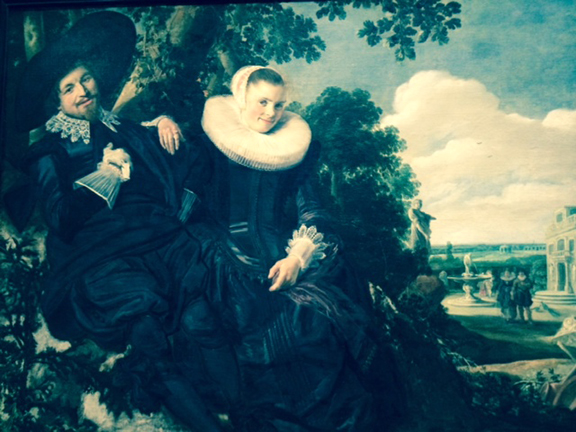 An intimate couple (she is actually smiling which is so rare in old paintings!) pose for a painting from one of the Dutch Masters in the 1620s. Check out this shade-tree chapeau and the dude looks a bit like Val Kilmer to boot. These guys wore some big hats, long before the advent of the American cowboy. And if you think this is just a painter's exaggeration, here is the real deal: 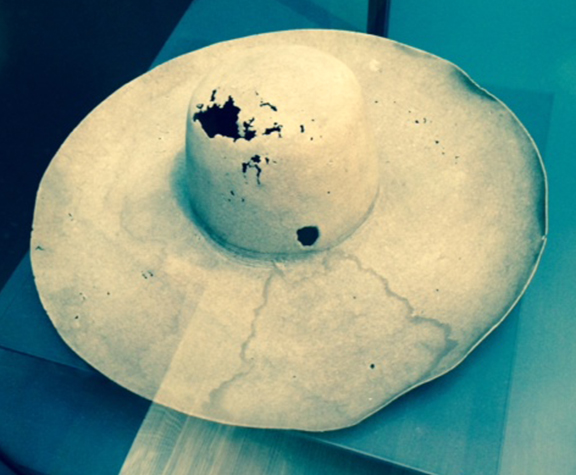 Count Casimer commanded the Dutch Army at the siege of Roermond. As he was inspecting the trenches a Spanish bullet got him in the head, killing him. This was in 1632. His family kept the hat and it is today on display in the Rijksmuseum in Amersterdam. I'm not a hat-size expert, but that has to be a 18-20 inch brim, no?

The Dutch Masters were painting some very impressive paintings concurrent with Valasquez in Spain, who I thought, before today, was the big dog in European art. Of course, the Dutch Master of Masters is Rembrandt and we saw "The Night Watch" (which also sports some major brims) and this big masterpiece, below. And in every single one, the dudes are sporting hat brims that would dwarf anything Hoot Gibson or Tim McCoy ever placed upon their heads. Sobering to say the least. Nothing is really new, is it? 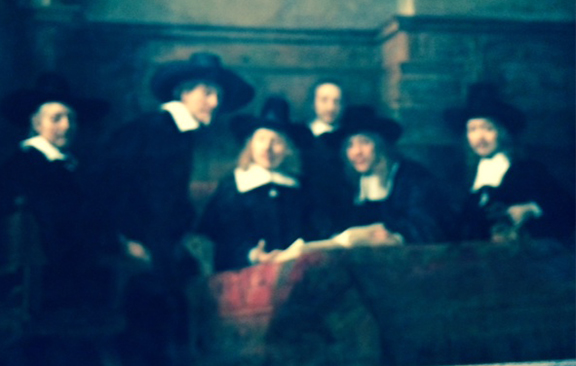