September 17, 2015
Imagine, if you can, a small town kid from Kingman, Arizona who overcomes the stigma of being an outsider from a hick town, who overcomes the prejudice of being perceived as a clown and a joke, and through several flukes of major proportions, is able to travel to Nuenen, in the deep south of the Netherlands, to the hometown of another small town boy who he greatly admires. Part of the quest is to see how one small town boy is perceived by his hometown. 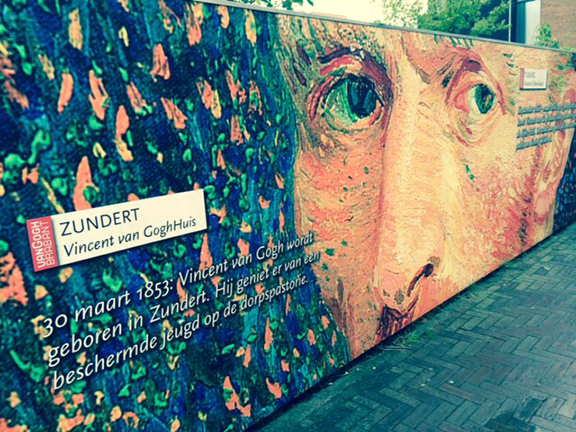 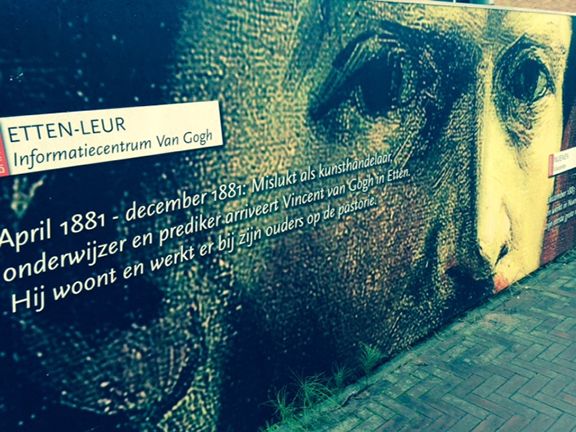 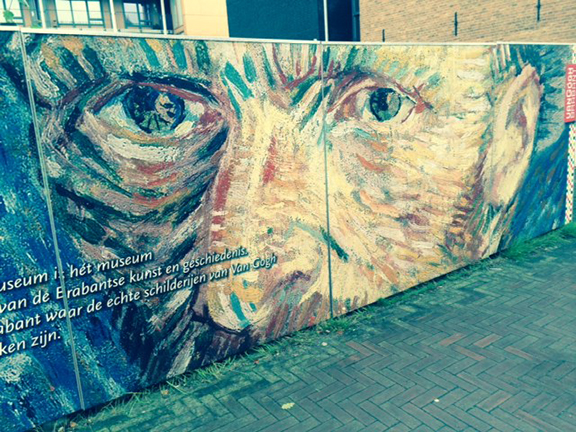 Imagine this small town boy, disliked by so many, returning home 130 years later to see what the locals have made of him. 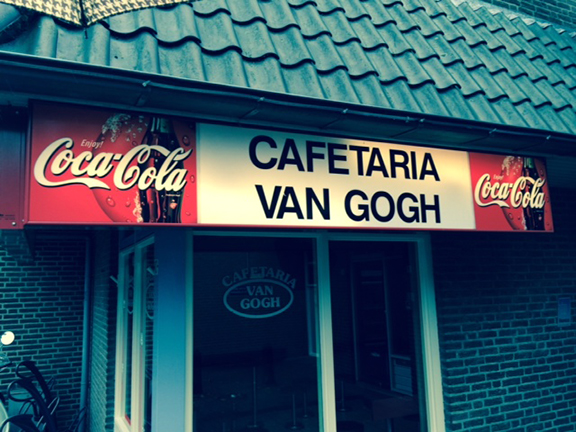 He failed at almost everything he tried. He was ridiculed for starting painting too late in the game and  he sold only one painting for 400 francs during his brief lifetime. Today his visage is on every conceivable surface in his hometown. 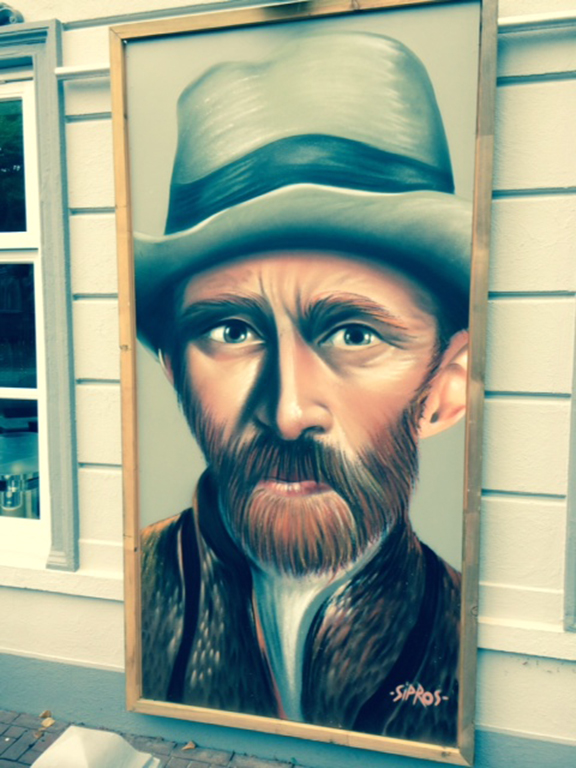 Small Town Boy Outside A Restaurant in the square at Nuenan. 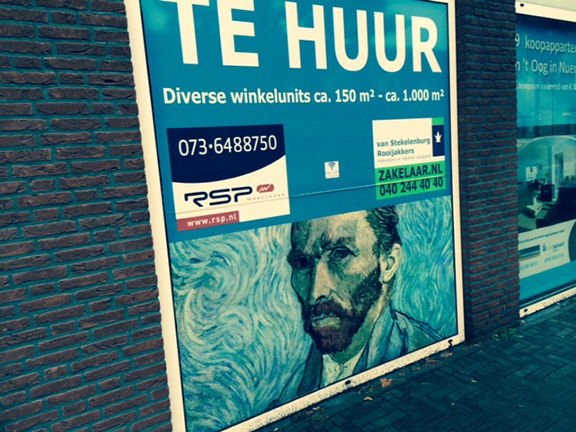 Hometown Boy Can Sell Anything

One of the houses he lived in has a plaque beside the front door. 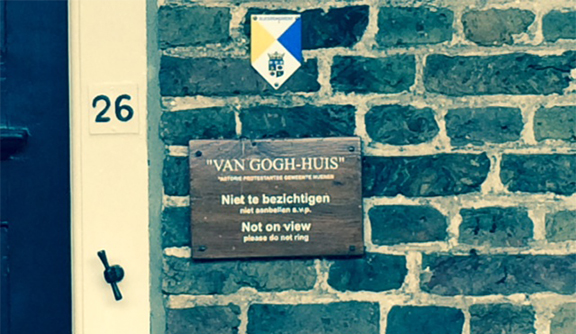 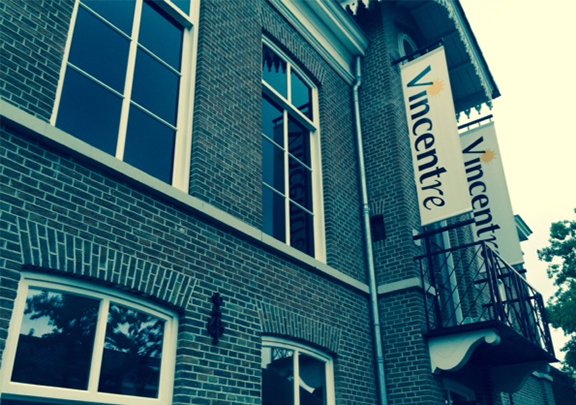 Even the local museum uses a pun based on his name (Vincent Center, Vincent-er—Get it?). 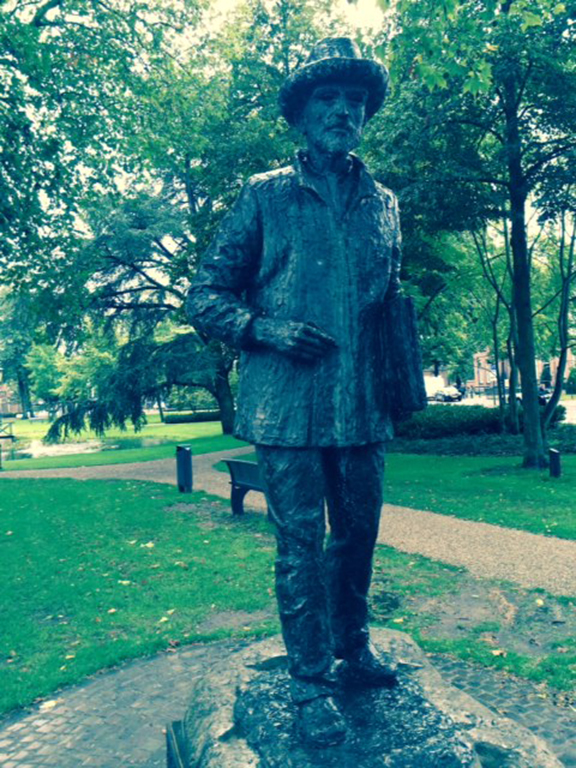 Small Town Boy in the park. How many statues are there in the U.S.
of a guy walking along with a drawing pad in his hand?

All of this is extra ironic, since he felt like a stranger in his own hometown. "I do not like to be in company," is how he put it.

"Of one thing I am sure, you are no artist."
—H.G. Tersteeg (an art expert), to Vincent van Gogh in what turned out to be one of the dumbest statements in the history of the world