On The Beach With Geronimo

September 7, 2015
According to Apache lore, one day Geronimo and a few warriors took off running from their hideout in the Sierra Madre Mountains of Mexico and kept running until they came to the Pacific Ocean. They had heard about it and wanted to see for themselves. Then they ran back. 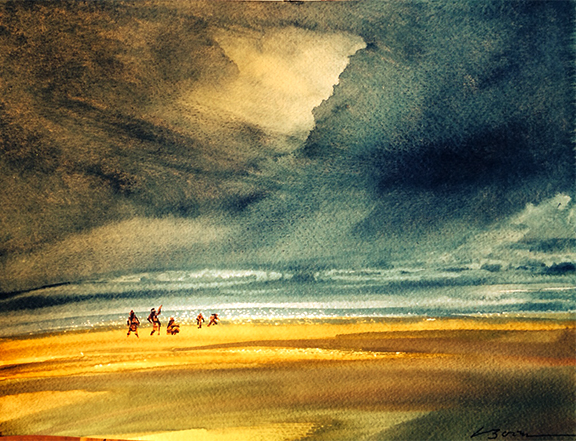 Daily Whip Out: "Geronimo On The Beach."


Woke up this morning to lots of Nature in my face. Hopped over a tarantula on my way out of the gate, ran across a galloping buckskin doing laps in the arena up the street, came back to nibbling rabbits in the yard and a snake coming out of a tree. I kid you not. 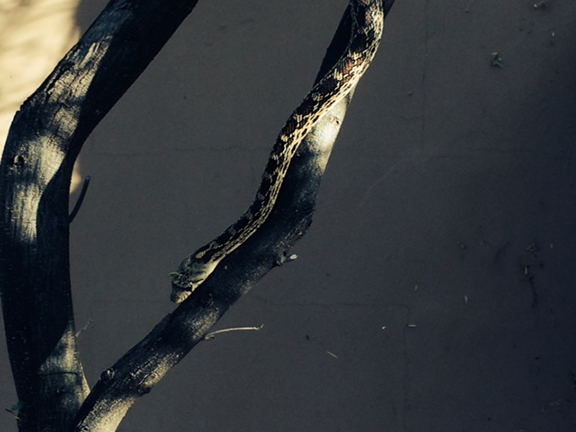 Snake In A Tree

He actually came up out of a planter we have on the side of the house. I spotted him out the bathroom window,  as he slithered up the inside wall of the planter, which is about four feet deep and has never been filled in. He then craned and arced his neck up until he could access a branch about two feet above the planter, (I'm mesmerized watching this from my perch in the bathroom) then he went from branch to branch in the mesquite tree (big spines to avoid), and out of my sight, so I came outside to catch him in progress of descending the last bow of the tree. I assume he was on his way out for breakfast.

No, he's not a rattler. Some snake expert will fill us in on the make and model. I'm assuming he's a good snake with a good motive. Killing rattlers and bugs and other goobers?

This Just In: According to Butch Gottschammer, it is a Coachwhip Snake and they eat lizards, insects and poisonous snakes. Say's Butch, "I witnessed one last November in Apache Pass stranglehold a small rattlesnake."

"A snake in the grass is worth two in a tree."
—Old Vaquero Saying