September 28, 2015
I've traveled from Amsterdam to Brussels, and from Paris to Arles in the south of France, looking for clues in the mysterious death of Vincent van Gogh. Today I travel by train to the scene of the crime, Auvers Sur Oise. There are intriguing aspects of the case which I will spell out in great detail so you can make your own decision. 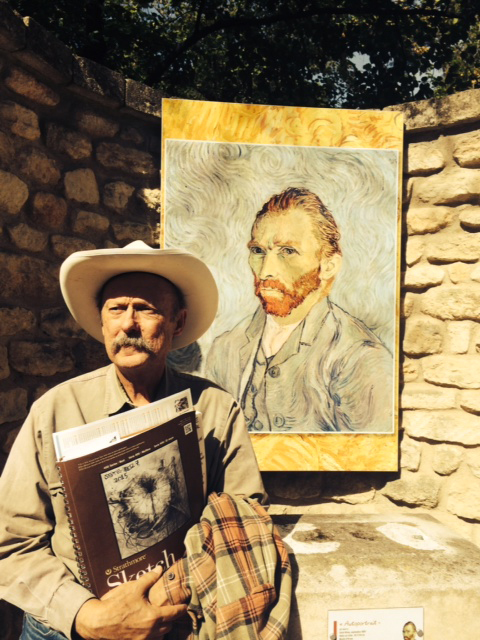 BBB at San Remy in the south of France.

"As regards making oneself scarce or disappearing—now or ever—neither you nor I should ever do that, no more than commit suicide."
—Vincent in a letter to his brother Theo
Posted by Bob Boze Bell at 11:05 PM