September 4, 2015
Went for a walk this morning and it was 75 degrees out. Sweet! As I was telling those kids at the Introduction to Journalism class at NAU, you have to have a floor to have a ceiling. And when it's 91 at midnight for three months, that's the floor. And the day when it's a balmy 75 degrees out at six in the morning, that's a ceiling! And you can't appreciate 75 degrees if it's that way year round (that would be you, Deena in Pasadena).

Working on a project with Cattletrack Art Compound featuring my scratchboards. Sometimes I get inspiration from weird places, like this morning's New York Times: 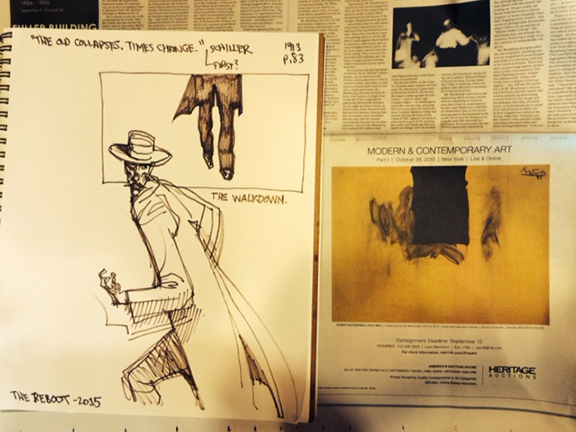 Daily Whip Out: "Walkdown Inspiration From A Heritage Auction Ad"

Inspired by a Robert Motherwell painting being advertised by Heritage Auctions in the New York Times, I applied the abstraction—"Untitled: Ochre With Black Line"—to my needs. 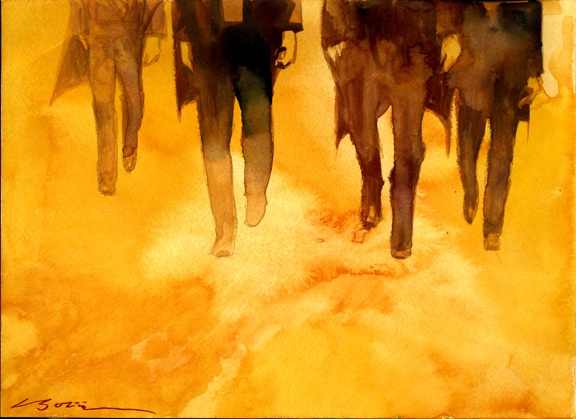 "The old collapses and everything changes."
—Old Vaquero Saying