The Laugher, the Canals And The Girl With the Hashtag Tattoo

September 14, 2015
Looking for the girl with the Hashtag tattoo, who has the answers to all my questions about the man with only one ear. She appeared to me in a dream. 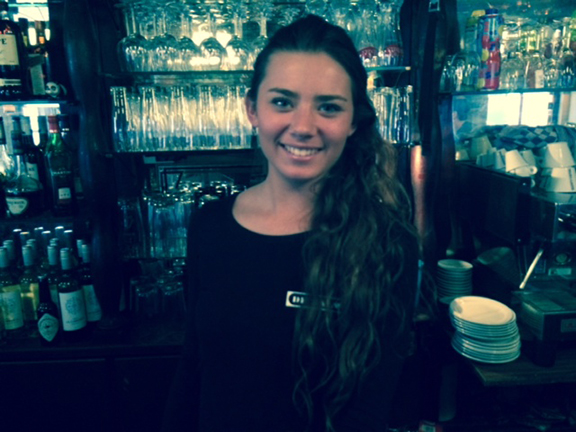 The Map Savvy bartender at De Saloon in Amersterdam

I despise locals who don't know where they are on a map, or even know the streets or roads about them. Not so with this savvy lassy in Amsterdam. Not only did she pinpoint where we were in the very complicated canal infested girded environs of Amsterdam but she also pointed me in the direction of Ann Frank's house.

Portraying someone laughing, or even smiling, is very rare in early paintings. Here is a noteworthy exception, painted by Hendrick Ter Bragghen in 1628. Part of a dyptic, "Demacritus And Heraclitus", this laugher seems to be saying, "whether you laugh or cry, the world remains incurably foolish." Or, so says, the Rijksmuseum caption next to the painting. A modern interpretation might be, "He who smelt it, dealt it." 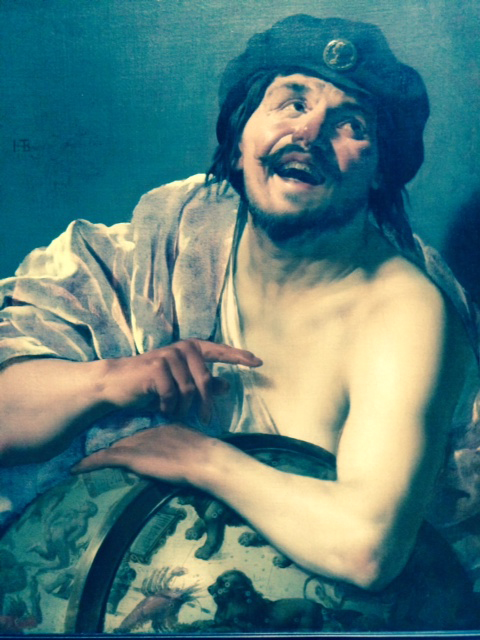 The canals go on forever in Amsterdam. 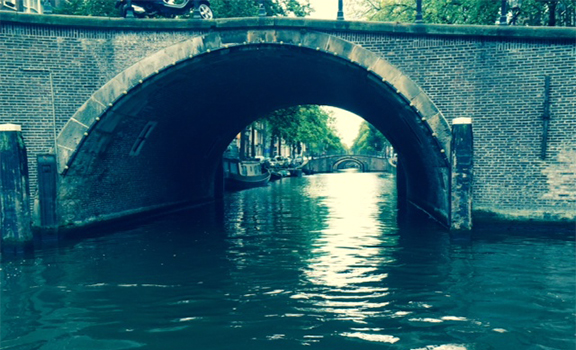 The Land of Many Canals

"She had made a promise to herself that she intended on keeping. She was never going to go out with another writer: no matter how charming, sensitive, inventive, or fun theycould be. They weren't worth it in the long run. They wereemotionally too expensive, and the upkeep was complicated.They were like having a vacuum cleaner around the house thatbroke all the time and only Einstein could fix it. She wanted her next lover to be a broom."
—Richard Brautigan
Posted by Bob Boze Bell at 12:09 PM