September 29, 2015
I have already reported on the new trend in Europe towards the skinny-skinny-squared jeans for men with the high-water-cuffs that are dangerously close to being, what we used to call, Pedal Pushers or Capri Pants. I didn't have the nerve to ask the tattooed dude in the Brasseria Quasimodos near the Notre Dame to turn around and pose for me, because, well, asking a guy to turn around and let me take a photo of his pants because I like them, is not something a Kingman guy like me is brave enough to do.

The Kingman guy's wife, however, has no fear. On Sunday we went to the Musee D'Orsay Museum to see the van Goghs and while we were standing in line I spotted several pairs of Pedal Pushers on guys and my wife—Kathy Radina—said, "Give me your iPhone and step aside." Kathy proceeded to say something I could never say, "Excuse me, but I love your outfit. Can I take a photo of you to send to my son?" All the guys were flattered and complied with pleasure. Here are the results for your viewing pleasure:

Imagine showing up for the sock hop in this get up. Meri Bocu Bozina! 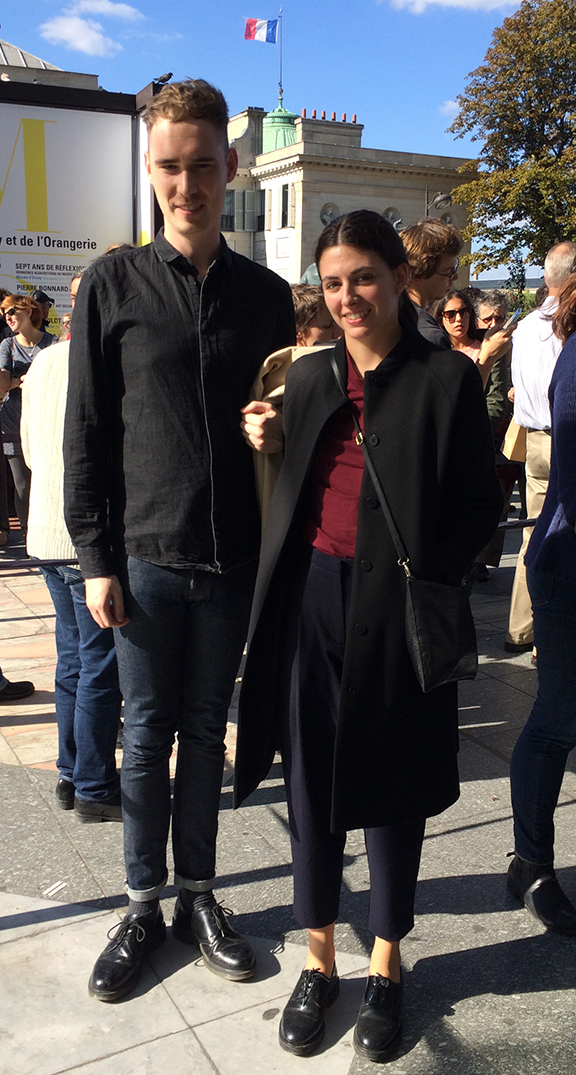 These two are French Canadian and spoke perfect English.
I do spot a bit of Li'L Abdner going on here.

High Water Peggers and one incredulous Kid from Kingman behind him. 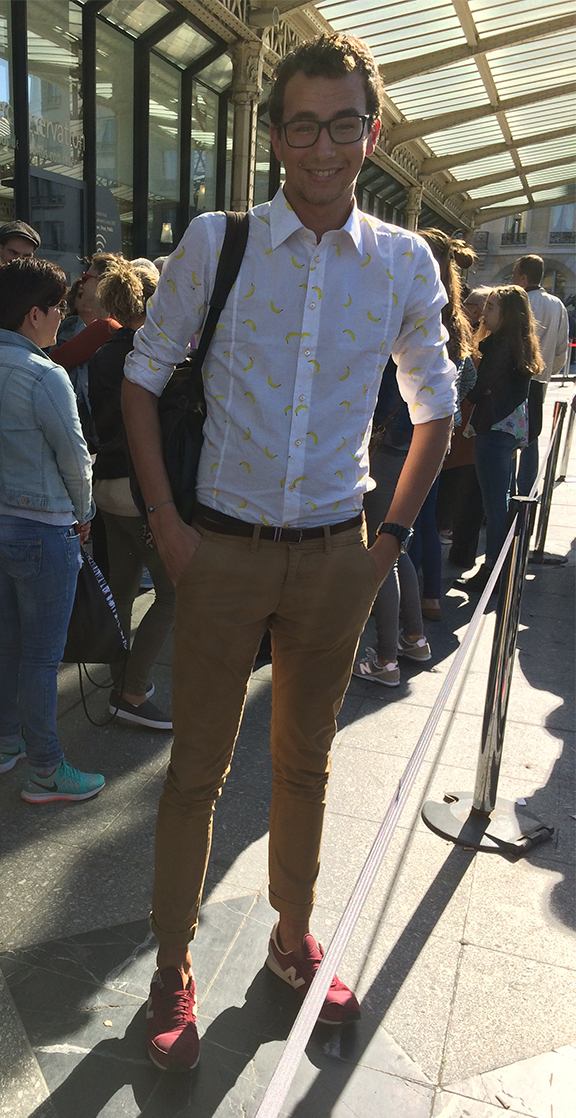 "Never fear, these guys put their pants on one leg at a time, just like your mama."
—Old Harry Nipple Saying