September 29, 2015
One of the profound realizations I have had on the van Gogh tour is seeing the scenes he painted in person. When you are standing on the site you can see all the things he DIDN'T choose to paint. Here is a good example in Arles, in the south of France. Vincent painted several scenes along the Rhone River as it passes through Arles, including "Starry Night On The Rhone," his first pass at one of his most famous paintings (he painted four versions, the last being "Starry Night" which he painted while in the asylum in San Remy).

As a fellow artist I am always on the lookout for scenes that could make compelling paintings and in Arles, where the Romans built a coliseum and various structures and walls, it all seems so suited to the artist temperament, and although he did a couple paintings that flirted with the edges of that world, he chose some pretty ordinary things, like this bridge access not far from our apartment. 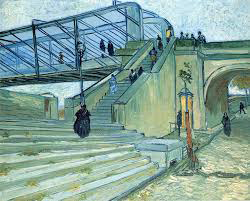 This is a very strong painting with a wonderful design and strong values. Here's how the site looks today: 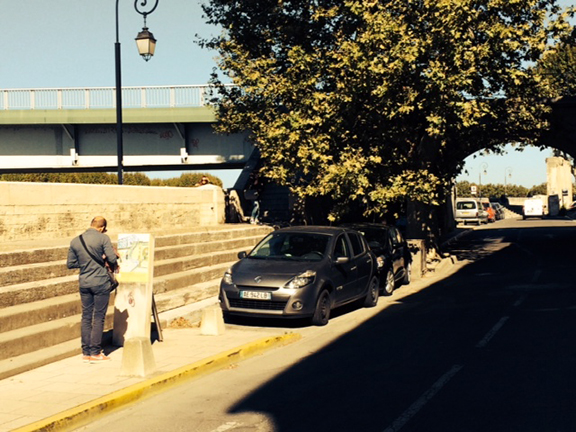 At each site, the town has put up a plaque on the spot that Vincent saw when he did the painting. The guy, at left, is looking at the plaque.

Yes, it appears the bridge is caged in the 1888 view and is much sexier than the steel, plain car bridge it is today. Here's another view with a closer look at the plaque: 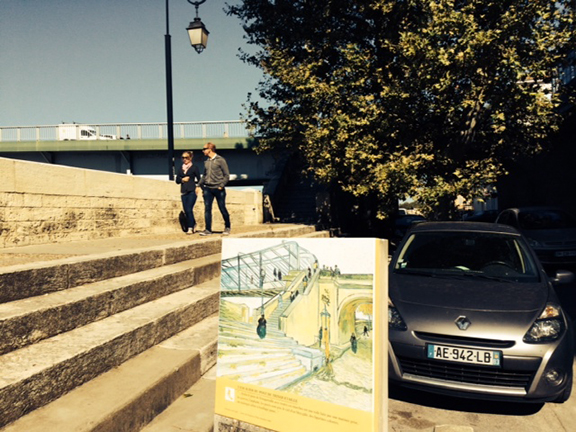 The actual scene of the Arles Bridge today. Note the small tree in the painting
has taken over the entire scene.

Not far to the right is this scene, which Vincent chose NOT to paint: 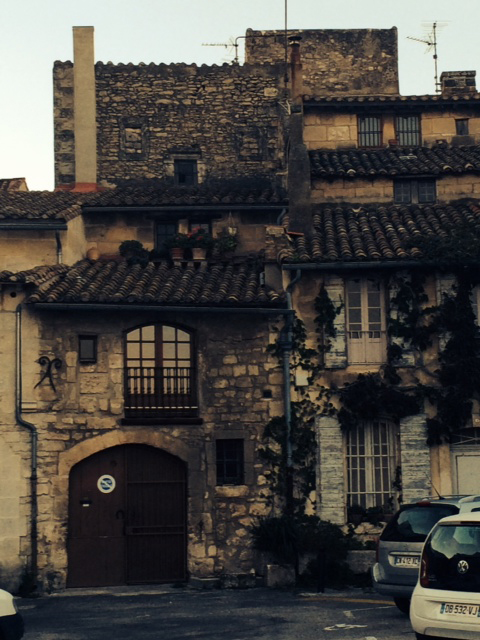 Today there are genre painters who paint nothing but these quaint, but dynamic scenes of these old facades and walls, but for the most part Vincent gave these scenes a wide berth. He definitely had a unique eye and perhaps some of it is rooted in his Dutch upbringing. Something else I learned is that van Gogh did not think much of "Yankees." There was a painter from the U.S. who was painting nearby and Vincent noted of him that, "He is a Yankee and probably paints much better than most Yankees do, but a Yankee all the same." Van Gogh thought Dodge McKnight was "a boor" and "a slacker" (his word). Funny, huh?

"There is an art of the future and it is going to be so lovely and so young. . .I feel it so strongly."
—Vincent van Gogh to his brother Theo