September 19, 2015
Well, the Brits say van Goff and the Dutch say, something like van Ghk-ough-chk. Has three syllables with a gutter stick at the beginning and end. Don't think I'll live long enough to pronounce it the way they do. And by the way, they pronounce it different in the south of Holland, wouldn't you know?

Here we are living it up on Gay Street in Brussells: 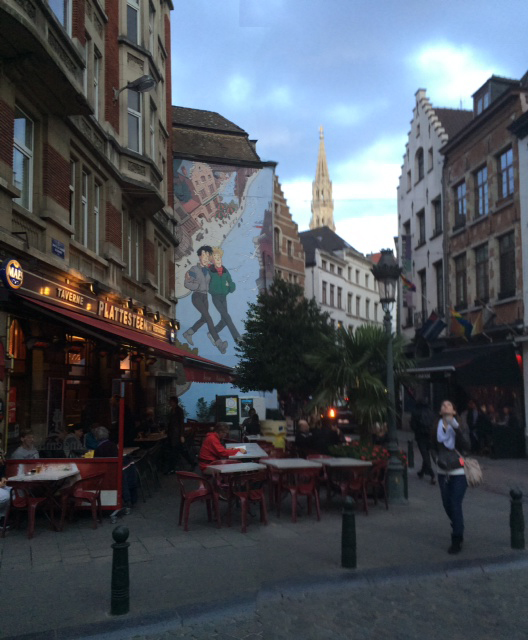 Gay Sreet with a giant gay cartoon on the wall of a building in Brussells.

I always try to be alert to how Americans are perceived in the old world. Here is an example of a huge, multinational American corporation buying a giant sign and squatting it on top of an old classic style building in Brussells. It you look up ugly American I think you will find this image there to illustrate it. 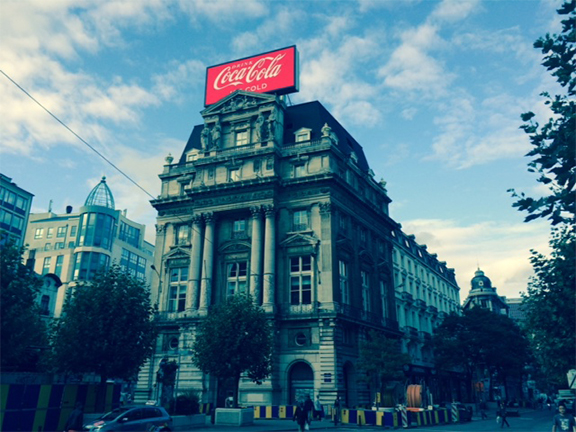 The Coke Building in Brussells

There was a terrorist incident on the trains yesterday. We were en-route from Einhoven to Brussells. A SWAT team took down a kid in a bathroom on the train in Rotterdam, which delayed all the trains in the area. We were affected.

We have been somewhat nervous about riding the trains from Einhoven to Brussells on Friday and on to Paris today. We did encounter delays and a few anxious moments when everyone around us on the train looked suspicious but after a bomb scare in Antwerp, we arrived safely in Paris today. Everyone could not have been nicer, especially this sweetie from Dordrecht: 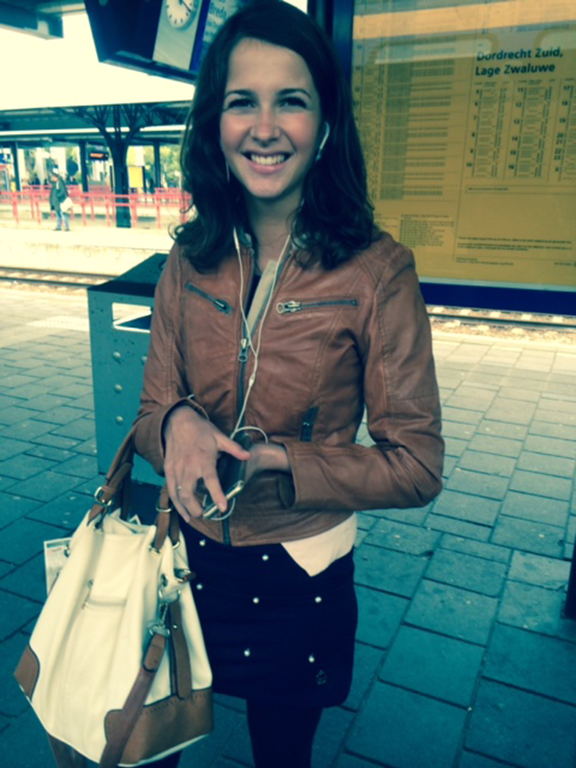 A Dordrecht Commuter Who Made Us Laugh And Calmed Us Down. 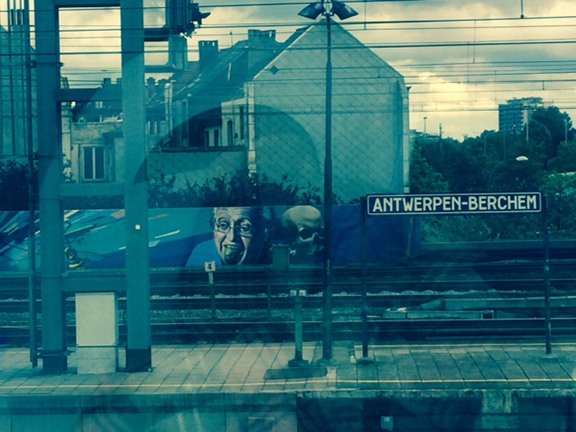 Antwerp After The Incident

Our tour guide in Brussells said there were 100,000 refugees in Belgium alone. However many there are, they are in the northern part of the city. We decided not to go gawk, so no, we haven't seen any walking the streets. They are in tents. They can sleep in a big building at night, but must leave at 8 a.m., so it's easier to just stay in the tents, moving all the children and such. She said she wants the U.S. to help more. An American traveling with us said he was sorry, but "we need to kill them over here, so they don't come to our soil." And then we split a beer.

"I am quite sure I have no race prejudices, and I think I
have no color prejudices, nor caste prejudices, nor creed
prejudices. Indeed, I know it. I can stand any society.
All I care to know is that a man is a human being -- that
is enough for me; he can't be any worse."
—Samuel Langhorne Clemens
Posted by Bob Boze Bell at 10:29 AM