"Blow Me" at The San Francisco Museum of Modern Art

August 13, 2016
We are three days in and five museums down on our San Fran getaway. On Thursday we took in the great Wild West show at the Legion of Honor and the robust Ed Ruscha show at the De Young in Golden Gate Park, and the next day we took a gander at the Beat Museum in North Beach, which celebrates this guy: 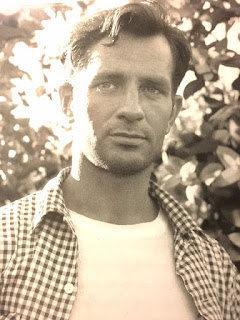 
This morning we took the No. 2 bus downtown, but we all had to get off at Mason because of a parade on Market Street. 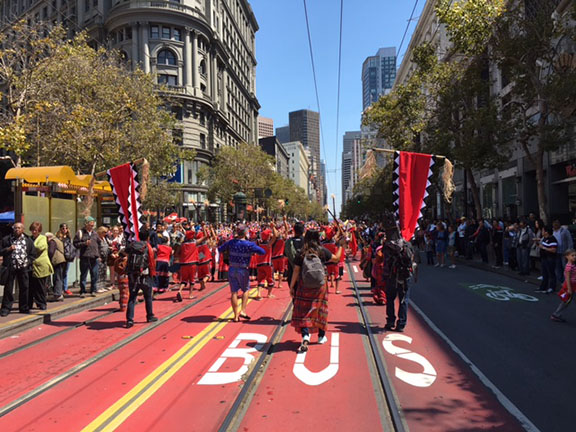 Filipino Culture and Cuisine Parade in San Francisco this morning.


Watched the parade go by for about a half hour then followed it down Fourth Street to Mission and then over the SFMOMA (San Francisco Museum of Modern Art). Huge building, seven stories high. Started at the top and immediately ran into some zany cow chips: 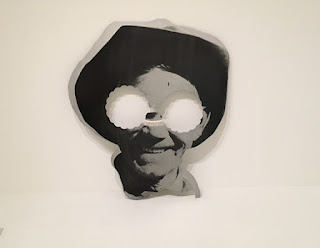 Vaguely amusing, but not terribly original. But then we ran into this precious crap:

I know, it's supposed to be edgy and dangerous. Frankly, it just sucks (he said, stooping to the same level of discourse). This stuff is so tired. After the furor over "Piss Christ" a decade or so ago, how many urinals can you hang in a museum? The answer is more than there are in the bathrooms. I counted six different urinals (full disclosure: a couple were grouped into one art piece.) I'd like to say, I unzipped my pants and attempted to use one and the guards came and pulled me away with me screaming at the top of my lungs, "Entrapment!" But, of course, I didn't.

As we descended the stories the art got better: 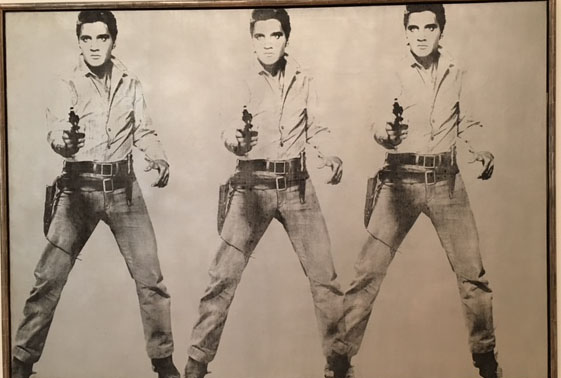 And on the first floor, I found this little gem: 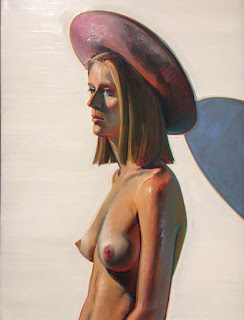 "Girl In Hat" by Wayne Thiebaud

I told Kathy I thought a famous abstract painting on the first floor looked incomplete, so she told me to go stand in front of it and now, at least, it has a theme. 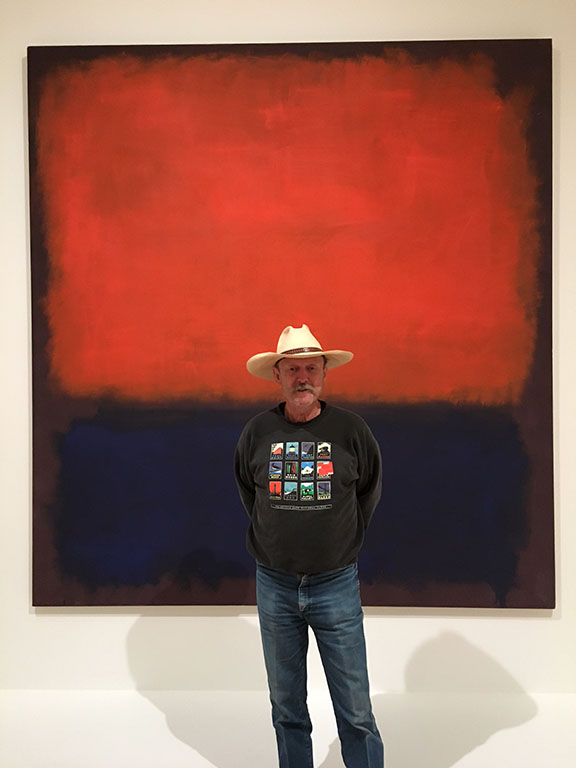 Daily Whip Out: "BBB Gets Into Abstract Expressionism In A Big Way."

After the MOMA experience we walked over to the Jewish Museum to see the Stanley Kurbrick exhibition and it was excellent. 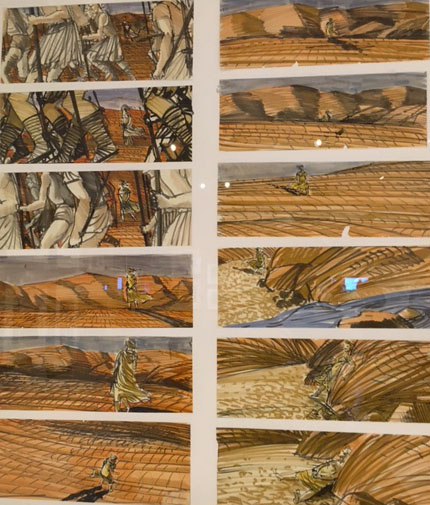 Storyboarding for "Sparticus" in the Stanley Kubrick exhibition.


And when we got back to our digs, this is the gaggle of influence I have accumulated, laying about on the nightstand: 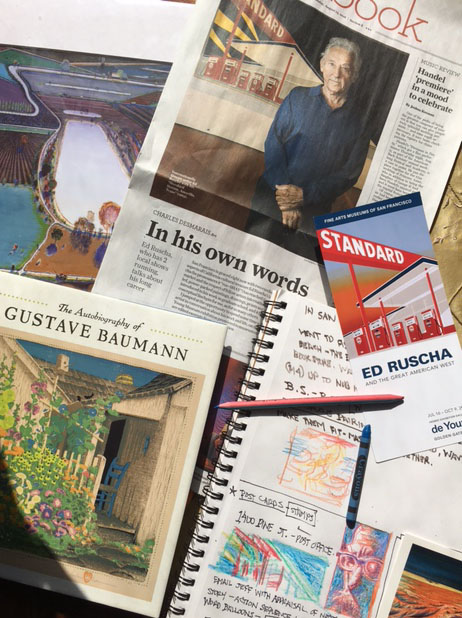 
"Photography is the inventory of mortality"
—caption on a sequence of photographs in the San Francisco Museum of Modern Art documenting the photographer's wife and her sisters through the years
Posted by Bob Boze Bell at 7:35 PM