August 17, 2016
Back in the saddle in my studio and at the True West World Headquarters. Rolled up my sleeves this morning and dove right into our next big extravaganza for our November issue:

The Legendary Life of Wild Bill Hickok
On July 21, 1865, "Wild Bill" Hickok shot his adversary, Dave Tutt, through the heart at 75 yards in a classic, stand-up gunfight on the square in Springfield, Missouri. That day a legend was born (and an entire movie genre, to boot). After shooting Tutt, Hickok allegedly turned, and yelled to Tutt’s onlooking friends, “Are you satisfied?” They weren't, but then who would choose to face those deadly Navy Colts? 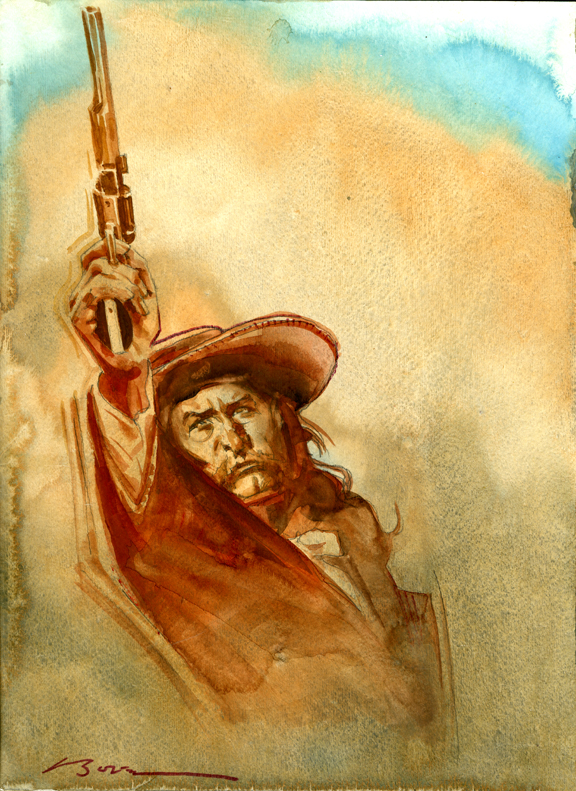 Speaking of being satisfied, I am not. And, I have a full-length version of this scene in the works for the issue. I'm aiming for the cover, but, unless it's spectacular, we often opt to go with a photograph, of which there are some sweet ones. We'll see. We're going to cover all of his gunfights, including his assassination in a big, 12-page opus.

"Never use this pistol to shoot down a man unless you find it absolutely necessary to the welfare of the people. Always protect a prisoner with your life, if need be."

—California sheriff Tom Cunningham, a veteran 27 year lawman, as he handed his six-gun and cartridge belt to the new sheriff in 1899. This came from author John Boessenecker