August 29, 2016
Thought I'd take one more crack at the Wild Bill Hickok cover concept. Found an old patina painting I whipped out a year-or-so ago and thought it had enough random integrity, that i might make an excellent ground for the painting. Transferred a tight pencil sketch late yesterday afternoon. 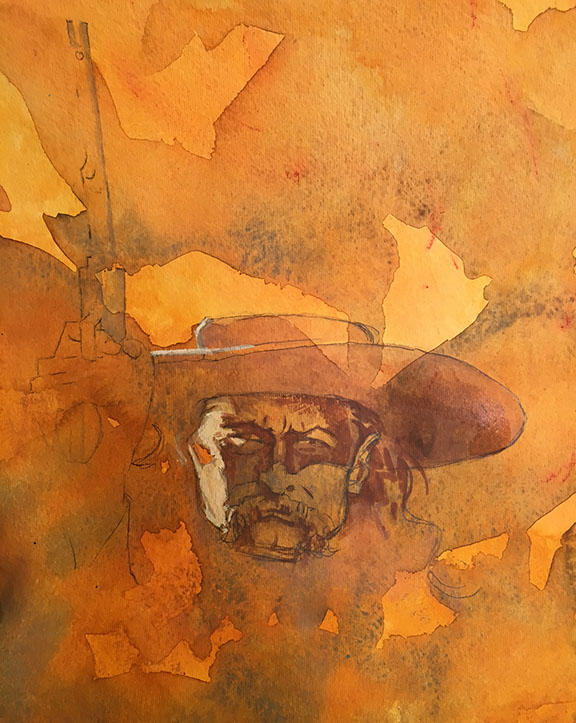 Whipped out a small portrait from one of his photographs to get warmed up: 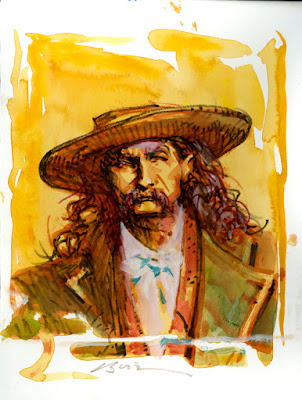 Got up this morning and bailed in around 6:30. Needed to finish before I went into work at nine. 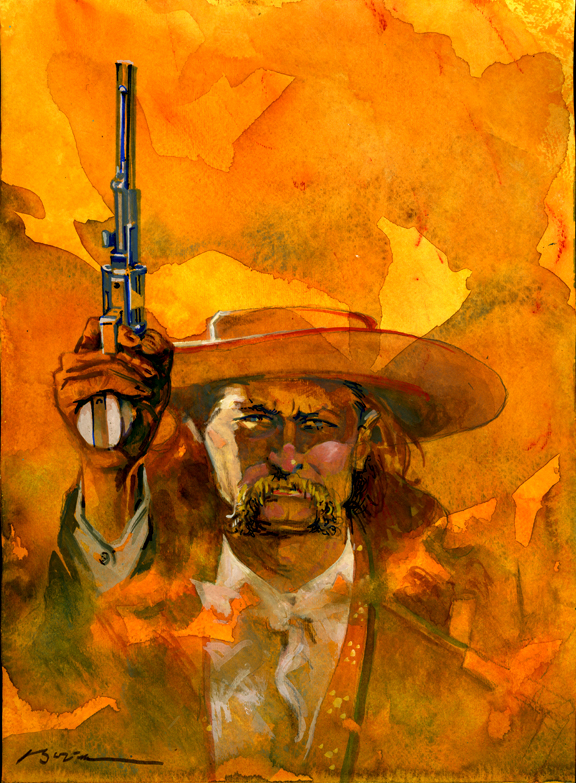 I've done a couple of these suckers now. Got an email from an artist friend who raved about the previous version: Hickok's Brief Career Upon The Stage
"Hickok arrived in New York with a flourish: he beat up a cab driver who tried to cheat him and told [Buffalo Bill] Cody that he would never make an actor. . .Cody realized he would have problems, because although Hickok 'had a fine stage appearance and was a handsome fellow, and possessed a good strong voice, yet when he went upon the stage before an audience, it was almost impossible for him to utter a word. . .according to the New York Clipper of September 15, 1873, Hickok walked on stage one night and 'gave an exhibition of rapid pistol-shooting and fancy shots.' It's impact must have been impressive, for Hickok's nationwide reputation had been built up around his ability with pistols and the number of 'bad men' he was credited with putting away in the interest of law and order. Consequently, the sight of Wild Bill suddenly drawing a pair of Colt's Navy revolvers and opening fire 'Gatling gun fashion' (despite the cloud of powder smoke engulfing the first three rows) must have thrilled an already captivated audience."

—Joseph G. Rosa, in his book "Wild Bill Hickok: The Man & His Myth"

"Wild Bill was a bad actor most anywhere, but he was an especially bad actor on the stage."
—The Chicago Inter Ocean Magazine, October 15, 1911 edition