August 12, 2016
When I'm in a city I like to seek out the history. Yesterday I had lunch at the Cliff House where John Henry Tunstall ate before departing for New Mexico. Today I stood on the wharf where the Apache Kid boarded a skiff for his new home on the Rock.

The Apache Kid's view from Fisherman's Wharf of his new home for 18 months.


And from there I walked down to the neighborhood where Wavy Gravy held court. 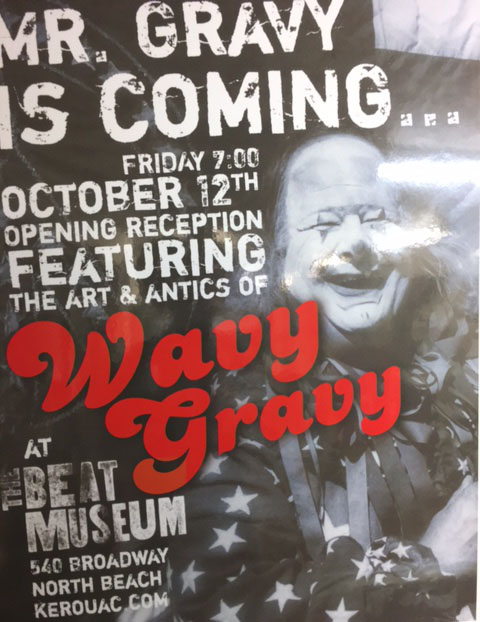 Wavy Gravy poster at the Beat Museum in North Beach


And then Kathy and I ate in Chinatown at Sam Wo's, which is world famous for once having the rudest waiter in the world—Edsel Ford Fong. I kid you not. Edsel is gone, but vibe remains and the food is fantastic! 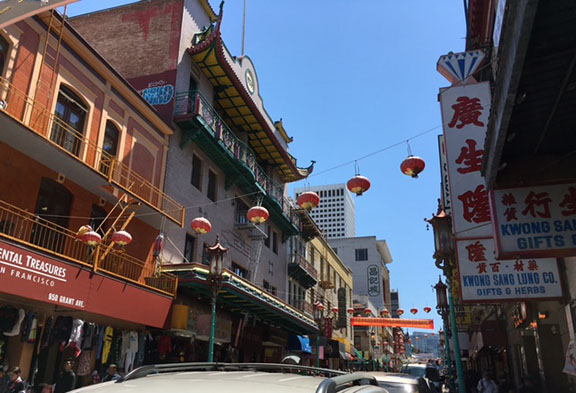 Chinatown, the home of Sam Wo's and Edsel Ford Fong.

Our waitress at Sam Wo's—who was very polite and sweet, by the way—told us several stories about Edsel and how rude he was, but the people loved it and he had a big heart, according to her. He was famous for saying to customers, "Sit down and shut up!" And then criticizing their orders and refusing to get them what they wanted, or making them eat other items off the menu. When the food came up the dumb waiter (Edsel commanded the second floor and the food was sent up by pully) he would bark, "There is your food, go get it yourself." Stuff like that. Isn't it amazing that a smidgen of rudeness is a total turn off, but that if it's turned up to ten, it's somehow funny and charming?  When our kids were growing up we took them to Sam Wo's and they loved it, and the waiters and waitresses were very abrupt and rude, telling you what you were going to eat, etc. I once brought a six pack of beer in and our waitress walked up to me and barked, "Mama!" with her hand out. I somehow knew exactly what she meant and handed her one of the beers. It was hilarious and we loved her immediately. What is that?

"I hate rude behavior in a man. I won't tolerate it."
—Captain Woodrow Call, Lonesome Dove