August 3, 2016
I have been noodling Tom Horn's outfit to wear in our Mickey Free story and I was inspired by a passage I recently read:


Stage Stop Station-Men Armed And Dangerous
"The Station-men wore pantaloons of course, country-woven stuff, and into the seat and the inside of the legs were sewed ample additions of buckskin, to do duty in place of leggings, when the man rode horseback—so the pants were half dull blue and half yellow, and unspeakably picturesque. The pants were stuffed into the tops of high boots, the heels whereof were armed with great Spanish spurs, whose little iron clogs and chains jingled with every step. The man wore a huge beard and mustachios, an old slouch hat, a blue woolen shirt, no suspenders, no vest, no coat, in a leathern sheath in his belt a great long 'navy' revolver (slung on right side, hammer to the front), and projecting from his boot a horn-handled bowie-knife."
—Mark Twain, "Roughing It"

That led to this sketch: 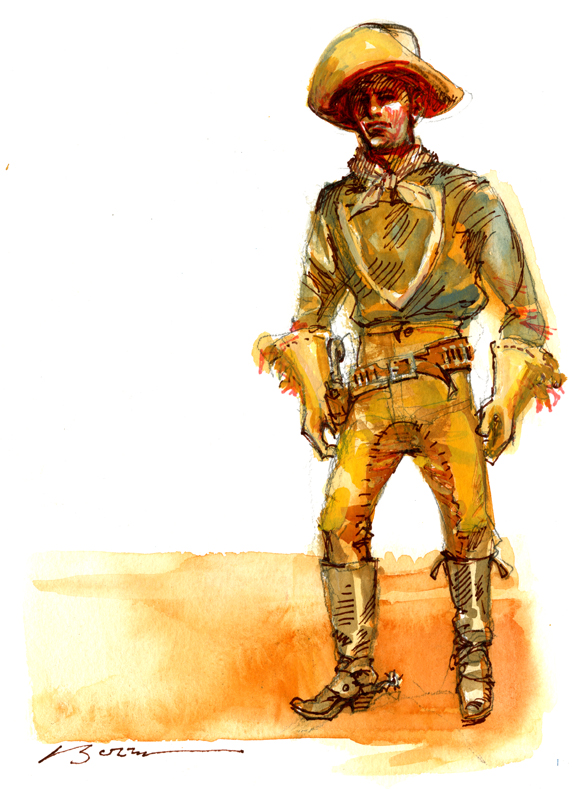 Today, I got this response from a Canadian cowboy friend of mine:

Foxed Pants And Bibbed Front Shirts
"First off, I really like the foxed pants you have him wearing. Hardly anyone, artists that is,
ever go to the trouble of illustrating that type of late 1800’s cowboy outfit. Foxed pants
were a lot cooler in the summer than wearing chaps if you weren’t in heavy brush country.
Which is likely why Charlie Russell’s cowpunchers are drawn with them. A lot of the Montana
open range wasn’t know for its trees then or now!
"In his book “The Cowboy at Work” by Fay Ward, 1958,he calls these leather lined foxed pant wonders “California Pants” with illustration and write-up on pages 227 and 228.
"I like the bib-front shirt also popular at about the same time. Shades of the Civil War uniform
I would guess. Was that shield shaped bib part of the army design?
"Got to mention the gloves with fringed gauntlets. You didn’t need cowboy cuffs with gloves like these."
—Bill Dunn

I got my bibbed shirt reference from various old photos, including this one: 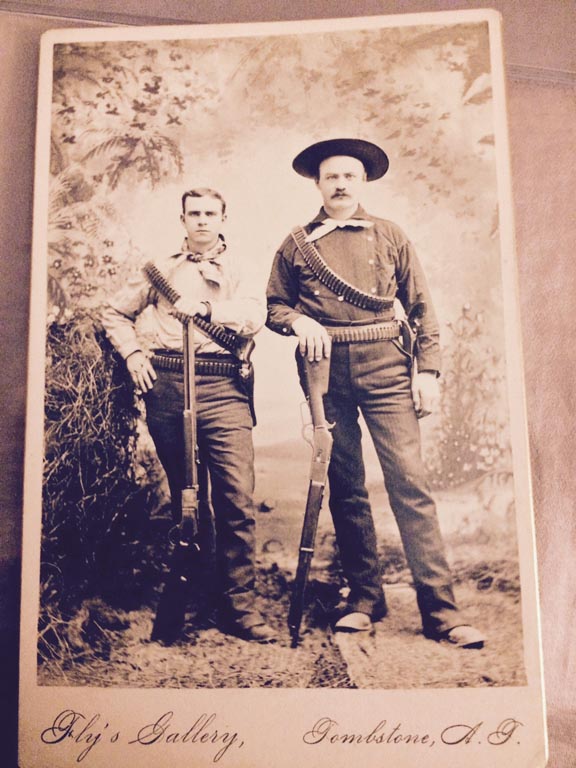 Although I couldn't resist giving Tom's bibbed design a white piping, which I poached from this guy's shirt: 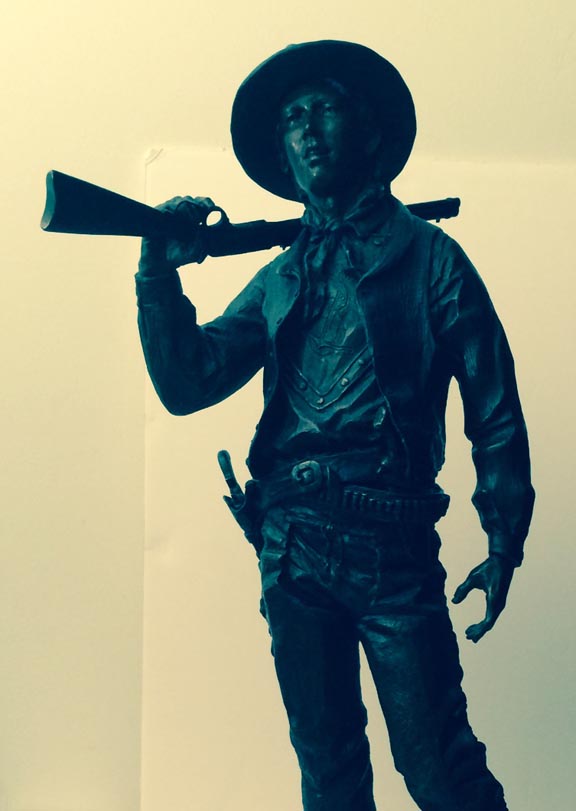 Billy's Bibbed-front Shirt as interpreted by Deb Gessner and Bronzesmith