My Twin Opponents: Underpainting And Overproducing

August 19, 2016
I'm reworking a splash page doubletruck for the Mickey Free graphic novel. I'm trying to capture that early morning light on the banks of the Gila River. This is the underpainting, without the Apache village (see pencil marks, middle right), or the young Apache warriors-in-training taking their first gulp of water. The tone is right, but the toughest work is to add in those elements without destroying the feel. Verdict coming soon enough. 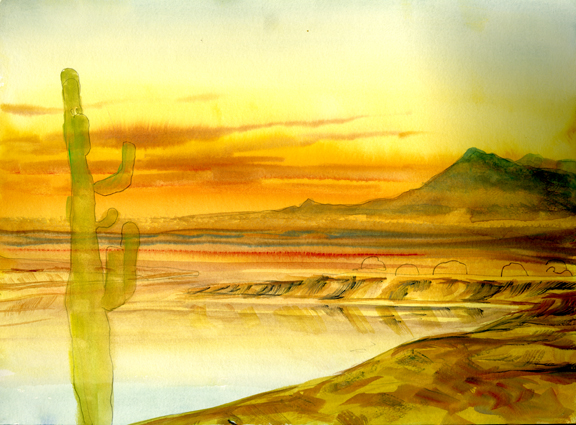 I often work on several underpaintings at the same time, especially if I have a pool of mixed paint that rings right in the sweet spot. In addition to the Mickey Free underpainting posted previously, here are two more skies in progress, aimed at a Wild Bill Hickok doubletruck I'm working on for the November issue of True West magazine. 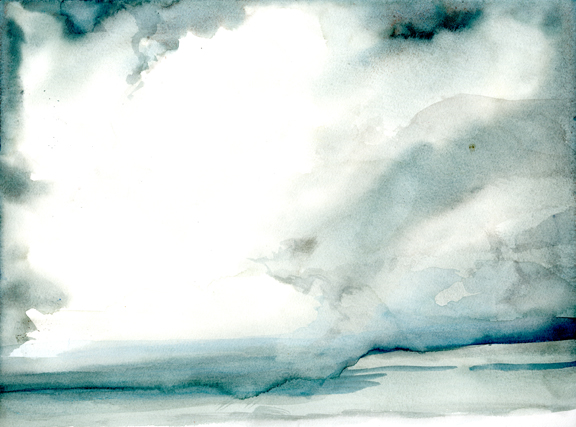 Daily Whip Out: "Underpainting #1 for 'The Town Tamer'" 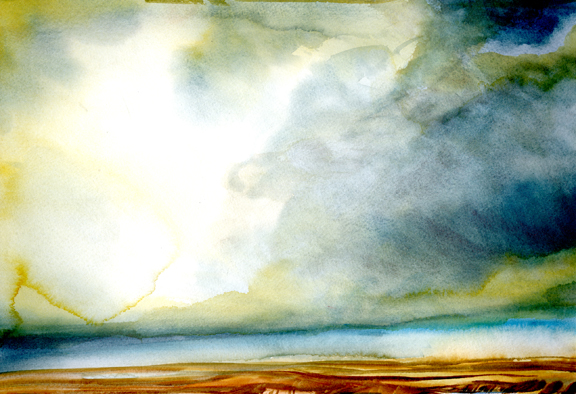 Daily Whip Out: "Underpainting #2 for 'The Town Tamer'"

Unfortunately, these two scans do not show the subtlety of the cloud forms in the white space which actually has some very strong shape and tone. Not sure why it's not showing (disturbing, since I'm really trying to hold back on pushing the cloud shapes too far). The scans also exaggerate the blue, which is in person actually more gray.

"If you can't write your idea on the back of a business card, you don't have a clear idea."
—David Belasco