Fleshing Out The Pinecone Sequence

August 9, 2016
Worked all day on illustrating the pine cone seekers sequence in the Mickey Free graphic novel. Here is the payoff to the quest, where the Apache warriors in training run high enough into the Graham Mountains to fetch a pine cone and head back down. 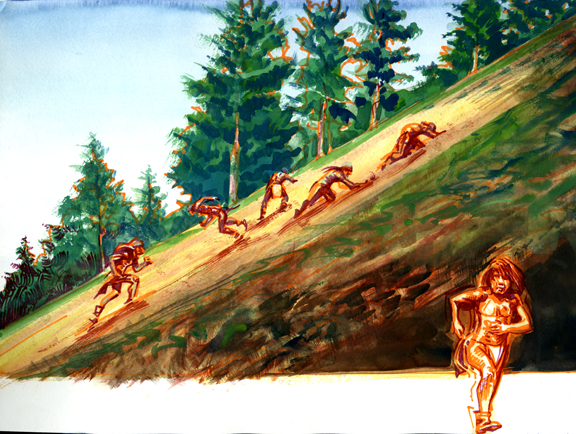 Of course, one of the boys, a captive with one eye, is very slow and as some of the older boys come rambling down the mountain they trip him, still struggling up the steep grade. 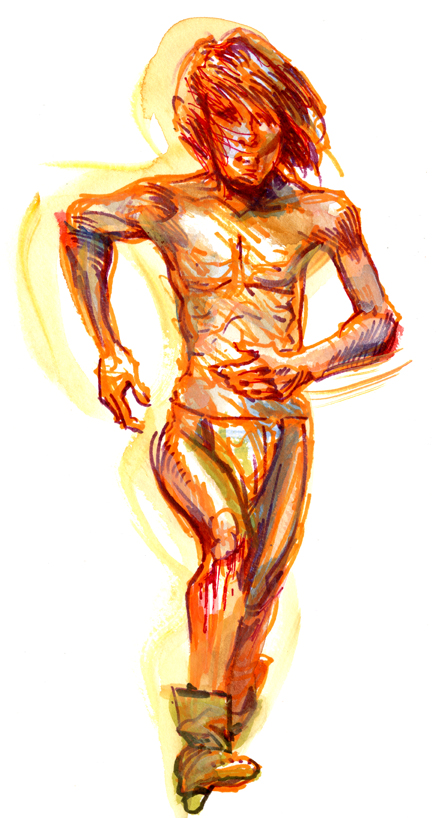 Daily Whip Out: "Bloodied But Not Bowed"

The cut and bleeding knee is inspired, but I made a mistake and have to redo this scene for the final. I was trying to capture that runner's gasp with the mouth open, and forgot that the pinecone quest is done with the the mouth closed. Duh!

Also, did a scene of our narrator, Jim Young: 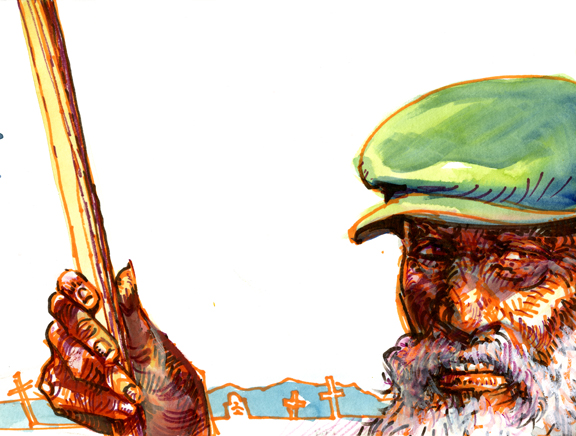 Daily Whip Out: "Jim Young: 'To the old-time Apaches, mercy was
not a virtue. That's why the Mickey Free story is so strange to me.'"

Heading out in the morning for a little getaway with my honey.

"Doubt is not a pleasant condition, but certainty is an absurd one."
—Voltaire