September 23, 2016
For some time now I have been jammin' on campfire light.  Not easy to do and I'm still struggling with the dynamic. 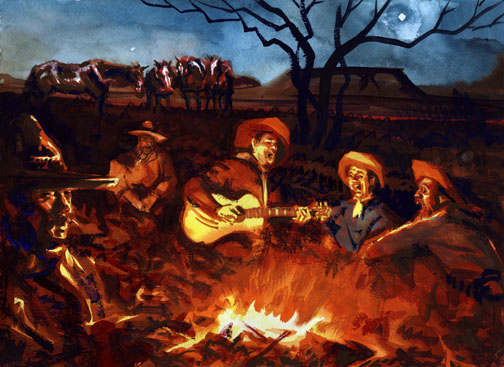 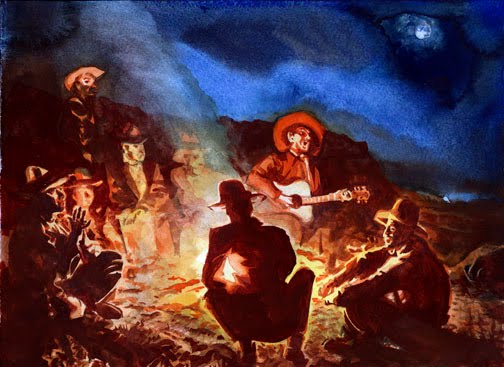 My good friend Johnny D, is doing a CD of a little known Arizona cowboy singer named Romaine "Romy" Loudermilk who sang around the Southwest in the twenties and thirties. Johnny found some of his early performances on tape and has preserved them for posterity. He offered True West the opportunity to give them as gifts to new subscribers and we jumped at the chance. This morning I took another swing at the concept. 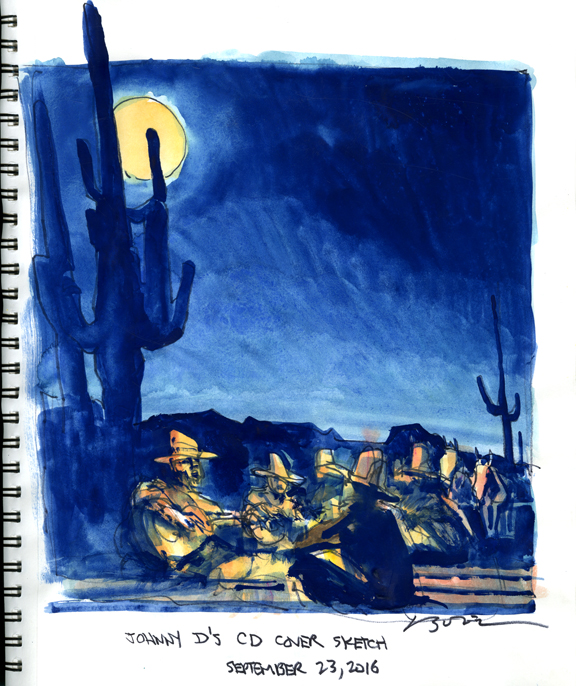 But, of course, as I'm working on the final, I came up with an entirely different name for the painting: 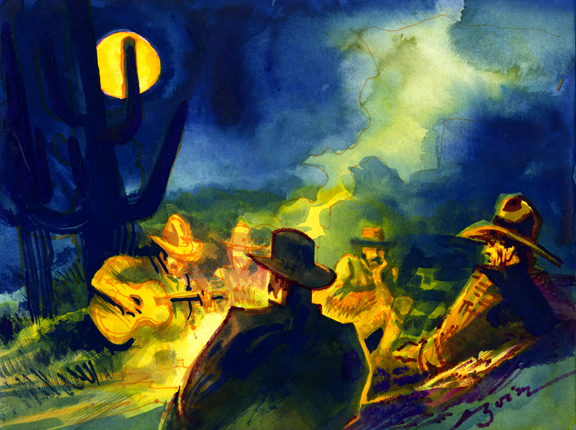 Daily Whip Out:
"The Boys Were Not Quite Sure What to Make of Ernie's
Letter Perfect Intro to Led Zeppelin's 'Communication Breakdown.'"

I doubt that Johnny will use this, but I do know he will appreciate the humor.

"In the days of my youth I was told what it's like to be a man. . ."
—Led Zeppelin, "Communication Breakdown"