The Wolf at The Water Hole

September 13, 2016
I've just seen one of the most original Westerns I've seen in a long time and it's called "Theeb," which is Arabic for wolf. This translation is unfortunate, because, unlike the Spanish word for wolf—Lobo—Theeb sounds like someone stubbed their toe. 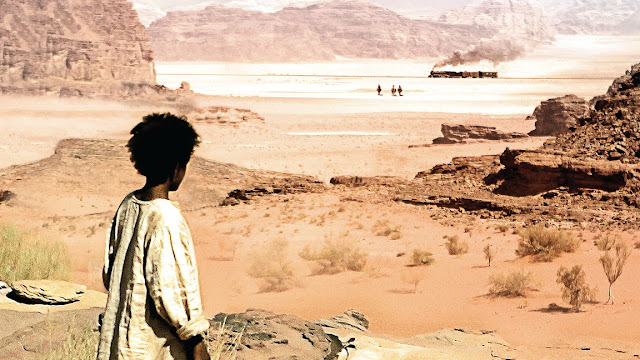 "Theeb" looks, breaths and moves like a Western—many are calling it a "Bedouin Western."

Filmed in 2014 on the deserts of southern Jordan the first time film by two young kids, Bassell Ghandour and Naji Abu Nuwar, who went to live in a Bedouin village for a year before they filmed. Oh, and they taught the locals how to act at weekend workshops and then had them audition for parts. The only fly in the ointment was they couldn't find any women who would agree to act on film. They thought about importing actresses but they knew they wouldn't have the same Bedouin accent as the men and decided to do without them for authenticity.

The small film was up for a foreign language Academy Award this year. The British officer in the film, Jack Fox, is the only "real" actor.

The main character is a young boy named Wolf—Theeb—who steals away on a mini-caravan headed for a dangerous water hole in the Hejac Province of Arabia in 1916. The filming of the journey is very unique because almost all the scenes are POV, shot from behind the riders, so
they are constantly moving away from us. This has an accumulative effect on the storytelling, because we see what they see and this creates some very imaginative reveals. It also creates tension. After seeing countless thousands of Westerns it's amazing to me no one has approached a Western journey this way. 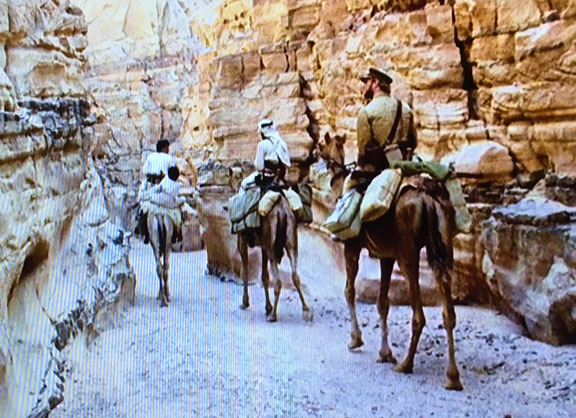 The camera moves along from behind the riders, limiting our view of what's coming.


It gets better. When the first ambush happens, it's played out with very limited vision. We experience what Theeb and his brother are experiencing. We don't know where the firing is coming from and we are pinned down. Really effective.

A poem, at the beginning states the theme:

In questions of brotherhood never refuse a gift.

Be the right hand of the right

when men make their stand.

And if the wolves offer friendship

do not count on success.

They will not stand beside you

When you are facing death.

One of the themes of the movie is "the strong eat the weak" and although this sounds trite it is played out masterfully with unique little twists that play smartly all the way through.

The most amazing sequence, to me, is when a raider, who has been shot, returns to the waterhole where the boy has been abandoned and left for dead. We see the raider on a black camel way off in the distance. The boy starts walking warily towards the camel, which has stopped to eat a dead bush. The camera, follows along behind the boy and we gradually see what the boy sees. The raider has lost blood, is passed out and falls off the camel to the ground. We think he's dead but he comes to the next day, asking for water. I don't recall ever seeing this in a Western, where a bad guy is shot, rides away, his mount wanders back towards water, carrying the wounded outlaw. I won't give away what happens, but if you like quirky Westerns give it a look. And, to the makers of the film, consider this title for a re-release party: 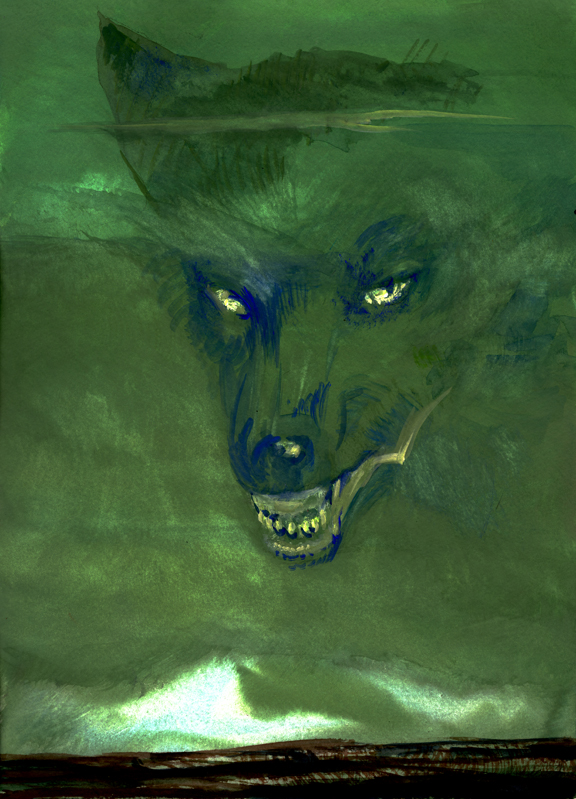 Daily Whip Out: "The Wolf at The Water Hole"

"The novel of a thousand pages begins with a single scene."
—James Scott Bell (no relation)