Undercover Babysitting Assignment: You'll Never Guess Where I Am

September 15, 2016
Took off from Phoenix on Wednesday afternoon, flying under an assumed name (R. A. Bell) and landed in a northwestern enclave known for fish throwing and people who never honk in traffic. If you must know, I'm undercover, doing top secret babysitting for a certain grandkid.

Booked a room in a one bedroom walk-up on Sixth Street ($150 a night), overlooking a freeway that runs wall to wall 24-7.

Met a former El Encanto bartender on top of the town's tallest building and had a drink. Before we left I excused myself and took this photo out the bathroom window: 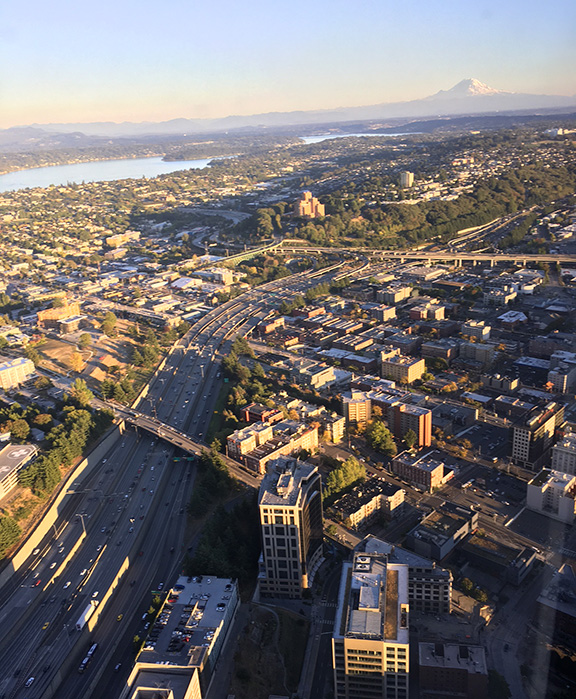 
Took a walk this morning down to Pioneer Park to take in the Klondike Museum. Enjoyed it. A Park Ranger there told me that before he took off for Saint Michael, Alaska, Wyatt Earp used to gamble at the J&M Cafe on 2nd Ave, and that it's still there. I am skeptical of the claim, but, of course I had to walk over there and have my picture taken in front of it. 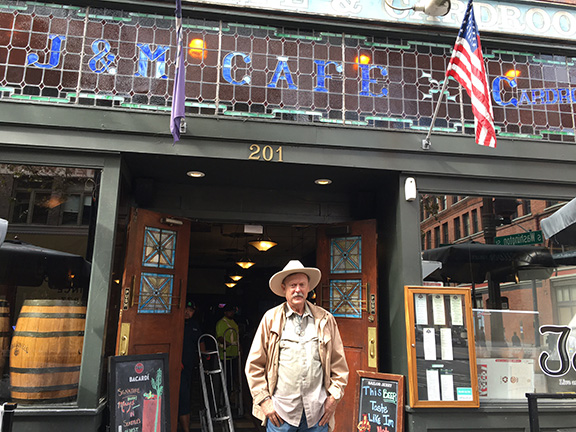 BBB at the J And M Cafe on Second Avenue

Walked up Fourth to Pike Street and then down to the waterfront to watch some guy throw fish. 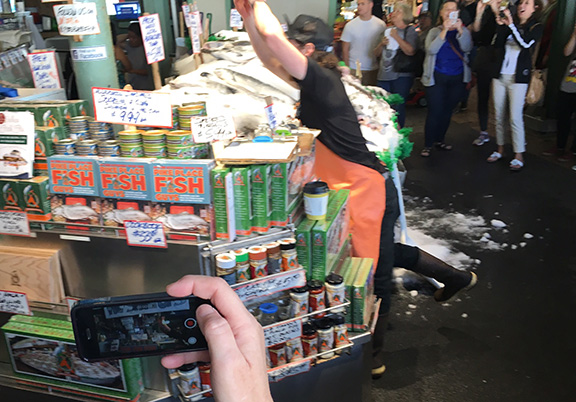 Saw an alleged photo of Wyatt Earp walking home with a bag of fish in the early twenties: 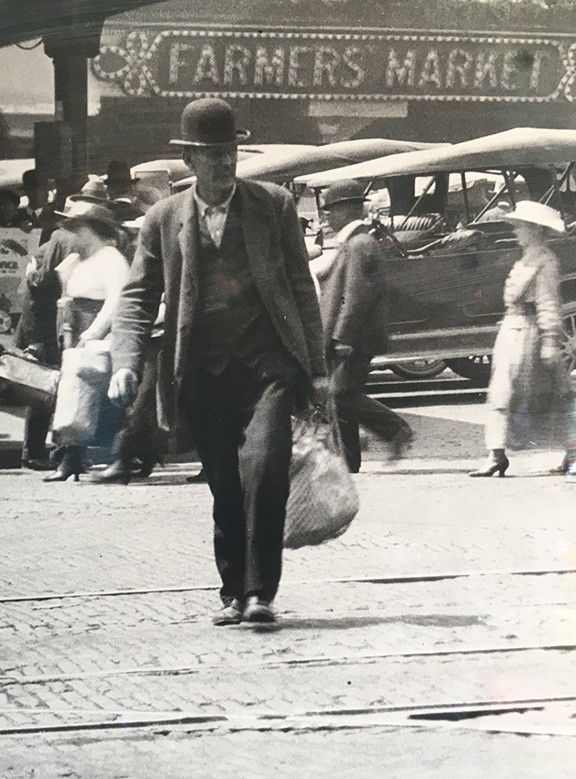 An fishy photo of Wyatt Earp

Came back to room to write this up. Posted photo of Wyatt Earp buying fish on Facebook and mentioned I want $2.4 million for the photo. We'll see if anyone takes the hook. Assignment starts tonight. Nervous. Numerous pics to follow.

"If you choose to take this assignment, no one must know the location."
—Mission Control